Photograph by Neale Eckstein, courtesy of the Kahler family.

Once every four minutes, someone in the United States is diagnosed with blood cancer; every ten minutes there’s a related fatality. Musician Bill Kahler got his diagnosis in March 2012 when he visited the doctor for a bad cold and learned his condition was far worse: leukemia and lymphoma. “I had a blood test done, and the doctor called me on a Sunday afternoon to tell me that my blood was toast,” he recalls.

Traffic, more than consumer research, brought Kahler to Northside Hospital in Sandy Springs for treatment. “We didn’t have time to get on the Internet, to think about going to Sloan-Kettering or anywhere else,” he says. Kahler chose Northside because his wife, Marita, could drop him off for appointments on her way to work. (Disclosure: Marita Kahler, a longtime Atlanta magazine employee, left our staff several years ago.)

As luck would have it, the Kahlers made an ideal choice. For the third consecutive year, the bone marrow transplant program at Northside achieved the top posttransplant survival rates in the nation, besting its counterparts at Johns Hopkins, Boston’s Dana-Farber Cancer Institute, and, yes, Sloan-Kettering. In the most recent report by the National Marrow Donor Program, the one-year survival rate of Northside transplant patients was 78 percent.

Northside, which launched its program in 1997, has built a unique model focusing primarily on factors that produce better survival outcomes. Dr. Asad Bashey, medical director of research for Northside’s Blood and Marrow Transplant Program, says the culture in traditional academic medical centers rewards physicians more for getting research grants and teaching positions than for achieving patient results. “At Northside, we focus on two things: clinical outcomes and clinical research . . . not lab research,” he says.

When the first bone marrow transplants were performed in the sixties and seventies, the natural response was to keep patients in sealed, filtered hospital rooms for six to eight weeks during the initial phase of treatment. That still happens—not because patients need hospitalization, but because nobody’s revamped the process despite new drugs, research, and transplant techniques. Northside is changing that pattern, sending most patients home as early as possible, with attending physicians on twenty-four-hour call. Bashey believes patient outcomes improve when recovery happens at home. “You stay in the hospital and two things happen: You get exposed to a lot of bacteria that are highly drug resistant, and a patient who was previously quite healthy, active, or physically strong becomes less active, less healthy, and much less physically strong. The impact on the immune system is tremendous.”

For Kahler, Northside’s outcome-based clinical research meant the difference between life and death. After three months of aggressive chemotherapy destroyed the cancer in his bone marrow, his doctors were not able to contact the only matched stem cell donor in the international registry. So Kahler had a haploidentical stem cell transplant, a newer procedure pioneered eight years ago at Northside in collaboration with Johns Hopkins. The treatment uses anti-
rejection drugs and special posttransplant chemotherapy to make a 50 percent match as effective as a 100 percent match, often allowing family members to donate stem cells. Kahler’s son, Justin, was able to donate, and Kahler celebrated his one-year survival in August,

Orthopedic surgeon Kellie Middleton, MD/MPH, on balancing care for individuals and the community 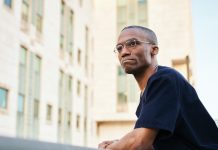 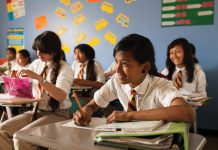