Home 31.81 Jekyll Island In The Service of Others 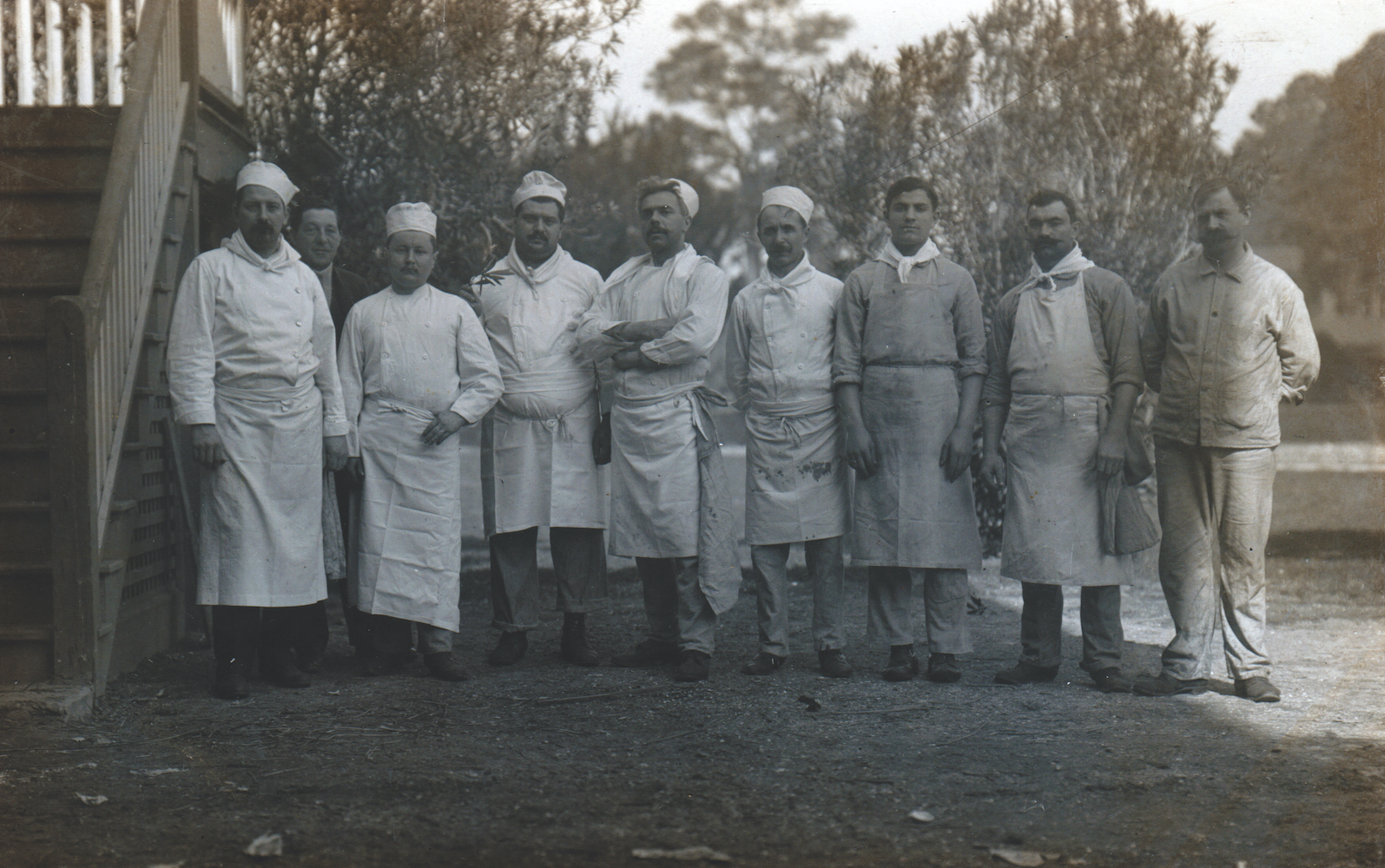 Jekyll Island has many different histories, from the modern State Era, when Jekyll opened as a State Park, back through the Plantation and Colonial Eras, back even further, thousands of years ago, to the time that the Mocama and other Native Americans settled here. The island’s best-known and most mythologized period remains the Club Era, from 1886 to the start of World War II, when Jekyll was a private playground for America’s rich and famous. Titans of industry—the Rockefellers, Vanderbilts, and Morgans among them—vacationed in luxurious cottages and the lavish Jekyll Island Club. They transformed the island into the world’s most exclusive retreat.

Within that gilded age existed a separate history, though, a photo-negative that ran parallel to, but mostly apart from, the storied world of old money. It was a place of back staircases, outbuildings, and a subterranean laundry; of cramped quarters and modest houses where the working class faithfully toiled in the shadows of their celebrity benefactors. It was a world inhabited by hundreds of men, women, and children who, while the wealthy had their fun, worked to keep Jekyll Island alive and running.

Life was not easy for the workers of Jekyll Island. Their days were spent filling many different roles: maid, cook, chauffeur, valet, nurse, carpenter, and laborer, to name a few. Though it’s impossible to get a true feel for a typical day for the servants toiling in the shadows of the rich and famous—typical days did not exist in the Club Era—a patchwork of anecdotes passed down through generations of Jekyll residents paints a picture of these people who dedicated much of their lives to the service of others.

To view the Club Era through the eyes of those who served, the natural place to begin is with Charlie Hill, the patriarch of Jekyll servants. Hill was said to have been part of the first delegation sent to survey the island when the possibility of a grand club on Jekyll was being considered in the 1880s. In 1891, the Maurice family of Hollybourne Cottage hired him as a coachman and caretaker.

In the beginning, two kinds of servants worked on the island. There were those who traveled with the wealthy snowbirds from the cities in the north. These were personal assistants, mostly of European descent—usually Irish or German—who filled any number of specialized needs, from footmen to hairdressers. Andrea Marroquin, curator at Mosaic, the Jekyll Island Museum, says that one family reportedly brought along a person whose sole responsibility was described as “packer of jewels.”

The rest of the island’s workers, like Hill, came from the nearby mainland, mostly from the Brunswick area. Like Hill, they lived on the island year-round. A vast majority were African American (about 77 percent), and they worked either for the Club (as anything from ferrymen to housekeepers to groundskeepers to gamekeepers) or the individual families (as cooks, maids, stable keepers, caretakers, or just about any other job). Some, like Hill and his wife, Angie, who also worked for the Maurices as a laundress, lived in houses near their employer’s cottages. Sometimes, the servants lived in rooms inside the cottages themselves. But a large cluster of them lived just steps from the Club in buildings along Pier Road.

During the Club’s heyday in the 1920s, Pier Road sported nearly 120 structures, both residences and businesses, for employees. There was a taxidermy shop, an upholsterer, several woodsheds, a dining hall, and The Commissary, a general store that sold provisions and served hot food. Every day, the Club foreman would ring a bell at noon, calling in the workers for their midday meal. He’d ring it again for dinner in the evening. As a result, Pier Road became known as “Feeding Road.”

The rest of the time, from dawn to dusk and into the night, the servants were performing their labors; out in the Coastal Georgia sun, or in kitchens, laundries, and workshops. Still, these positions were highly sought after. For working-class, blue-collar people, a position on the Jekyll Island workforce was as exclusive and elusive as Club membership was for the rich. “It wasn’t just the members who had to have the right checkbook balance, relatives, and acquaintances to get onto the island,” says Marroquin. “It was the same way with employees.”

Hill, as one of the original servants, wielded his patronage up and down his family tree. His brother was a groundskeeper, his nephew a caddy, an in-law was a wagon driver, and his daughter was a schoolteacher.

The allure of the work, primarily, was the pay. Hill made $25 a week during the height of

the Great Depression, when most people were lucky to scrape together a dollar or two. A head chef made $150 per month, a chambermaid $50, with most unskilled jobs still earning $20 a month. As everywhere else, men were paid more than women and whites more than blacks. (A white woman earned double that of a black woman.) Work on Jekyll was relatively lucrative for the time.

There were perks, too. Sometimes the wealthy employers were good tippers and gift-givers at birthdays and holidays. Other times they might even invite the employees to dinner or a party or dance. Sometimes, the Maurices were known to leave their house to their staff so they could have the run of the place for their own party.

Perhaps the biggest bonus to working and living year-round on the island was the fact that the aristocratic bosses were usually around for only three or four months during the winter. For the remainder of the year, the full-time residents were mostly free to roam the island and take advantage of its amenities. They could use the bowling alleys and tennis courts, swim at the beach, and enjoy their own dances and costume balls. Hill’s nephew, Earl Hill, became a scratch golfer by hitting the course in the offseason. “The island was still segregated,” Marroquin says. “But there would have been a lot more freedom for the African Americans from the Jim Crow rules on the mainland.”

The party, unfortunately, didn’t last. With the onset of World War II, the Club Era came to an end and the Club closed. Charlie Hill and Angie helped the Maurice daughters pack up their house for their final winter on Jekyll, in 1942. The island all but shut down. Hill, one of the originals, died in 1974, at age 99.