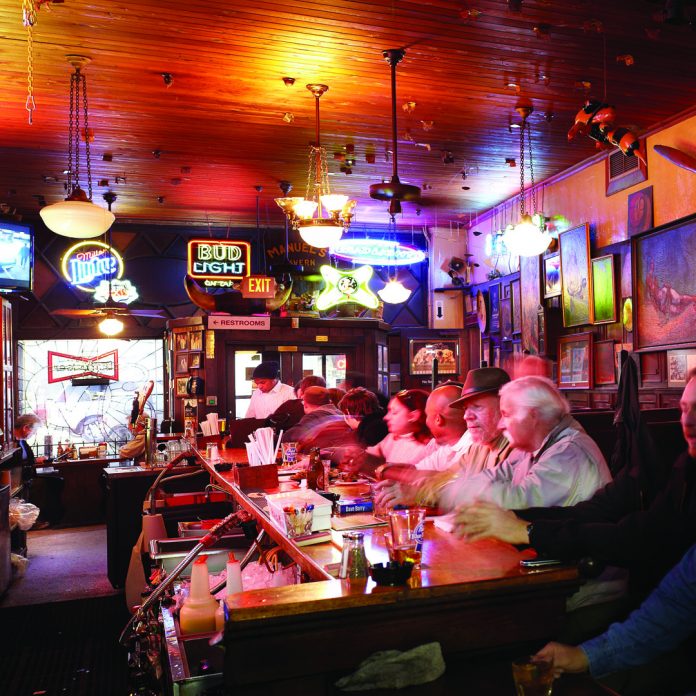 Near the end of Maynard Jackson’s second term, a few of us from his office used to get together after work to hoist a few and gossip and bitch. Manuel’s Tavern became one of our gathering places. We called ourselves the Government in Exile, since we wanted to believe we had kept our power and influence. Since then, the GIE has been maligned in City Hall, in newspapers—even in court—as a secretive cabal of nefarious power brokers. We of course have encouraged those exaggerated and often downright erroneous reports. They make us feel important.

During that time we’ve had a ton of people come through, stay awhile, and sometimes just stay. Media folks, politicians, would-be politicians, judges, literary folks, and assorted interesting people (including four Pulitzer winners) have and do come by, to hoist a few and gossip and bitch—just like we’ve done from the start. The GIE is now in its thirty-first year. Every Tuesday at six.