Home Uncategorized Desert Storm: The first war televised live around the world (and around...

My first day at CNN was August 1, 1990. After a career spent in newspapers, I needed time to become familiar with CNN’s staff, operations, finances, and plans for the future. But on my second day—August 2, 1990—Saddam Hussein invaded Kuwait. There would be no orientation honeymoon. President George H.W. Bush announced on CNN and other channels, “This will not stand.”

Sanctions would force Hussein to withdraw from Kuwait—or the United States and its allies would drive him out militarily. Too much oil and too many urgent dangers to U.S. allies in the region were at stake.

It was clear that CNN needed to be prepared to cover a major military conflict. I advised Ted Turner that the network would need to exceed its forecast budget by millions if we hoped to provide 24-hour war coverage. Mobile ground uplinks needed to be placed. Satellite transponders needed to be booked. Circuits needed to be reserved. Staffers needed to be deployed.

I asked Turner, “How much money over our 1991 budget am I authorized to spend?”

His answer was swift and short: “You spend whatever you think it takes, pal.”

With that authority, CNN prepared for war.

Eason Jordan and Robert Wiener had the foresight to install a “four wire,” a separate system to send audio feeds from the Al Rasheed Hotel to CNN’s center in Jordan and then back to Atlanta by satellite feeds. “The first thing that will go down after an attack on Iraq will be its power systems and its communications,” Wiener said.

When the war finally started, we were ready. On January 16, 1991, CNN anchor Bernard Shaw reported to the world, “The skies over Baghdad have been illuminated . . .”

As predicted, Iraqi power and communications systems were destroyed by stealth fighter jets and cruise missiles. Every media company based in Baghdad—except CNN—lost power and transmission capabilities. Only CNN broadcast live to hundreds of millions of people worldwide. All channels turned to us for exclusive coverage; there was no place else.

Back then CNN was the only global 24/7 news channel. That live coverage of war—the first time it had been televised worldwide—transformed the media landscape. CNN became required viewing for informed citizens and heads of state, the one truly global news source. That has changed now, with multiple cable networks and news breaking on social media. But without the investment in journalism from visionary owners such as Turner, today’s networks focus more on commentary than newsgathering.

The Gulf War was the most significant moment in CNN’s history—all possible because Turner said, “Spend whatever you think it takes, pal.” 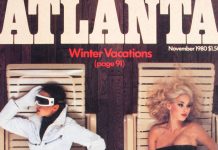 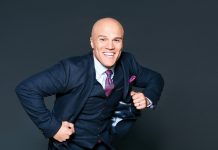 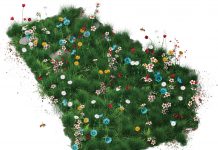