Home Eldredge ATL 2011 AIDS Walk Atlanta & 5K Run already on fundraising sprint with...
Atlantans are notorious for waiting until the last minute to solidify their social calendars. But with local charitable giving drying up as fast as earnings in a 401K plan, organizers of the 2011 AIDS Walk Atlanta and 5K Run are getting proactive with advance fundraising for the Oct. 16 events. On Tuesday night, Livingston at the Georgian Terrace hosted the first-ever “Celebrate!” celebrity bartender cocktail party event featuring the Red Ribbon cocktail, a blend of Stoli Raspberry vodka, muddled fresh raspberries, mint and soda. The party’s hosts graciously donated 50 percent of each $11 cocktail to the AIDS Walk Atlanta fundraising efforts.
“It’s time to get creative,” AID Atlanta assistant event manager Kristen Petillo told Intel. “This is the first time we’ve done this and we’re very pleased with the turn out. We already have 200 teams signed up to walk but our goal is 550 this year. Creating awareness at events like this really helps.”
Fresh from two hours in the anchor chair, nibbling a salad and sipping water was WSB-TV anchor Jovita Moore (apparently the only member of the Action News anchor team not on vacation this week) who was emceeing the evening. On Thursday and Friday, Moore will co-anchor the 4, 5, 6 and 11 o’clock Action News broadcasts as well. On Friday night, after an hour off for good behavior, Moore will co-host the 2011 Shuler Hensley Awards broadcast with Fred Blankenship at 8 p.m. on WSB-TV, featuring the finest in metro-area high school theatre programs. The show, shot earlier this year at the Cobb Energy Centre, features a video message to the kids from Tony winner Hugh Jackman.
“I thought the roof was going to come off the place, the kids screamed so loudly!” Moore recalled laughing. “The show is so much bigger this year. The hardest thing about broadcasting the show is editing it, knowing some of that great talent won’t make it to air. But it’s a great way for viewers to see just how much theatre talent we have here at the high school level.”
Celebrity bartender and the always hilarious Broke Socialite blogger Shameeka Shy Ayers was only too happy to contribute her time and fabulousness to the evening. “We all have to do our part,” she said. “I am Sylvia Shy‘s daughter and I am Pinkie Shy‘s granddaughter. They taught me that we are all citizens of the world. This is our shared responsibility.”
Atlanta singer-songwriter Doria Roberts and her wife Calavino Donati took some time away from their popular East Atlanta Urban Cannibals Bodega + Bites business to support the cause. Roberts had an advance copy of her forthcoming seventh album, “The Blackeyed Susan,” a tribute to her civil rights folksinger heroine Odetta, with her. Each copy of the CD will be housed inside a beautiful wood box made from discarded guitar making materials and a host of treats will await longtime fans in each keepsake. Roberts told us that the album (created by Roberts fans via Kickstarter.com who donated $23,000 to fund the project) will be the only one in her catalog that will not be available digitally.
Before his bartending shift, we asked Atlanta City Councilman Kwanza Hall why contributing his time to the charity is important. “I run and walk every year,” Hall explained. “It’s crucial to support this. The point needs to be reiterated too with our young people who are listening to music that’s telling them to do whatever they want. That’s not the case. There is no cure for this yet. They’ve got to keep their heads on straight. That’s the message we’ve got to deliver.”
You can go online to register for the walk and the run by going to the official website.
Advertisement 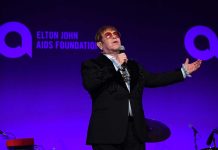 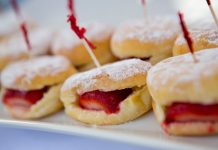