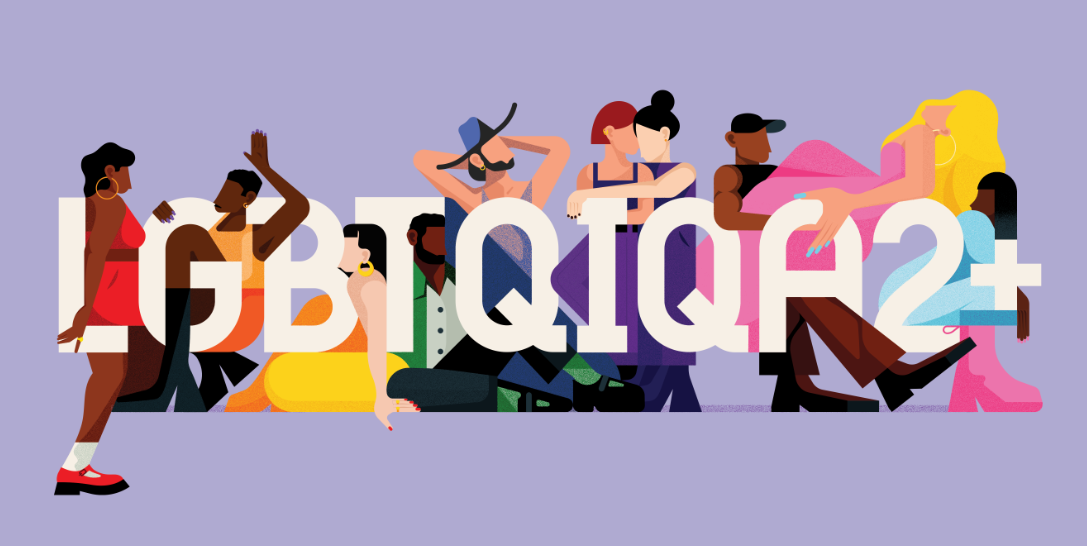 LGBTQIQA2+ . . . is an acronym that baffles just as much as it affirms and includes. Much like the identities it represents, the acronym is always changing and growing. We’re humans after all, and change is the true constant of our existence! However, for the purposes of this Pride Guide primer, we’ll focus on the standard acronym of LGBTQ, with a few accoutrements and additives along the way. Let’s get into it!

It all kicks off with L, which is for lesbian, and G, which stands for gay. These are identities for same-gender-loving people, and are probably the most visible and accepted communities of the acronym. Now, keep in mind there are different types of lesbians and gays, and, of course, fluidity is everywhere and definitely present in lesbian and gay identities.

Following that is B for bisexual, which refers to those who are not exclusively attracted to people of one particular gender. The bisexual community is actually
one of the largest in the acronym! There is also pansexuality, which, at times, has its own letter in the acronym but sometimes gets grouped with bisexuality or queer.

Then we have T for transgender, which, simply put, refers to anyone who does not identify with or align with the gender they were assigned at birth. Transgender is also an umbrella term, meaning there are a variety of other identities that fall under the trans umbrella. These include trans men and women, non-binary, genderqueer,
agender, and much more!

Rounding things out is Q, denoting queer, which is a bit of an open and fluid identity that means different things to different people. Personally, I identify as queer because my attraction to people depends on a variety of things that can’t be neatly
categorized. Now, queer was once used as a pejorative or slur. But the word has long since been reclaimed by our community.

Now, the acronym often includes I for intersex, which refers to those with a reproductive or sexual anatomy that doesn’t fit the typical definitions of female or male. Also at times, it includes another Q for questioning—a sort of container identity for those exploring their identities without settling on one. There’s also the A—not for ally, but for asexual, which is an umbrella term for a range of identities for those who don’t experience sexual attraction in varying ways.

Sometimes, there’s a 2 for two-spirit, which specifically is a gender identity for Indigenous and First Nations folks, as well as a plus sign (+) to represent those
living with HIV/AIDS or to include other identities not listed in the acronym.