In the end, the Queen of Soul’s loyal subjects (and her 22-piece orchestra) only waited about 20 minutes before Aretha Franklin finally granted fans an audience Monday night at the Fox Theatre. Some in the nearly capacity crowd, bought their tickets and then prayed the 69-year-old legend would show up, given recent bouts of bad health, a January broken engagement to fiancé William Willkerson and leg spasms that prevented the soul singer from taking part in Whitney Houston’s funeral in Newark last month.

Resplendent in a green and silver gown, Franklin hit the stage, sending her voice to the rafters, choosing to open with Jackie Wilson’s classic “(Your Love is Lifting Me) Higher and Higher” and then launching into her own Atlantic Records era hit “Daydreamin” before reaching all the way back to her Columbia Records-era catalog to blow the dust off “Sweet Bitter Love,” a searing love song she first recorded as a teenager. “How many of you go back to the [legendary Auburn Avenue nightclub] Royal Peacock with me?” a beaming Franklin asked an audience of fans ranging in age from veterans in their 60s and 70s to twentysomethings, curious to see a legend live in person.

In a reflective mood, Franklin paused multiple times throughout her 75-minute performance to reminisce about her connections to Atlanta. She recalled her singing sister Erma Franklin attended Clark College in Atlanta and her preacher daddy’s struggle to get her brother Cecil Franklin on an airplane and enrolled at Morehouse. “Cecil didn’t want to go to college,” a laughing Franklin told the crowd. “He chained himself to one of the  pillars of our house! My father came out of the house and said, ‘Cecil, give me that key! And then we’re going to drive you to the airport and you’re going to fly to Atlanta. You don’t have to go to school down there if you don’t want to. But you’re not coming back here!’” Cecil Franklin graduated cum laude from Morehouse.

The Queen of Soul also treated the crowd to a pair of brand new songs from her forthcoming album, “A Woman Falling Out of Love.” “Sweet Sixteen” is a blues-based, blue-lights-in-the-basement old school showcase for Franklin’s powerful pipes and “How Long I’ve Been Waiting” was penned by Franklin herself.

Franklin brought out Atlanta friend and former Detroit resident Bishop Paul Martin and his St. Stephen Full Gospel Baptist Church choir for the spiritual segment of the show  as black and white photographs of departed Atlanta friends Dr. Martin Luther King Jr. and Coretta Scott King flashed on a screen behind her.

Moving to the piano, Franklin played and sang a tribute to Whitney Houston, performing “I Will Always Love You,” adding: “She was a family friend, she was a colleague and a superstar. But more than that, she was a Christian. . .Keep her family in your prayers.”

For her finale, Franklin and her band got the crowd dancing with “Freeway of Love,” her biggest hit from the 1980s.  She returned to encore with her Otis Redding-penned, iconic hit “Respect.” Blowing kisses to the crowd and flashing a peace sign, the Queen boogied off stage. And just like another notable queen on the other side of the Atlantic, the audience Her Majesty was gone for good when an assistant retrieved her purse stashed under the baby grand piano. 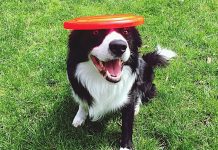 5 Atlanta events you won’t want to miss: September 27 through October 3 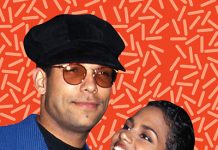 5 not-so-true romances: The couples who kept our tongues wagging