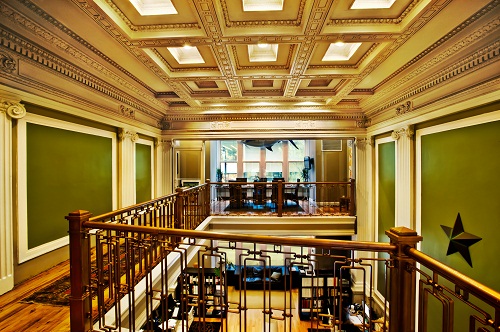 Once the tallest thinnest building in the world, the Hillyer Trust Company opened at 140 Peachtree St. with eight stories. In 1977, Atlanta architect Neel Reid’s 65-year old building received a prestigious landmark designation. Unfortunately, based on structural analysis, the owners C&S— Citizens and Southern Bank— reduced it to three floors during MARTA’s North/South rail line construction. In 1980, the structure’s historical designation was officially stripped. In April 1985, C&S donated the property to the Atlanta Historical Society. The building was then leased for 25 years and slowly fell into disrepair. On Nov. 22, 2011 the old Hillyer became the home of new owner’s breensmith Advertising. After months of renovation breensmith moved into the new office. Renovation consisted of lots of repairs from damaged walls to air conditioning. The firm took down drywalls that had been added during the leasing. This opened up the small rooms. The only bathroom in the building was a cheap structure that existed in the middle of the main room. That bathroom was removed and the old elevator shaft was opened to create bathrooms on two floors and a break room on another. The removal of mildewed carpet revealed original tile, pine and hickory floors that were restored. Finally, with lots of new paint and professional marble cleaning, the building began to shine. 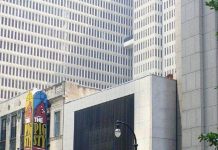 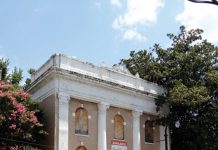