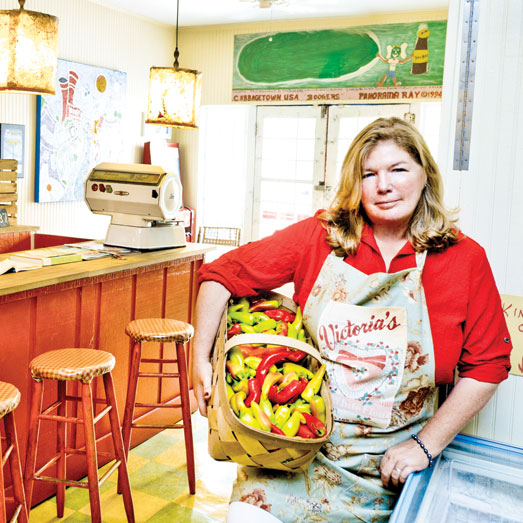 In the late 1920s, at least ten stores served the Cabbagetown cotton mill and its workers. The only one of those stores still operating is the colorful Cabbagetown Market and Grill. Leon Little, son of founder James Little, sold it in 2006 to Lisa Hanson, a native of Canada who grew up in the south of France and spent most of her adult life in Manhattan, working for various museums. Her unorthodox personality and eclectic interests (she publishes a newspaper about craft beer in the Southeast and recently “curated” Southern pickles for Slow Food USA in San Francisco) shape a business that remains crucial to the neighborhood.
Closing for several months in the aftermath of a severe flood last fall gave Hanson the opportunity to explore new directions for the market. The infrastructure has been brought up to date, though the original shelves and a slamming screen door remain wonderfully intact. Hanson carries a variety of intriguing pantry items, including fresh noodles and Japanese candy. She sells local honey, grits, jams, and jellies. Raw milk from Carlton Farms cohabits in the coolers with a full line of Sparkman’s dairy products, obscure Southern cheeses, eggs from Evie’s Country Gardens, Mexican Cokes, and a small selection of seasonal fruits and vegetables.
The grill is busier than ever. Depending on your standards, you can get the “Littles’ burger”—griddled diner-style with onions on a soft, toasted bun—or select a White Oak Pastures grass-fed patty on a brioche bun with homemade pimento cheese. Likewise, your hot dog can be grass-fed (from Wienerz in Marietta) or not (from Patak in Austell). Sandwiches (banh mi, Cuban, muffuletta) and generous bowls of noodles for brunch on Sunday are a boon to neighbors colonizing the grill’s three big tables.
A beer and wine license is in her future, and she wants to start holding monthly dinners, including an evening of the Alsatian preparation of sauerkraut and sausages called choucroute—“because we are, after all, in Cabbagetown,” Hanson jokes. She also plans to run a bed-and-breakfast next door. Features on the Food Network and HGTV have brought curious shoppers, but Hanson’s bread and butter are her regulars. “I know which kids are allowed pop and candy and how much,” she says, “and I bring leftovers to housebound old-timers.” 198 Carroll Street, 404-524-4539, cabbagetownmarket.com
Photograph by Jamey Guy
Advertisement

5 Atlanta events you won’t want to miss: October 30 to November 5 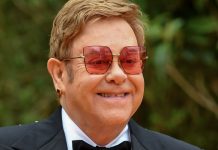