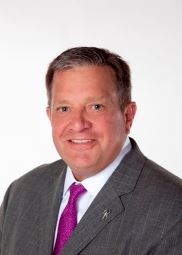 Nightly, his gravelly voice buzzed through the darkened dining rooms of the Palm restaurant in Buckhead like a Stoli-fueled chainsaw. If you had stepped inside the high-end Westin hotel steak and lobster dispensary even once, the Palm’s general manager Willy Cellucci, impeccably dressed in a suit and tie, knew your name, your game, your brand of Scotch and probably the last four digits of the American Express gold card in your billfold. And whether you were Julia Roberts seeking a quiet table for Easter brunch or the Atlanta Journal-Constitution’s green gossip columnist, sweaty and seeking scoop, Cellucci was the consummate host, throwing the best party in the city daily.

And you were the biggest boldfaced name in his reservation book at the host stand.

On Sunday, from 2 to 4 p.m. at his beloved East Lake Golf Club, Atlantans will celebrate all things Cellucci. On February 17 at age 57, the Atlanta Palm fixture lost a lengthy battle with laryngeal cancer. He leaves behind wife Jonelle and two sons Daniel and Jack. A post-memorial reception will be held at the Palm Sunday where mourners will toast their friend with rounds of Willy’s Pinkys, an orange vodka and cranberry juice-laced cocktail concoction created by Cellucci himself.

“This one’s a tough one,” Atlanta publicist Toren Anderson conceded Thursday as she fought back tears. “Willy was the Palm in Atlanta. I can’t even imagine going there, knowing he won’t be there. He was the pinnacle of hospitality in this city. When you walked into the Palm, you were home. You were part of Willy’s family.”

A native of Los Angeles, Cellucci moved his young family to Atlanta in 1995 after snaring his dream job —the inaugural general manager of the Palm restaurant chain’s brand-new Buckhead location — tucked inside the Swissotel. And while he was accustomed to serving Hollywood royalty and budding starlets in his native city, the key to Cellucci’s success here was that he treated you like you were a celebrity, whether you were Arthur Blank or the bus boy.

On his Facebook page this week, some of the city’s most notable figures joined together with Palm kitchen staffers past and present (some posting in Spanish) to honor the man who served as a mentor and friend. “Willy was the definition of what it meant to be a dad, a husband and a friend,” wrote 790 The Zone’s Steak Shapiro. “You were an original. Not having you on the planet to drink pinkys with and bitch about the Raiders and the Republicans just plain sucks. Atlanta has lost a true legend.” Eduardo Bahena added: “Mr. C, you were the best thing to ever happen to me. You were like my father, my mentor, my friend.” Bahena also detailed his planned attire to Sunday’s memorial: “I hope nobody will be offended. I will be dressed in a Hawaiian shirt.”
It was Cellucci’s signature dress each Fourth of July, after all, as he hosted the city’s best fireworks watching party across from Lenox Square. “I’ll never forget that first Fourth in 1995,” Toren Anderson recalled. “My phone rang at 6 in the morning. And I heard that voice say, ‘Doll, you gotta get down here today. I got the smoker from Fuzzy’s Place and we’re gonna grill on the sidewalk!’ I remember telling him, ‘Willy, I’m pretty sure that’s illegal’ and he responded, using that colorful vocabulary of his. I can’t repeat exactly what he said because I have a child in the car with me right now. Sure enough, when I got there, Willy was in a Hawaiian shirt with that smoker going, charging $6 for a shrimp on a stick!”

But if you didn’t know how to act in his restaurant, Cellucci knew how to get you in line quick — even if you were a regular who spent thousands and had your caricature painted on the Palm’s wall. “Somehow Willy knew where the 24-hour hardware store was in Atlanta,” Anderson remembered laughing. “If you got drunk and disrespected someone, he tossed you. He didn’t care who you were. And when you sobered up the next day, your face on the wall had primer covering it!”

Reporters across the city adored Cellucci because he always shot straight with you, even when you rang him on deadline, trying to confirm the craziest rumor. In 2005, with minutes to go before the AJC presses rolled seven floors beneath me at 72 Marietta Street, I called Cellucci on his cellphone in the middle of dinner service at the Palm. The nutty story I was trying to confirm? Reality show cameras had been spotted trailing Palm regulars Whitney Houston and Bobby Brown around town, allegedly shooting footage for a proposed Bravo series. Not only did Cellucci confirm the story and give lavish detail about the shoot inside his eatery, he stuck in head into the kitchen to confirm the exact weight of the lobster the couple ordered for their young daughter Bobbi Kristina. “Being Bobby Brown” premiered weeks later.

A year later, despite a bruised ego, Cellucci came clean when I called to confirm the activities of actress Alfre Woodard inside the Palm. The night before, Woodard had reportedly won a drinking contest with him, banging back Cosmos as Cellucci attempted to keep up with vodka martinis. In his trademark rasp, Cellucci sighed and said, “Richie, she buried me!”

This week, Toren Anderson’s 29-year-old son Blake Warenik, who grew up eating at the Palm, paid tribute to Cellucci on his Facebook page from his home in Washington D.C.: “Lifting a glass tonight to the life of Willy Cellucci, a good friend, a man who loved fiercely, gave generously and conversed violently. May he find something more than rest. He’d be bored in most people’s versions of heaven.”

In a tweet to followers two years ago, Cellucci took a moment to marvel at his good fortune in his adopted city. Via Twitter, Cellucci said: “Was on the other side of the bar last night and was amazed at what a cool place the Palm really is. What a life!”

Do you have a Willy story to share? Feel free to post it below in our comments section.