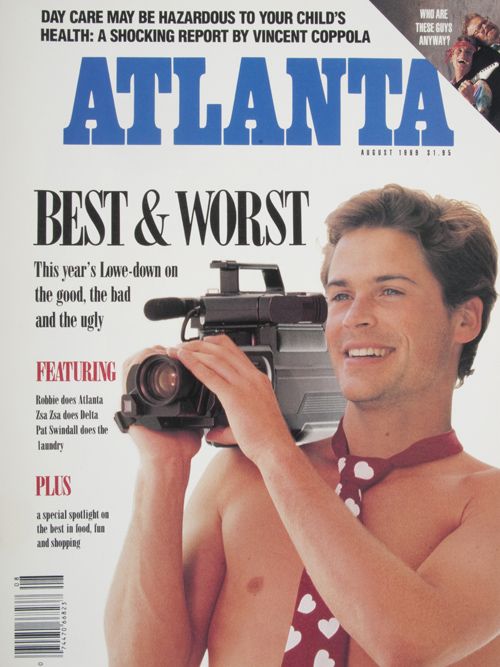 Atlanta mayor Andrew Young boogied there on his 55th birthday, RuPaul’s visage was painted on the walls, and after a visit to Club Rio at 195 Luckie Street in downtown Atlanta in 1988, Village Voice columnist Michael Musto proclaimed the hipster nightspot New York City’s best new nightclub, airfare not included.

This Saturday night, veteran Atlanta nightclub impresario Michael Krohngold is hosting a Club Rio 25 year reunion at his current club, Tongue & Groove at Lindbergh in Buckhead. And the memories, the Casio keyboard/drum machine laced music, and the big hair are all being shared liberally this week on the club’s Facebook page as now middle-aged, allegedly reformed club kids from the Wang Chung era simultaneously book babysitters for Saturday night.

Back when Ronald Reagan was consuming jellybeans in the Oval Office, Krohngold was lured away from a PR agency junior assistant account rep position to become Club Rio’s general manager and creative director. “The timing was good,” he explains of the late ‘80s club scene in the city. “Weekends was waning, 688 had closed, Metroplex was too scary for some, and the Limelight was done.” The club’s edgy downtown address, the site of a former Columbia Pictures film distribution warehouse, was also appealing to the city’s counterculture punks, new wavers, and gay crowd. On the club’s opening night, Ziggy Stardust himself, David Bowie, fresh from a concert at the Omni, showed up with his entourage and concert goers and stayed until 4 a.m. During its run, the club also attracted the likes of photographer Bruce Weber (who was in town for show at the Fay Gold Gallery), new wave singer Lene Lovich, and actor Timothy Hutton.

Club Rio’s most notorious visitor, of course, was Brat Packer Rob Lowe who popped by the nightspot twenty-five years ago this summer with “St. Elmo’s Fire” co-stars Judd Nelson and Ally Sheedy. Lowe was in town for the 1988 Democratic National Convention. The future “Parks and Recreation” actor ended up leaving the club with a 16-year-old and a 22-year-old. The trio went back to Lowe’s Atlanta Hilton & Towers hotel room where his trusty camcorder awaited. Legend has it that after Lowe filmed the ménage a trois in bed and he ducked into the bathroom, the young ladies snuck out of the hotel room. With the videotape. When the mothers of one of the girls discovered the cassette, Lowe instantly became the Bill Clinton of the Molly Ringwald celebrity set.

According to Krohngold, Lowe has not as yet RSVP-ed for this Saturday’s Club Rio reunion at Tongue & Groove. But VJ Anthony will be in the DJ booth spinning all the Dead or Alive and Scritti Politti videos you can watch. Or as Krohngold himself puts it more diplomatically: “In the event you weren’t born yet, join the party to see how the post-disco era of the ‘80s shaped clubbing. It didn’t matter if you were young or old, gay or straight, black or white, rich or poor, or anything in between. It still doesn’t. Come see why and lose yourself in the music and madness.”

Just remember: The babysitter gets time-and-a-half after 1 a.m.