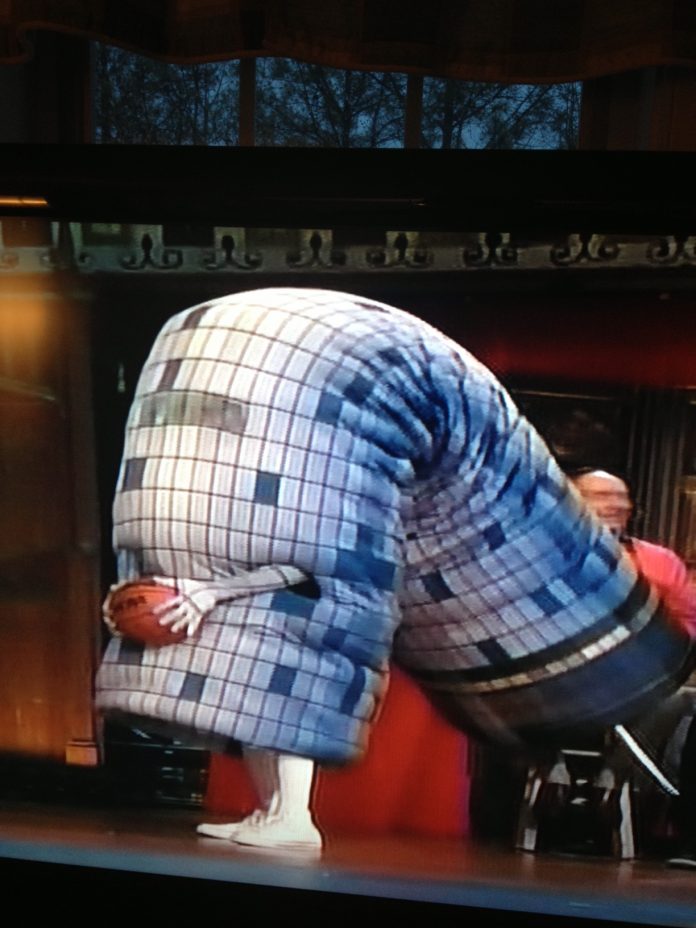 The most Atlanta-centric moments from Thursday night’s Conan on TBS, shooting episodes this week at the Tabernacle downtown:

Best monologue jokes: Opening the show: “I can’t believe it’s our last night in Atlanta. Trust me, I’d love to stay, but the strippers at the Clermont Lounge have a restraining order against the band.”

On his Atlanta-fueled food coma: “I’m leaving Atlanta with many new friends, some great memories and Type 2 diabetes.”

On the winning streak at Turner Field: “The Braves have won every game since I’ve been here. Not only that, but before I got here? The Braves hadn’t won a game since October.”

On Chipper Jones: “The Atlanta Braves are playing their first season in 19 years without third baseman Chipper Jones. But don’t you worry, he’ll still be getting to third base tonight.”

Taped piece: Conan visits Cindy Haygood, of Perfectly Polished, Inc. to learn proper Southern etiquette. On hand shakes, Haygood advises against the lengthier “milkshake” greeting in favor of a “two pumps and down” approach. “You’ve just described my wedding night,” says Conan. Summarizes Haygood on Conan’s chances for successful socializing in the South: “I would say that you are close to being charm-free.”