That’s one image that arises from the airing of the school district’s dirty laundry in a grand jury report, accreditation downgrade, state Board of Education hearings, and now hearings before an administrative law judge.

Former board chair Eugene Walker grew testy about DeKalb’s reputation of nepotism as he defended his tenure and sought to regain his seat in a hearing before administrative law judge Max Wood last week. An attorney for the state asked about what a DeKalb grand jury called a “’family and friends mentality in hiring and contract bidding.”

“They are all eminently qualified,” he said indignantly. “Is there a problem just because they are members of my family, hired long before I became a member of the board?”

Former Superintendent Robert Freeman, who once hired Walker as an associate superintendent and came to speak on his behalf, had an entirely different perspective. He revealed what may be the genesis of the “friends and family” reputation.

“In those days, it was difficult to find teachers,” said Freeman, who was superintendent from 1980 to 1996. “One time I was told … we had over 1,000 people in the district that had a relative [working there]. As long as the person didn’t report to their [relative], I didn’t see a conflict.”

“Then, if I understand your testimony correctly, DeKalb should be supporting nepotism?” senior assistant attorney general Russell Willard asked Freeman.

“What it seems to me you’re saying is that if family members are available, DeKalb should be hiring them.”

“Only if they’re competent,” Freeman replied.

Alas, being a relative of someone who works in the school system won’t give you an edge anymore.

In May, the new school board, with six members appointed by governor Nathan Deal after he ousted the elected members, created a nepotism policy that opens with a statement: “The DeKalb County School District intends, to the extent practicable, to make all decisions concerning hiring, promotion, termination, compensation, and nonrenewal, based solely on individual qualifications and merit, not on personal or familial relationships. It is inappropriate for District employees to unduly influence employment decisions based on personal or familial relationships.”

Each year, all employees will have to disclose if they have any relatives who are employees or if they are related to board members or the superintendent. 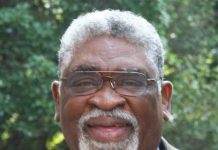 The DeKalb school board saga continues . . .