Last Friday morning, Q100’s Bert Weiss sighed into his microphone and admitted to listeners in three states that he feared the morning show’s Big Thank You Fall letter-writing campaign drive had failed. After all, with less than 72 hours to go, the effort had accumulated just 40,000 letters. The Bert Show’s goal? To generate a hand-written thank you letter for all 400,000 troops stationed overseas to open on Thanksgiving morning. And then thanks to volunteers and listeners in Atlanta, Nashville and Indianapolis, the Big Thank You delivered an astonishing 650,000 letters this week.

First Lady Michelle Obama was so moved by the letter-writing campaign she asked her White House press secretary to arrange a phone conversation with Weiss and his on-air staff Thursday to thank them and their listeners. The exchange aired at 7:40 a.m. Friday morning.

“This is exactly the kind of outreach that means so much to our uniformed men and women,” Michelle Obama told The Bert Show. “You had a phenomenal goal but you exceeded it. It’s truly amazing. I had to call in to thank you, your team and your listeners for stepping up. It means so much to them, these small gestures. These letters are going to make a difference. Thank you for pulling this tremendous achievement off. The Big Thank You is a shining example.  You’ve shown that you don’t have to make a grand gesture. It can be as simple as a thank you letter. You guys are a great example of what Americans are willing to do when asked.”

“I was more nervous about this interview more than any other,” Weiss confided to Atlanta magazine after the interview. “Hearing her voice on with us when I’ve heard it so many times on television was surreal. She seemed genuinely touched that our listeners wrote 650,000 thank you letters to the troops. She seemed overwhelmed with gratitude.”

Weiss, Jenn Hobby, Kristin Klingshirn, Wendy Adams and Tracey Kinney (Bert Show executive producer Jeff Dauler was out Thursday) were such pros with Obama during the chat, he says they were three minutes into their conversation before the First Lady realized they were in interview mode. “There was a brief moment in the beginning of the conversation where I think she was unaware that we had officially started the interview,” Weiss spilled. “She was just gabbing with us. I think she was a little surprised by how loose we were with her.”

The Bert Show was thrilled the interview went so well with the First Lady, especially considering that their chat with Coldplay frontman Chris Martin ended in a dial tone this month. Martin hung up on the radio personalities after they innocently asked one too many questions about his Oscar-winning wife Gwyneth Paltrow.

Cracked Weiss: “If Chris Martin hangs up on you it’s one thing. If you offend Michelle Obama, you get audited for the next 10 years!” The Bert Show’s 10-minute chat with the First Lady will be posted later Friday on the Q100 website. 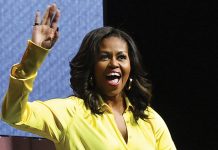 Don’t Miss List: Our top 5 event picks for May 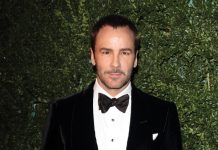 Tom Ford by the numbers 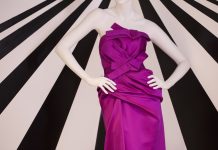