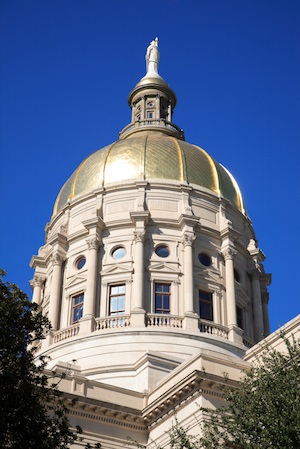 Just to follow up on yesterday’s posts regarding legislation facing the Crossover Day deadline at the General Assembly, here are a couple of recaps.

House Bill 282, which would’ve kept local municipalities out of the cable TV and high-speed Internet business — even laying out harsh penalties for doing so — failed resoundingly despite having the backing (and lobbying muscle) of AT&T, Comcast, and other private cable providers. It seems enough small-town lawmakers figured the bill wasn’t a good deal for their constituents.

Finding more success was House Resolution 73 to allocate $400,000 in compensation for a Columbus man who was wrongly imprisoned for eleven years. Still, the measure squeaked through by a fairly slim margin, with opposition coming predominantly from Republicans.

Speaking of party-line splits, the most attention-getting bill of the day was HB 512, an sort-of omnibus bill that combined a number of gun-friendly provisions from other proposals, such as allowing coeds to take their Smith & Wessons to cheerleading practice and letting schools hand out Glocks to teachers instead of hiring security personnel. The bill passed by a near-super-majority of House votes and presumably will enjoy similar success in the Senate.

Another fizzle, however, was a bill to double Fulton County’s property tax exemption in an apparent effort to starve the county of revenue and force it to slash spending. The bill’s author, the powerful House Speaker Pro Tem Jan Jones of Milton, wasn’t able to corral enough GOP votes to put the nail in Fulton’s coffin.

Now, if it seems likes the General Assembly has been moving much quicker than you remember, you’re not hallucinating. Back in the days of Speaker Tom Murphy, the session rocketed along so its leaders could repair to Savannah mid-March to sip mint juleps while watching the St. Patrick’s Day parade. But the chaotic Glenn Richardson era had seen the forty-day session stretching well into April.

This year, instead of scheduling the usual three- and four-day weeks, the Legislature has been going full-tilt, meeting nearly every weekday (this week was an exception). I’ve heard complaints from some out-of-town lawmakers who don’t like being away from home five days at a stretch, but I’ve also heard that legislators had asked for the brisker schedule so they wouldn’t need to carve so much time out of the year for sausage-making and get back to their recession-battered businesses.

It’s been observed that, due to the time demands it places on its occupants, the Legislature has increasingly become home to retirees, farmers and “consultants.” Perhaps the snappier pace will attract more professionals and businesspeople.