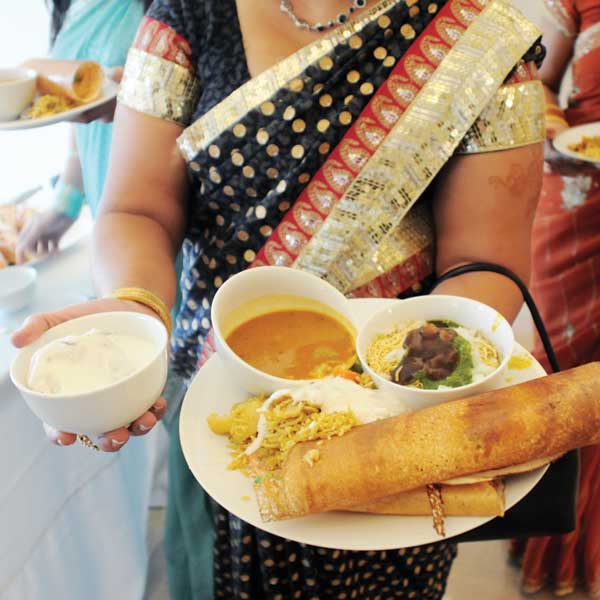 Puneet Mehrotra rode to his wedding in early December on a white horse fitted with a red-and-gold saddle. Family and friends danced around him as musicians beat drums. His bride, Rekha Tiwari, waved to him from a second-story window of the Biltmore Ballrooms. Later, when the ceremony began inside under a mandap (a four-pillared canopy covered with pink orchids and marigolds), Tiwari was carried into the room in a custom-made basket shaped like a lotus.

Pageantry is a sacrosanct part of a Hindu wedding, as are rituals—blessings, prayers, exchanges between the families—that first came into practice 4,000 years ago. Staples of the Indian diet play integral roles as symbols of spiritual and physical nourishment. A tray of fruits and spices usually includes a whole coconut, an emblem of fertility and prosperity. A small fire is built on the stage of the mandap to invite the deity Agni to witness the nuptials. Priests and the couple feed the fire by adding ghee (clarified butter).

Mehrotra and Tiwari circled the fire, tossing in rice while praying for abundance in their life together. Near the end of the ceremony, they fed each other cardamom-scented treats, their first “meal” as man and wife, to signify the sweetness of their union. Their wedding, like others the world over, ended with a feast—which some enjoyed earlier than others. Before the couple had even finished exchanging vows, a dozen or so guests, lured by the scent of cooking down the hall, quietly slipped out and polished off a lunch of vegetable curries and dosas stuffed with spiced potatoes. 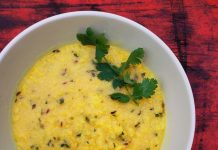 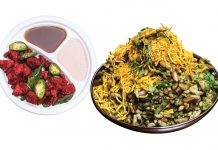 The arrival (and revival) of Indian street food in Atlanta