If you didn’t think gambling is legal in Georgia, guess again. A multi-billion bet has been made in a little community on the banks of the Savannah River. And—you knew this was coming, right?—it’s been made with your money.

Now that we’ve got your attention, we wanted to point you toward an interesting article that ran earlier this week in the New York Times (paywall, naturally). Written by Matthew L. Wald, the paper’s in-house expert on nuclear energy, the article explains that the eyes of the country are on Georgia because of some unusual construction work going on about a half-hour south of Augusta.

You probably already know that the Atlanta-based Southern Company has been busy the past year building two new reactors at Plant Vogtle, one of its two nuclear power facilities in the state—at least, you should, because $6 billion of those costs are reflected in your Georgia Power bills. It’s also worth noting that the Vogtle expansion represents the first new reactors built in the U.S. in the last 30 years.

The gamble in question is the $14 billion that Southern and its partners expect to spend to get the new nukes up and running by 2017 (the other $8 billion of the tab is coming from Oglethorpe Power; MEAG, the Municipal Electrical Association of Georgia, and the city of Dalton). Essentially, if Southern has bet wisely, and the project comes in on budget—and if nuclear power turns out to be cheaper than coal, gas or other fuels, which is not guaranteed—then other big utilities around the country can be expected to follow Georgia’s lead. As the head of a Florida utility says in the NYT piece: “If they can do it, that will be the model.”

But if Southern is wrong, and the construction goes way over budget or nuclear proves not to be cost-effective in the long run, then many of those billions might have been wasted. After all, when the first two reactors were built at Vogtle in the ’70s and ’80s, the price tag multiplied from $660 million to almost $9 billion, very nearly bankrupting the utility.

So, why is Southern, a company that’s long had a love affair with King Coal, doubling down on nuclear, anyway—especially since Georgia already produces a surplus of power, enough to sell outside the state?

The short answer is that the move is a response to market forces and regulatory pressure. Back in the mid-aughts, when Southern first began the lengthy permitting process on Vogtle, the company had every reason to anticipate Washington would adopt a cap-and-trade program on emissions, which would push up the cost of operating coal-fired plants. At the same time, the price of natural gas was through the roof.

Fast-forward to now: Congress still hasn’t passed cap and trade and, thanks in part to fracking, natural gas prices are at historic lows. But that doesn’t mean the Vogtle expansion is DOA. The good thing about a nuclear plant is, once it’s built—and assuming it doesn’t get hit by a tsunami or earthquake—the cost of operating it is largely unaffected by commodity prices.

Even as the rest of the country waits to see how Vogtle turns out, the political landscape continues to shift with regard to nuclear power. Set to open Friday at the Landmark Midtown Art Cinema, Pandora’s Promise is a pro-nukes documentary aimed at an environmentally conscious—read: liberal—audience.

It’ll be an interesting, if expensive, next few years.

NOTE: The article has been corrected to reflect the role of the Southern Co.’s partners in financing the Vogtle project. 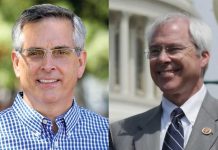 What you need to know before Tuesday’s runoff elections 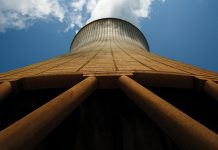 Will Georgia’s Plant Vogtle lead to a U.S. renaissance of nuclear energy? 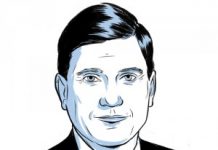