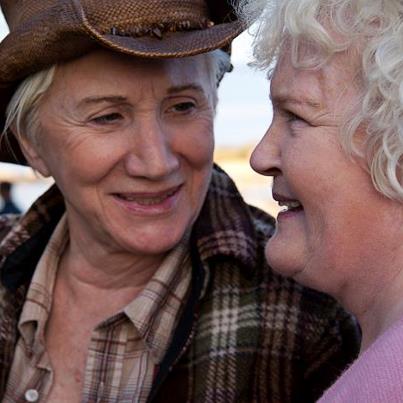 Former Atlanta Braves slugger No. 5 Ron Gant retained his old number as he took a swing at a new career Thursday morning as co-anchor of Fox 5’s “Good Day Atlanta” program. Gant, of course, is best known for spending seven years of his major league baseball career here in Atlanta two decades ago, including contributions to two World Series. Introducing the former Braves outfielder at the top of the 7 o’clock hour, “Good Day Atlanta” co-host Gurvir Dhindsa told groggy viewers, “In case you’re just joining us, we want to welcome Ron Gant to ‘Good Day Atlanta,’ the newest member of our family.” Clasping his hands together, Gant replied, “I can’t believe it! I’m actually here on ‘Good Day Atlanta,’ the best morning show in the city, that’s right.” “There ya go,”  Dhindsa said smiling, “he’s got all the right things to say. I know you’re a coffee drinker. How were you when that alarm went off this morning? How was it?” Gant told Gurvir: “Coffee tastes wonderful. And I’ve had a lot of it!”

Speaking of java, after I added some cream and 1800 Silver into mine, I was able to continue monitoring the scintillating on-air banter. Dhindsa added: “This is just a new chapter for you but I know it’s something you’ve been really excited about.” Gant told viewers: “Yeah, it’s a challenge but it’s a challenge that I’m welcoming and that I’m taking head on. I’m happy to be here. It’s a pleasure and an honor to be with you all.”

Gant’s tongue got twisted up as he threw to All News 106.7 reporter Pamela Furr for a report on proposed changes to the Cobb County school calendar. But Gant was on firmer footing as he introduced a story on roller derby. Cracked Fox 5 reporter Tacoma Perry to Gant: “This is not like baseball, Ron.” Grinning, Gant replied: “Sometimes in the outfield, it looked like I had some wheels on!” By the time the news hour rolled around to a recap of World Series Game One where the San Francisco Giants beat up on the Detroit Tigers 8 to 3 in The City by the Bay Wednesday night, Gant effortlessly fielded the assignment, telling viewers: “San Francisco has the home field advantage and they’re not rusty like the Tigers. They’re the destined team right now and they’re playing like it.”

Gant is making the transition to news anchor after a successful post-Braves career as a Fox Sports South Braves analyst and as a commentator for MLB Network and TBS. In a press release, Gant tells viewers: “Having lived in Atlanta for over 20 years, I’ve always appreciated the support sports fans have given me. I look forward to this new opportunity with Fox 5 which will give me a chance to join another great team.”

Atlantan Cee Lo Green, “The Voice” celebrity judge and the mastermind behind a catchy Grammy Award-winning hit single (the original title of which I cannot reproduce in this space) was overseen enjoying cocktails and nibbles at The Living Room at the W hotel in Midtown. Comic and TV host Cedric the Entertainer, meanwhile, was spotted holding court separately in the space with a large group of friends, laughing and sporadically singing in the Living Room Sunday night.

OUT ON FILM WINNERS 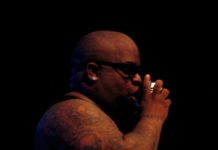 CeeLo Green describes growing up in the Dirty South

After Twitter controversy, Cee Lo says “Forget You” to summer tour with Rihanna