The first text alert informing us that two of the most important people in the world were dining together at the brand-new STK in Midtown rolled in at 8:36 p.m. Wednesday night. Imagine our shock, upon further investigation, when we learned President Barack Obama and Secretary of State Hillary Rodham Clinton were not inside. Rather, it was E! reality show star/celebrity wedding scam artist Kim Kardashian and “Real Housewives of OTP” cast member NeNe Leakes.

According to Kardashian’s verified Twitter account (followed by 13,466,852 fans, incidentally), the some-time actress had just wrapped her first day of shooting in Peachtree City on the set of Lifetime’s “Drop Dead Diva” and was awaiting the arrival of her “favorite housewife.” Oh, and she felt compelled to share this with the world as well: “I’m so hungry!”

STK reps tell us the ladies were seated in one of the large booths in the very back of the new hot spot eatery and Kardashian, who reportedly doesn’t drink (apparently, she just inspires others to abuse alcohol), was sipping tea while Leakes requested “something sweet.” The bartender complied by whipping up the STK signature libation, a strawberry cobbler martini (Ciroc vodka, muddled fresh strawberries and a graham cracker crust rim). The reality TV stars also enjoyed tuna tartare, two blue cheese iceberg wedge salads and orders of shrimp rice krispies. Later, Leakes tweeted “Dinner with my favorite Dash doll. She is so sweet.” To which Kardashian retweeted and added: “I’m still laughing out loud! Too much fun!”

But wait, our sad sordid tale grows even more tragic. Outside the restaurant on the corner of Peachtree and 12th Street, standing in the rain was a sole paparazzo, hoping to snap the duo as they exited the eatery. Alas, there was no late word from STK reps on whether the ladies were covertly liberated from the restaurant through the kitchen via a trash receptacle. . . 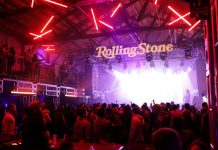 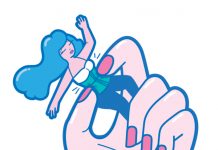 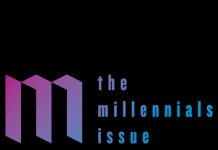