This past week I had the opportunity to travel to South Carolina to attend Charleston Fashion Week. Having lived in New York and attended numerous Fashion Week showings, I was more than skeptical that a small Southern town could compete with the glitz and glam of the Big Apple tents. But let me tell you—I was beyond surprised at the level of talent, style, design, and media craziness on display in this historic city!

I had a front row seat (yes, that’s right . . . gift bags and complimentary drinks were included with my coveted spot) where I sat with local Charleston media (like blogger Chassity from Look Linger Love) and across from “Real Housewives of Atlanta” star Cynthia Bailey (pictured with her publicist, Marcus Jackson) and New York Fashion Week creator Fern Mallis.

After a whirlwind five days, all I can say is that the fashion world should take note of this town. Charleston Fashion Week undoubtedly serves as a launching pad for many designers on their way to the Lincoln Center tents in New York. 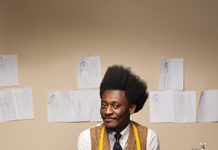 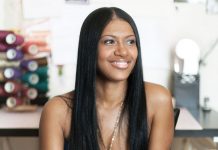