When Atlanta’s country superstar duo Sugarland hits the road beginning April 5, Jennifer Nettles and Kristian Bush will have some VIP help on selecting the band’s set list. You. This week on the act’s official website, Sugarland announced its “In the Hands of the Fans” tour, the band’s first-ever completely interactive trek across the country. Fans at each tour stop will get to decide what Nettles and Bush will perform in their city, using the band’s website, Facebook page, tweeted requests on Twitter and even old school phone calls made during the show and hand-written signs at each venue to make requests.

“This year’s tour is based around the concept of putting the show into the hands of the fans,” explains Nettles on the band’s website. “They will make the requests that will help form the set list and guide the show. . .If it’s on one of our records or if we’ve played it on a stage, it is fair game.” Sugarland fans will be notified via email in the coming weeks when the request line officially opens. Thus far, the band doesn’t have an Atlanta date listed on the first 25 stops of the road trip but will play Valdosta on July 28.

“RHOA” SPIN-OFF GETS A PREMIERE DATE

Granted, our reporting on this is only as reliable as our source. Alas, in this case our source is Kim Zolciak. On Twitter this week, the bewigged warbler announced to followers that her Spring reality series spin-off chronicling last fall’s marriage to Atlanta Falcon Kroy Biermann, “Don’t Be Tardy For the Wedding” will premiere on Bravo April 22. And on the off chance, Biermann’s teammates currently don’t have enough locker room ribbing ammo, Zolciak (who, incidentally, has modified her Twitter name to Kim Zolciak-Biermann) also tweeted this week: “Hubby is washing my wigs!! Now that is a husband!” After a week off for the Oscars, the regular “RHOA” franchise returns this Sunday at 9 p.m. on Bravo as the ladies jet home from South Africa. The episode’s, um, less than flattering title? “From Motherland to Haterville.”

“SISTER ACT” BACK TO ATLANTA

“Sister Act: The Musical,” the current Alan Menken-penned Broadway hit that was birthed at our very own Alliance Theatre back in 2007 will return to our fair city April 30-May 5, 2013 as part of the brand-new season of Fifth Third Bank’s Broadway in Atlanta series at the Fox Theatre. The 2012-2013 season, announced this week, also includes Britain’s National Theatre production of the Tony-winning “War Horse,” “Disney’s Beauty and the Beast,” “Flashdance: The Musical” and “Million Dollar Quartet,” the Tony-winning Broadway musical based on Sun Records legends Johnny Cash, Jerry Lee Lewis, Carl Perkins and some Justin Bieber-like dude named Elvis Presley. For tickets and more info on the new season, go to broadwayinatlanta.com. 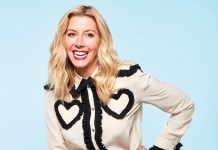 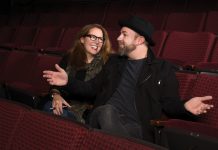