It was the single moment in last summer’s interview with “The Help” actress Viola Davis when she became too embarrassed to make eye contact. “Oh, God,” she whispered while averting her eyes when we asked the inevitable question about the early Oscar buzz swirling around her lead role as Aibileen. The film’s director Tate Taylor, seated next to her at the Ritz-Carlton Buckhead, ended up answering the question for the two-time Tony winner and previous Oscar nominee for “Doubt.”

“This is the rock of the whole film,” Taylor told Atlanta magazine, giving Davis’ hand a squeeze. “There are a lot of colorful characters in this movie that would not work if they were not standing on Aibileen and Viola’s work. You make it work, Viola. True! You’re the glue that makes it all work.”

With three acting nominations plus a Best Picture nod for “The Help” and a Best Supporting Actor nomination for veteran actor Christopher Plummer in the sleeper hit “Beginners,” in advance of this Sunday’s Oscars, we went back to our archived 2011 Atlanta magazine interviews with “The Help” stars and “Beginners” director Mike Mills to offer readers previously unpublished insights from the film folks on creating their nominated roles.

Before the cameras ever began rolling in Mississippi in the scorching summer of 2010, Viola Davis told us she was busy doing her homework on how she wanted to bring her role of Aibileen, a grief-stricken maid from 1962 Mississippi (based on Atlanta author Kathryn Stockett’s best-selling novel), to life. “I drove Tate crazy!” she recalled with a laugh. “I read every book you can possibly imagine about freedom riders and the civil rights movement. The person I became most fascinated with was [Mississippi civil rights icon] Fannie Lou Hamer. Watching tape on her was fascinating. She stood out because she was born the same year as Aibileen. This is a woman who sang at lynchings as a teenager. She worked on a plantation. And she went from singing at lynchings to being a freedom fighter. As an actress, you’re always interested in going on a journey, to go through that change in the course of a movie. I was intrigued by Fannie Lou Hamer. How do you go from singing at lynchings to being a freedom fighter? How do you go from being beaten within an inch of your life in a jail cell and then healing enough to get out there and address the [1964] Democratic National Convention [in Atlantic City] about integration? She helped me lay the ground work for Aibileen.”

“I figured with so much experience under her belt, she would come down and, justifiably, kind of phone it in,” he said. “Not Miss Tyson. She worked her ass off. We met about her character, we went to places and had discussions. She does not want to do anything but the best. She stayed in character too and it was a little intimidating. She’s somewhat of a method actress so she wanted to be called Constantine on the set. When she was on set, it was the Constantine show, the Cicely Tyson show. It was incredible.”

Davis didn’t have any scenes with Tyson and chose not visit the set while Tyson was working. “I would have been somewhat intimidated because she is my idol,” Davis recalled. “She’s the one who made me want to be an actress. That’s it for me. She’s a symbol of everything that motivated me into this work. Everything about her. The dedication to her craft, how she fully, emotionally embodies a character. You absolutely believe it. The way she looks. I love her face, I love her eyes, and that jaw. I love everything about that woman. So I was glad I wasn’t on set. I would have been real scared.”

Supporting Actress nominee Octavia Spencer also did research for her role as the feisty maid Minny in “The Help” even though Stockett based the character in the novel on her friend Spencer. “The challenges were many,” Spencer recalled to us. “Because as a modern day black woman — woman being the operative word — we’ve come into our own. We have a voice and we have no problem using it. Back then, women, and certainly African-American women, didn’t, per say. The ones who did were viewed as radical. It was very hard reconciling that and not having any anachronistic problems emerge in the performance. And then, I had to deal with the spousal abuse, having all those children, the poverty, all of that. I wanted to do the role justice. Early on, I made a lot of judgments about Minny. I had to read up about the psychology of spousal abuse. I needed to find out why a strong woman would stay in that relationship. But she’s a woman of her time and often, women back then, had to suck it up and do what they had to do to make sure the children were cared for.”

But it wasn’t all acting for Spencer. That scene where Minny is on the phone talking to Aibileen and her off-screen husband Leroy aims an airborne pot at her head and it smashes into the wall behind her? “The first assistant director on the film named Don was like six foot six and he was the one who threw the pot,” she recalled. “I was really scared. I remember thinking, ‘if he’s off even by a few inches I’m going to be eating that pot.’ The fear you see in my eyes in that scene? That was for real!”

Tate Taylor perhaps predicted the multiple Oscar nods for Davis, Spencer and fellow “Help” Supporting Actress nominee Jessica Chastain last summer when he talked about the array of strong performances by the female cast. “With the performances of these women, I honestly don’t know how you would pick,” he told us, shaking his head.

Likewise, last June while “Beginners” director Mike Mills was in town, we grilled him about the building Supporting Actor buzz for Christopher Plummer’s role in the film. The actor, best known for “The Sound of Music,” turns in a funny, very brave performance as a dad who, at age 75, comes out to his son (played by Ewan McGregor). Mills’ screenplay was based on his real-life experiences grappling with a gay dad who came out to him after the death of his mom.

Of the then very early Oscar talk, Mills told us of Plummer’s performance: “It’s incredibly sweet and a honor that anyone is saying that. He completely deserves it in a million ways.”

While younger actors might hesitate about a role that required you to wear an ascot and engage in intergenerational same-sex kissing, Mills said Plummer, at age 81, dove directly into the character. “He’s very cosmopolitan and he speaks very progressively about the gay people he’s known in his life and their struggles. He’s a very worldly  man. It was never an issue. And as Hal, he knew intuitively how to go back and forth between something potentially dramatic and sad and then merging it with wit. He got that those moments aren’t mutually exclusive. That they can pile up on one another. Forget that it was my dad, Christopher had a deep, thorough respect for the character and that’s why it works.” 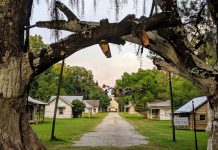