“Don’t overthink it,” my editor suggested when assigning me to scope out Day One of DragonCon 2012. “Just go over and write about the three weirdest things you see.”

So I proceeded to overthink it.

Not “incorrect,” like the guy wearing the Star Trek Starfleet blue science officer uniform while carrying both Mace Windu’s purple Jedi light saber AND Darth Maul’s double-bladed Sith-red weapon from Star Wars. Not just plain “offensive,” like the young women (and some men) who’ve obviously been working all year to slim down (to varying degrees of success) to squeeze into their skimpy or skin-tight Catwoman, Black Widow, or non-specific fantasy prostitute costumes, nor “creepy” like the middle-aged male photographers who may or may not be there in official capacity, lining up to take pictures of said Lycra-clad cosplayers.

>> Photos from the 2012 DragonCon parade

No, in the hotel Towers of Sci-Fi/Fantasy Babel that is DragonCon, weird is the outside world’s normal, the suit-and-tie or khaki-clad businessmen who’ve knocked off early to grab a drink and lean on the Marriott railings to gawk at the spectacle before being expelled by P.M. convention security before the party really begins. At DragonCon, the weirdest is:

1 / The Life South Blood Drive
I noticed a distinct dearth of vampire costumes this year, perhaps mercifully signaling that once True Blood and the wretched Twilight movies have run their courses, Nosferatu will crawl back into their coffins for a couple decades and come back with some class. Anyway, it’s a shame that so few fanged fans are here to follow the people/signs directing them to the Marriott where they are soliciting donations from any type or alien race. Wonder if they’ll throw in a free midi-chlorian count? Specifically the Volunteer orange-clad Tennessee contingent in town for the Chick-fil-A Kickoff game at the Georgia Dome, many of whom have the audacity to walk around, grown men and women draped in loud jerseys worshipping teenage and young-twenty-something footballers, and make fun of the youths’ slavish devotion to such a meaningless pastime. Strangely, I spotted more than a few Volunteer fans wearing DragonCon badges. This leads me to believe that either DragonCon has finally recognized Fantasy Football as the nerd-hobby it is, or several convention-goers did their research and came up with all-time ironic costumes. Or maybe some people just double-dip in subcultures.

3 / A Toss-Up
Number three WAS going to be the dude in the brown robe with the plastic pumpkin on his head (Jack Pumpkinhead from Return to Oz?) who approached me mere feet in front of the hotel and adjusted his crotch with creepy finger extensions while asking me “Is this the Hyatt?” But actually, at Dragon Con, the weird part of that incident was me: Button-down shirt tucked in, scribbling in a notepad, documenting things I will never fully understand. Perhaps it is best that I head out and leave the goings-on between the tenth Doctor and Wonder Woman in the skyrises of downtown Atlanta to my (and their) imaginations. 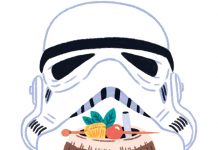 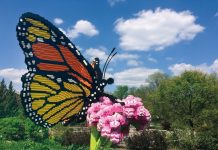 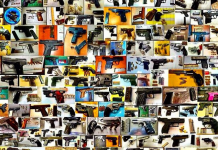