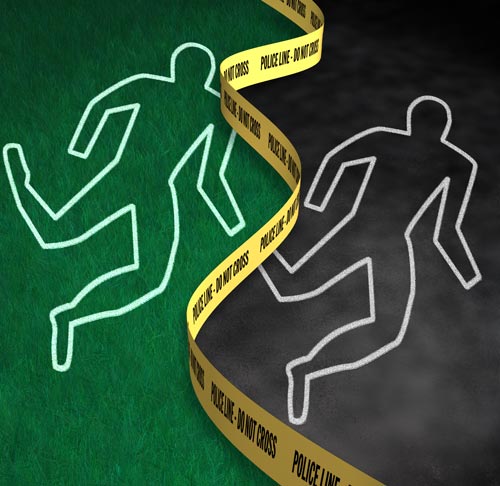 In the two weeks following the May 17 shooting of Saman Balkhanian as he walked from a Braves game, there has been substantial media attention paid to the crime spike in south Atlanta. This intensified after the Memorial Day Weekend murder of Patrick Cotrona in East Atlanta Village.

An interview with Balkhanian got big play this weekend in the AJC, while last Friday’s vigil in honor of Cotrona was the subject of multiple news reports (including two posts in this blog). Mayor Kasim Reed mentioned Cotrona’s death specifically when detailing a plan for increased police presence in Zones 5 and 6.

But in all this talk about victims of violent crime, the fatal shootings of two other men merited only perfunctory media mentions—even though they occurred in the same areas and within the same time frame.

According to police, twenty-seven year-old Henry Omar Reeves was shot and killed just before midnight on May 18. Police and EMS responded to a 911 call of shots fired and person down in East Atlanta Village, and found Reeves on Metropolitan Avenue, dead with a gunshot wound to the chest. He was killed the day after Balkhanian was shot and less than a mile from where Cotrona was killed seven days later.

Drexel L. Berry died Wednesday, May 29, after being shot multiple times on Cooper Street, according to police. Around 2:30 that afternoon, Berry ran to a house on Pryor Street after being shot in the leg, arm, and back. He was transported to Grady Memorial Hospital, but died of his wounds. Berry, twenty-four, was shot less than a mile to the west of Turner Field, and less than two miles from where Balkhanian was shot. Berry’s shooting happened a few hours before a Braves home game against Toronto.

Considering the similarities in time and location of the other two murders and that of Cotrona, it seems one notable difference is that Berry and Reeves were black. As it has been frequently observed, media coverage favors white victims.