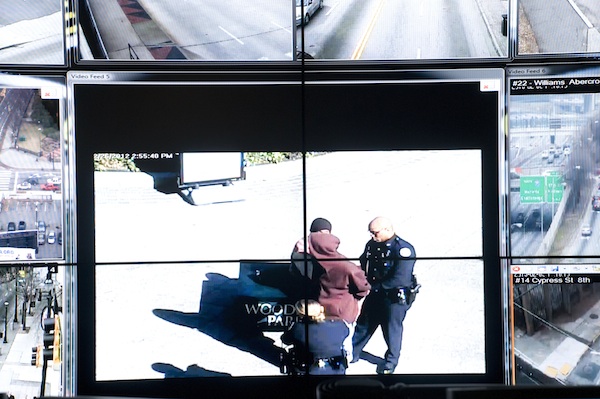 Obviously, the Boston Marathon bombing has
heightened local concerns about security at public events, particularly the Peachtree Road Race coming up on the Fourth of July. And, as the world learned, video cameras were crucial to spotting the alleged bombers. As a result, while Atlanta preps for the Peachtree, all eyes turn back on the APD’s video surveillance center.

This week, mayor Reed issued a statement heralding Atlanta’s “enhanced safety measures” at the world’s largest 10K, which draws 60,000 runners and hundreds of spectators to our city’s foremost thoroughfare. Among the measures mentioned was installation of more video cameras along the race route.

APD spokesman Carlos Campos says the department is not ready to discuss specific numbers of new or existing cameras, but he emphasized that the VIC (Video Integration Center) would be fully staffed and that all cameras will feed into the Joint Operations Center much like they were during the Final Four. And since it’s a holiday, citizens should expect beefed up security across the board for other Independence Day events like fireworks at Lenox Square and Centennial Park.

So if you plan run through town (or cheer on someone more energetic) on the Fourth, smile—you’re being watched.

In the meantime, take a behind-the-scenes tour of the Video Integration Center, featured in our May issue. 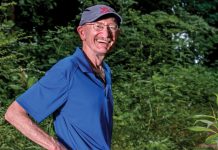 The joy of handing out water at the Peachtree Road Race