Athens record producer John Keane is perhaps best known for twisting the knobs on some of the biggest hit albums for R.E.M., Widespread Panic, Indigo Girls and Pylon. But as one-third of  We Three Keanes on stage tonight at the Variety Playhouse in Little Five Points, the guitarist and vocalist will debut selections from his most personal work to date: “O Christmas, Where Art Thou?,” his brand-new seasonal CD with twin daughters Paige and Rachel Keane. The cool stripped down acoustic roots Christmas disc featuring Paige and Rachel’s distinctive harmonies began several years ago as a family holiday caroling ritual with REM manager and Keane pal Bertis Downs as a fan.

“Bertis lives around the corner from us and has this Christmas party every year,” explains Keane. “One year we showed up with an acoustic guitar and the girls just started singing. It’s grown from there. We probably started back when the girls were 13 and they’re 17 now. Over the years, we would send out recordings to friends on CD. This year, my wife suggested we make an album of the songs.”

After recording “Please Make Welcome,”  Atlanta act Whiskey Gentry’s debut album this year, the band invited We Three Keanes to open tonight’s show at Variety Playhouse and their Dec. 15  gig in Athens at the Georgia Theatre. And Keane’s secret to performing with his kids live on stage? “They have to be into it. This isn’t something you drag kids into if they’re not into it. Thankfully, my daughters love performing. There is not a shy bone in their body. It’s just a lot of fun for us.” Copies of “O Christmas, Where Art Thou?” by We Three Keanes will be available tonight at Variety Playhouse and can also be obtained through Keane’s studio website or at Wuxtry Records in Athens.

The mere fact that the furniture arrived only minutes before the hundreds of bold-faced names on the guest list did not deter the owners of STK Atlanta from hosting the eatery’s long-awaited Atlanta debut Thursday night at 12th & Midtown at 1075 Peachtree Street, next door to the Loew’s hotel. In honor of World AIDS Day, STK treated guests to specially made cherry-hued libations featuring Belvedere Red Special Edition vodka. As it turns out, furniture became an after-thought as the polished, packed crowd kept busy swivelling heads toward to the door to see the next notable Atlanta strolling into the party off the red carpet.

Doggie on the Catwalk founder Vincent Martinez had breaking news to share: In 2012, in the event’s fifth year, the fashion runway event benefit for Pets Are Loving Support will break ties from Martinez’s Urban Couture teen fashion program and Grady High School and will feature designs from college-age students and professional designers for the first time. “It was just time to grow up the event,” Martinez told us. This year, Doggies will take place on May 18 at Room & Board in West Midtown with both a bar for the first time and the return of WSB-TV news anchor Monica Pearson on the Doggies catwalk.

MetroFresh owner Mitchell Anderson, attending with partner Richie Arpino also had news to share. In addition to his second location inside the Atlanta Botanical Garden staying open until 10 p.m. throughout the holiday season to nourish the huge crowds coming in for “Garden Nights, Holiday Lights” Christmas lights display, the recovering actor is also back on the boards at Actor’s Express starting Jan.12. “I’m doing ‘Next Fall’ by my playwright friend Geoffrey Nauffts,” he told us. “I have no idea what made me think I would have time for this! But the two most important men in my life, Richie and [MetroFresh chef] Rockstar gave me their blessing so I’m going to give it a go!”

Atlanta city councilman Kwanza Hall was thrilled with STK’s upscale addition to the neighborhood. “We’re bringing it back to Midtown,” he said. “We’ve got just a couple more blocks to work on now as we continue our mission of creating a safe, clean and wholesome neighborhood here. This is a wonderful start!”

We should all know by now that Sunday night’s ninth annual Toy Party at AmericasMart 3 downtown is one of the biggest fundraisers for kids and one of the most high-profile networking events of the holiday season. The rules are simple: Bring a brand-new unwrapped toy or gift card with a value of $25 or more and you’ll receive free admission into the soiree. Arrive early (the event begins at 5:30 p.m.) to avoid the inevitable log jam. We asked Toy Party’s Christopher Bess for additional toy buying tips for the For The Kid In All Of Us benefit. “We always love it when attendees remember that our beneficiaries serve slightly more girls than boys and we also supply gifts to tweens and teens and they love gift cards from Target, Best Buy, Walmart, you name it. Electronics and board games are also always popular with them as well.” This year, the W downtown will host the Toy Party after-party. In other words, yes, you will have a hangover at work Monday. Plan accordingly. For details, go to the official Toy Party website. 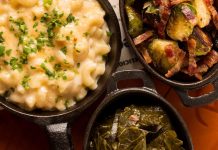