Her son Sam, the poopy-diapered darling of “Operating Instructions,” announced he was going to be a dad. At age 19.

For readers who howled, wept and ravaged their cuticles through “Operating Instructions” (and then went out and bought a copy for every expectant mother they knew), the news that Sam Lamott is now capable of siring offspring is a jolt akin to the opthamologist informing us that if we ever intend to read a menu in a dimly lit restaurant again, we’re going to have to suck it up  and buy the damned bifocals. To soften the blow, the adorable baby in a tiger suit who has been staring at us from the spine of “Operating Instructions” on our bookshelves through four U.S. presidencies has co-authored the book with his mom. Sam will be with his mom Friday when the Lamotts return to Atlanta for a Georgia Center for the Book-sponsored reading and signing at the First Baptist Church in Decatur at 7 p.m.

For the record, Lamott wasn’t initially thrilled at the idea of becoming grandmother at 55 either. She writes in the opening pages of “Some Assembly Required”: “But who asked me? I’d always looked forward with enthusiasm to becoming a grandmother someday in, say, 10 years.” By page 10, Lamott is in the delivery room, locked and loaded with her trademark wit and wisdom. Describing the chaotic scene, Lamott writes: “The doctor who looked like a young Ethel Kennedy, scrappy and beautiful, bounded in, as if we were all on a tennis court. . .although her eyes squinted like a mole would in bright sun. My first thought was ‘Oh my God, she’s a blind gynecologist. Affirmative action has gone too far this time.’”

Sam, now 22 and an art student in San Francisco, shares his mother’s gift for communicating honestly and openly with readers. In the book’s preface, he can move you to tears in just five sentences. Explaining to his newborn son Jax why he encouraged his mom to write the sequel, Sam writes: “When I read ‘Operating Instructions,’ I hear and feel my mother’s love for me, her frustration and dedication, her innermost feelings and favorite moments of my first year with her. . .And I wanted you to have a book like ‘Operating Instructions’ that is all your own.”

Of Sam first sharing the preface with her, Lamott tells Atlanta magazine: “I was just so moved. I knew he always loved the book because he talked about it so many times over the years. But when he wrote that he wanted to give Jax his own book like ‘Operating Instructions,’ I was just moved into silence. That doesn’t really happen very often for me!”

With this week’s publication of “Some Assembly Required,” the Lamotts are still gauging reader reaction as they begin the book’s national tour. Tuesday night’s signing at the Barnes & Noble in NYC’s Union Square was emotional for all. “People were moved to tears to see us together,” says Lamott. “As you said, they see this eight or nine month old person on the cover of ‘Operating Instructions’ in a little Mervyns tiger suit and he’s kind of frozen in amber for them. They think, ‘Oh, he must be about 14 now.’ Instead, he’s 22 and he had this baby when he was 19. I think they find it shocking that 22 years have passed for all of us. I know it’s shocking for me!”

Never fear, Lamott has adjusted nicely to life as “Nana.” “All the pressure is off grandparents,” she says with a laugh. “Now the pressure is on our kids to raise their own damn kids. Grandparents are hilarious to talk to. We all want to glom onto the baby and then kind of, sort of, semi-accept that it’s their baby and their lives. The baby has parents and they’re not you. We love when they come for a visit but we also love it when it’s time for them to go home with their parents. After 20 years, you completely forget how exhausting kids can be. At the end, you just collapse on the couch with your tongue hanging out and your house looks like the scene of a fraternity party.”

Anne and Sam Lamott will sign copies of “Some Assembly Required” Friday night at the Georgia Center for the Book-sponsored reading at First Baptist Church in Decatur at 7. For details, go the literary organization’s website. To follow Anne and Sam Lamott’s adventures on tour, follow them on Twitter via ANNE LAMOTT and SAM LAMOTT. 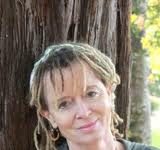 Anne Lamott returns to Decatur tonight to share the power of three words: Help Thanks Wow