Three decades ago, when he was starting out as an APD recruit, George Turner’s job included “picking up drunks and transporting them to detox over on Boulevard.” This morning, Turner, now chief of the Atlanta Police Department, presided over the opening of a mini precinct nestled into the lower level of Atlanta Medical Center and catty-corner across Boulevard from the old detox center (now Fulton County’s drug and addiction services office).

“There are longstanding problems we need to deal with,” said Turner. The precinct, he said, was one piece of dealing with public safety, but for it to be a success, APD will “not get there alone.” The audience — which included neighborhood association presidents, community activists, and curious neighbors — nodded in agreement, as did the dozen officers assigned to the new precinct, standing behind Turner and major Keith Meadows, the commander of Zone 6, which will include the new precinct and was just re-assigned the Boulevard corridor back in a December APD reorganization.

The ceremonies included a charming performance by pre-K students at Renaissance Learning Center, speeches by Atlanta Medical Center president and CEO William Moore and city councilmembers Kwanza Hall and Michael Julian Bond (“twenty years and fifty pounds ago, I used to live in this community”) and an invocation by Father Jeffrey Ott of Our Lady of Lourdes.

But the real rhetoric came when Hall asked everyone in the room to stand, raise their hands, and take the “Year of Boulevard” pledge, which included promising to spend time “building the neighborhood up,” being “a friend and advocate for those who are in most need” reporting “crime by calling 911” and supporting “small businesses that care about me and my neighbors.” After rousing calls of “Yo Boulevard!” that ended the pledge, people mingled, had snacks, and took photos with the cops, then everyone trooped into the surprisingly brisk morning for a ribbon cutting ceremony. Then the dignitaries and press chatted for a while while the cops moseyed around their new digs — as yet not fully furnished office space in the Medical Center building that Boulevard. (Map and more details here.)

The opening of the precinct, which will operate out of space donated by Atlanta Medical staffed by extra Zone 6 cops funded by the city, is the biggest and most tangible milestone in the Year of Boulevard effort to date. “Atlanta’s good at building buildings, tearing them down, and renovating them, but we haven’t expended the same capital and energy building people,” Hall said in his opening remarks. “What can we do to make a difference in their lives?”

The new precinct, which will focus on community policing and increase APD presence in along street known for blatant drug dealing, is one step toward turning “theory into practice,” noted Hall. 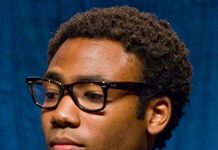 6 things we hope to get in Donald Glover’s new TV show, ‘Atlanta’ 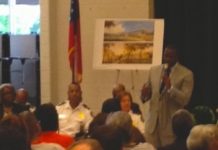 Mayor Reed on Atlanta crime: ‘I don’t want to hide behind statistics’ 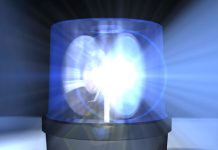