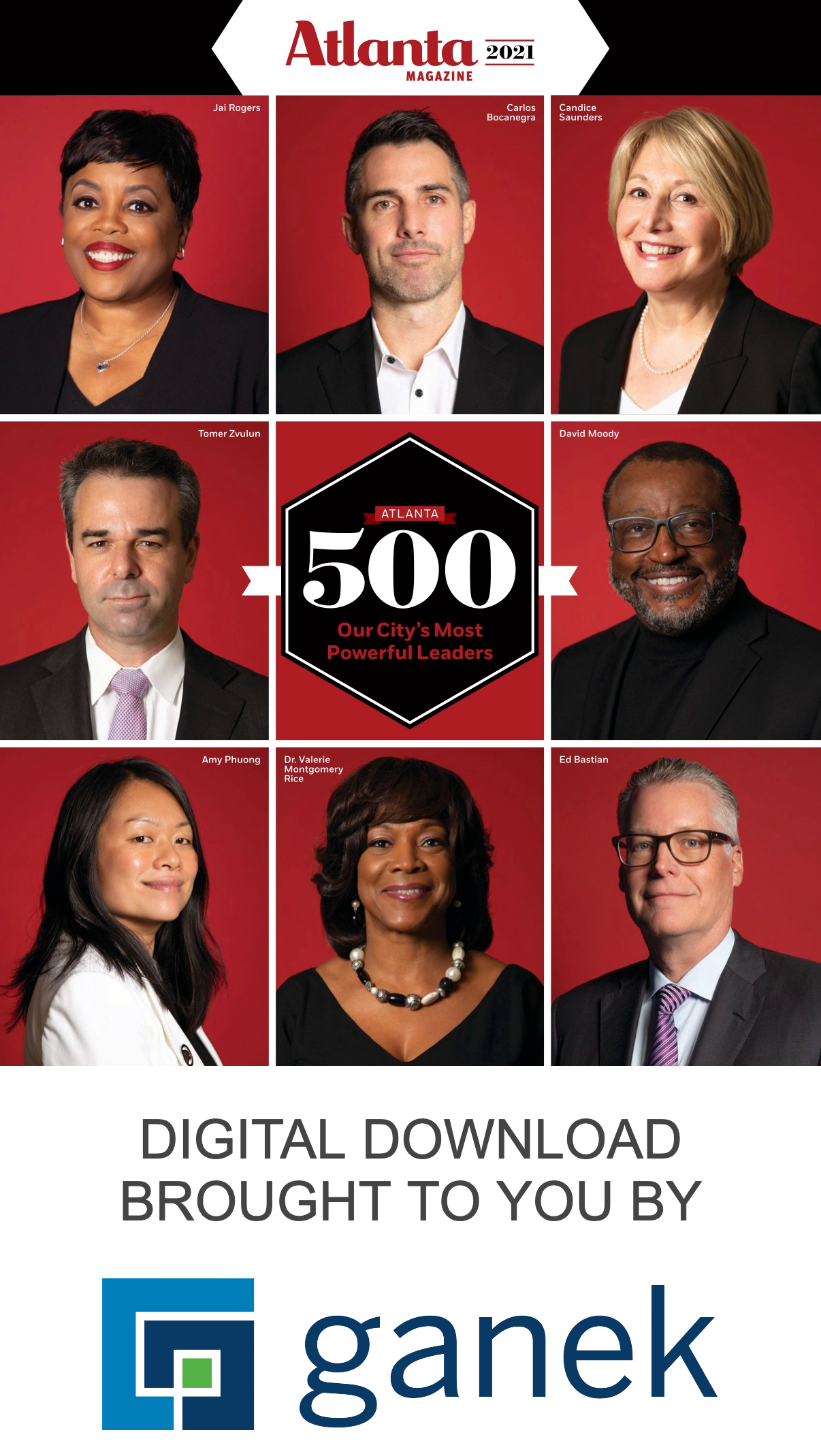 We hope you will use the Atlanta 500 throughout the year as a valuable resource for you and your business. The list also includes dozens of leaders who the magazine has deemed as “Legends.” The Atlanta 500 recognizes the most influential Atlantans—including not only corporate CEOs, but also leading entrepreneurs, educators, researchers, artists, and those who are leading nonprofits and shaping public policy.

Those on the Atlanta 500 have been chosen by the editors of Atlanta magazine and with input from the public, along with our network of business and civic leaders across the city. Many hundreds of individuals across dozens of industries are considered during a multiple-month selection period. Atlanta magazine relies on our own decades of experience covering the metro area, along with meetings with key influencers and research by some of our most experienced contributors. In addition, readers and followers alike have the opportunity to submit nominations for consideration online. “CEOs of our city’s largest corporations or firms’ top producers were likely candidates; but we also looked to see if those achievers were plugged into the city—serving on nonprofit boards, spearheading programs for their communities, and creating opportunities for their employees,” said Betsy Riley, Editor in Chief of Atlanta magazine.

For 60 years, Atlanta magazine has had our finger on the pulse of Atlanta’s thought leaders. It was the Atlanta Chamber of Commerce that launched Atlanta magazine beginning in 1961 as a way to promote Atlanta’s vibrant business community. For decades we have covered the obvious and the under-the-radar leaders who shape this city.

Access the 2021 digital edition of the Atlanta 500, brought to you by Ganek

If you or your company would like to order additional print copies of the Atlanta 500 please contact our subscription line for easy credit card processing and fulfillment at 866-660-6247 (HOUR Media).