Amy Phuong, 32, graduated from Georgia Tech in 2005 and was confirmed as Atlanta’s parks and recreation commissioner earlier this year. Before joining city government, she managed operations for a warehouse and logistics company and is the first to admit that she knows “more about enjoying a tree in a park” than planting one. We spoke on March 17, the day city residents voted on a $250 million bond referendum that included some $18 million toward parks and recreation projects.

How tired are you of the Leslie Knope comparison? And is there anything about your job that’s actually like what we’ve seen on Parks and Rec?
I think I’d watched [the show] twice. At least initially, the joke was, “Okay, you’re like Leslie Knope.” So I decided to flip it and say, “It’s more like I’m the real Amy P of Atlanta since our initials happen to be the same.” I actually kind of like that the show is something in mainstream media that is sort of what we do—if not that realistic. [Editor’s Note: Phuong has had a picture of Knope as her Facebook profile photo at least once.]

What is the biggest misconception that people have about the parks department?
People understand, “You guys mow the parks; you guys pick up trash.” But we also shape what our parks look like, [often] in partnership with other community groups and philanthropic leaders. People don’t remember that Piedmont Park was not all that pretty not too long ago.

The name parks and recreation implies fun. Does that make it hard for people to understand the serious contribution of city parks?
We have—at least right now—great champions for our parks and recreation spaces, especially in disadvantaged communities. A lot of cities went in the other direction. Baltimore once had 50 or 60 recreation centers, but now a lot of them are closed. [Reed] said, “We are going to reinvest, and they will come.” Overall, our numbers have shown he was right. We’ve started robust youth programs in Thomasville, which is near the Federal penitentiary, and in Adamsville, which is in southwest Atlanta. We’ve gone from a couple hundred kids to just over 1,500 in a fairly short amount of time.

In 10 years, what do you want to have accomplished?
I want to make sure that if we have some bold opportunities; we strike. The [revamp of] Martin Luther King Natatorium is one of those projects. The city has not built a natatorium or recreation center in the past 23 or 24 years. To do something for the first time in more than 20 years and to reflect the needs of today could be a great moment.

I also want to ensure that we carry out great work in a cost-effective way. That might not sound glamorous, but I think if I do the boring stuff really well and leave it in good hands, the next person will be able to come along and have more money for parks and investment in communities. 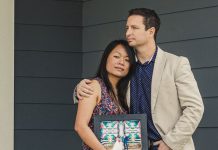 Amy Phuong: “It hit me. We’d been planning so long, and now, our wedding is not going to happen.” 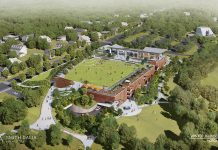