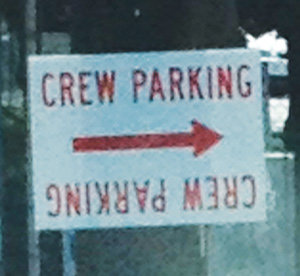 Merely Curious
Atlanta Movie Tours offers three different three-hour bus and walking tours of film locations throughout the metro area. The Atlanta Film Sites itinerary ($45) covers classics like Driving Miss Daisy, The Blind Side, and Remember the Titans, among others. But most popular are two zombie-related excursions built around The Walking Dead. The Big Zombie Tour Part 1 ($45) covers landmark locations of season one—the hospital, department store, “CDC,” and the bridge where Rick came riding into town. Part 2 ($65) goes to Senoia, where TWD is filmed now. The tours are led by extras—often those who have played zombies on the show—who spill insider secrets. For example, on a recent tour, we learned that there are different levels of zombies based on how well they act undead. Grade A zombies get better makeup. atlantamovietours.com

Slightly Starstruck
Want to spy celebrities in person? Hang out where they do. There are Twitter and Facebook pages devoted solely to tracking their whereabouts in metro Atlanta. Follow
@ATLWOOD411, @Peachyscoop, and @olv for tips on where stars are shooting, eating, and staying. Stars often prefer the St. Regis Atlanta, Four Seasons, W Atlanta–Midtown, and the InterContinental, so they’ll eat or work out nearby. Top restaurants are also good bets. Hot spots include Antico Pizza, STK, Watershed, South City Kitchen, Chops, and Umi.

Bona Fide Stalker
To find active sets, watch for bright neon signs with bold black arrows and random acronyms. The code is usually an abbreviation for the movie’s name or the production company (KTM, for example, was Kill the Messenger, pointing the way to star Jeremy Renner). Follow the arrows to closed roads and lots of street activity. If you see a sign with “base camp” or “crew parking,” you’ve hit pay dirt.

Set Etiquette
To avoid getting kicked off the set, follow these tips from the pros:
■ Stay behind the lines or barricades.
■ Studios don’t like for photos to be leaked before movies are released. But if you’re on public property, it’s legal to snap away. Do mute your camera or phone.
■ If stars are lounging around between shots, take your chances with asking for autographs or photos. We hear Jim Carrey and Paul Rudd were very gracious during Anchorman 2 filming at Woodruff Park.
■ Sometimes you can find souvenirs after the crew leaves. A magazine staffer (not naming any names here) once found discarded chunks of fake coal from The Hunger Games: Catching Fire at the Goat Farm.