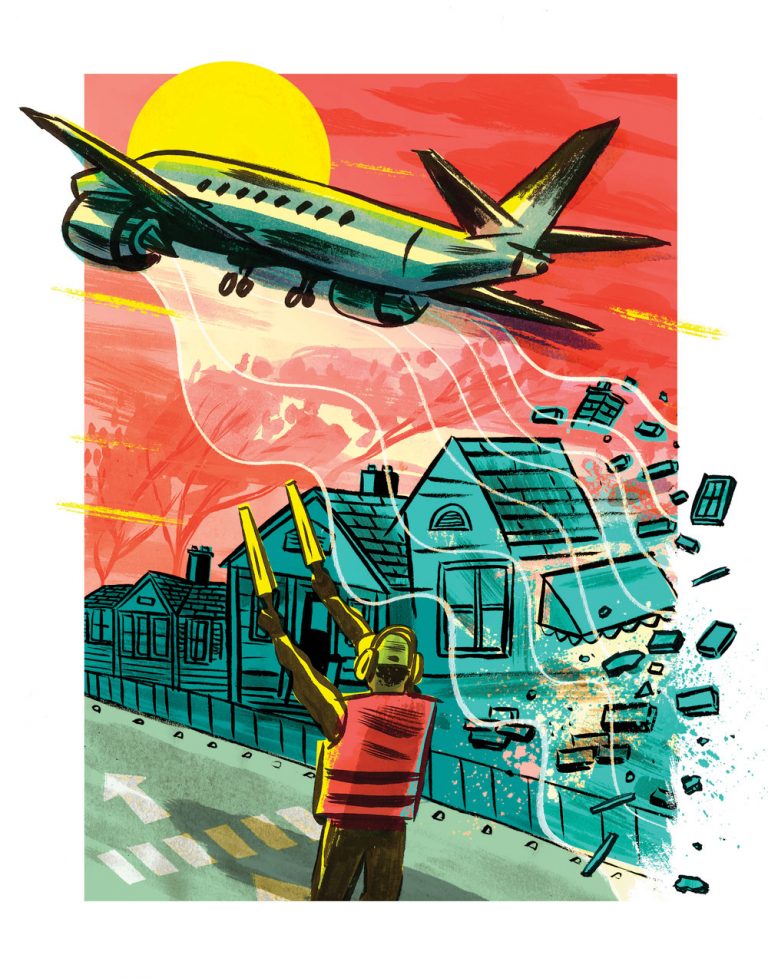 When Hannah Palmer moved back to her hometown of Forest Park in the mid-2000s, she found that every place she’d ever lived in had been obliterated. The destructive force at play: the Atlanta airport. Palmer’s first home was replaced by FAA offices, the second by Air Logistics Center II, a freight complex. “We have the world’s busiest airport,” writes Palmer. “So what? If Atlanta wants to grow into something more than just a constellation of busy, efficient, but eminently unlovable places, shouldn’t someone measure the airport’s cultural impact, count the cost of all that’s been lost?”

So begins Flight Path: A Search for Roots beneath the World’s Busiest Airport, a persuasive memoir that uses personal history to construct a troubling indictment of the airport’s relentless expansion. Palmer argues that even though it’s an obvious catalyst for the regional economy, the 4,700-acre facility has “gradually made the south side uninhabitable.” She writes, “When the airport grows, everything it touches hardens into parking lots and warehouses.”

Palmer, an urban designer, reconstructs how, nearly 40 years ago, the airport swallowed Mountain View, the small town near Hapeville where her parents lived when they were first married. In the late 1970s and 1980s, the City of Atlanta paid residents to relocate due to noise from Hartsfield. Returning to the site of Mountain View in 2004, Palmer and her husband duck under a fence and find a ghost town where “the jet noise and heat were like a hair dryer to the face.”

The author’s meticulous—if occasionally tedious—research sorts through the logistics of dismantling hundreds of residences and businesses unlucky enough to sit on “noise land.” What she finds challenges some established notions about white flight and the exodus out of Atlanta’s south side that unfolded as “both the black and white communities were physically erased.”

At its conclusion, Flight Path lands a timely argument for city planning that nourishes instead of displaces. The author wonders if “airport urbanism” could reboot the extensive property as a livable community. “Could the runways ever be our riverfront? Plane spotting can be oddly soothing.”

It may be a pie-in-the-sky fantasy, but this proposed Atlanta Aerotropolis sounds like a destination worth aiming for.

Palmer will stop by Highland Inn Ballroom to discuss her debut memoir on April 13.

More: Our Q&A with Palmer on growing up on the south side and her vision for the communities surrounding the airport.

Fall reading: Cozy up with these 5 books from Georgia authors

Among the Living
by Jonathan Rabb (Other Press), available 10/4
In his latest novel, Rabb considers the Jim Crow South through the lens of Jewish experience. In 1947, after losing nearly all of his family in the Holocaust, Yitzhak Goldah arrives in Savannah, where he relates far more to the South’s persecuted African Americans than to the members of what he finds to be a fractured Jewish community. Rabb sublimely navigates Yitzhak’s desperate search for something resembling the life he’d once known. —Anjali Enjeti

The Sleeping World
by Gabrielle Lucille Fuentes (Touchstone)
In 1977 Spanish university student Mosca ditches her exams and small hometown to uncover what happened to her brother, Alexis, who disappeared in the final days of Francisco Franco’s brutal dictatorship. As Mosca and three friends cross Spain by foot and train, they discover a tumultuous country whose people are fighting to establish a new order. The novel is a bracing debut from Fuentes, a PhD student at the University of Georgia. —Anjali Enjeti

Virgin and Other Stories
by April Ayers Lawson (Farrar, Straus and Giroux), available 11/1
After Lawson published her short story “Virgin” in the Paris Review in 2010, it didn’t take long for the author to gather both a Plimpton Prize for Fiction and a book deal. The resulting debut is a collection of five stories about young people who are waking up to the world and all its complications. Lawson, a recent lecturer at Emory, sets her work in a deeply religious yet sensual South, underlining the region’s twin embrace of sin and salvation. —Jennifer Rainey Marquez

The Guineveres
by Sarah Domet (Flatiron Books), available 10/4
This debut novel, a coming-of-age tale set in a convent, tells the story of four teenage girls all inexplicably named Guinevere and all desperate to escape the Sisters of the Supreme Adoration. Domet’s lively writing is as original as her plot, which knits the Guineveres’ struggles together with stories of female saints. Poignant and often funny, Domet captures the fever of teenage desire by pinning it against the confines of a strict religious environment. —Tess Malone 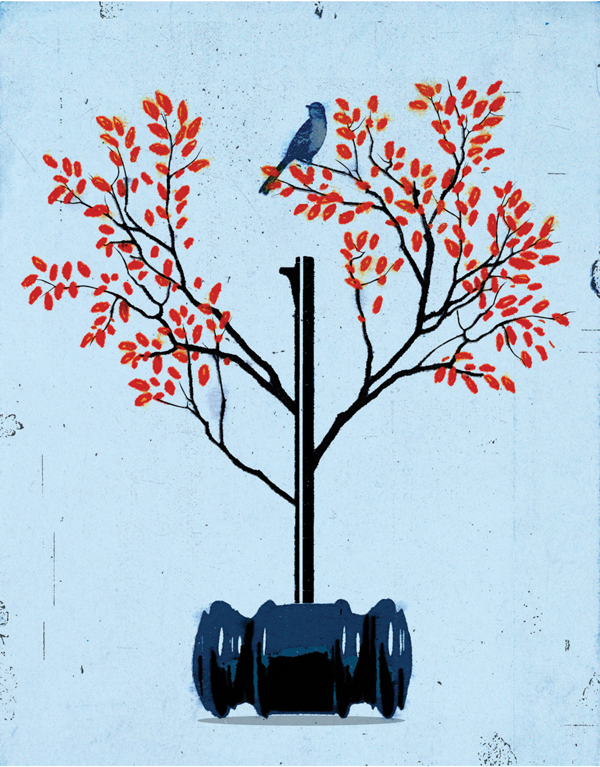 Call it an Atticus flinch: the involuntary shudder felt when encountering yet another headline about Harper Lee’s To Kill a Mockingbird. Last summer the late author sparked the literary debate of the decade with the publication of a half-baked sequel, Go Set a Watchman, which wrecked the reputation of Lee’s once-beloved hero. Readers who are still gun-shy after the Watchman controversy may find a modicum of comfort in Joseph Madison Beck’s new memoir, My Father & Atticus Finch: A Lawyer’s Fight for Justice in 1930s Alabama.

Beck, an Atlanta attorney and Emory Law School adjunct professor, adds texture and context to Lee’s novels by recounting his own tense family history. In 1938 the author’s father defended a black man accused of raping a white woman in Troy, Alabama. Drawing from letters, newspaper articles, court documents, and recalled conversations, the book graciously reconstructs an egregious miscarriage of justice in a bygone era. The courtroom drama unfolds in language that’s immediate and cinematic, even if some scenes border on twee.

While similarities to Mockingbird are undeniable, Beck simply hopes that his father’s story may have inspired Lee. “I don’t doubt that her novel is fiction,” he writes. “But might stories . . . nonetheless have filtered through to Monroeville, also in south Alabama, where Ms. Lee, at the time 12 years old, grew up?”

As in Watchman, the focus drifts into deliberations on topics ranging from the Ku Klux Klan to Hank Aaron’s mixed-race baseball league. Beck also considers the “blind spots” among even the era’s progressives, which helps shed light on Finch’s controversial views in the sequel.

According to the preface, Beck’s manuscript was finished before the release of Watchman, “a book that brings to mind the question: who is the real Atticus Finch—the beloved lawyer in Mockingbird or the paternalistic bigot of Watchman? The truth is, there were both kinds of Atticus . . . in south Alabama in those days.” My Father and Atticus Finch may not solve the Gordian knot of race relations in the Jim Crow South, but it does help map the thorny landscape that later hatched a masterpiece.