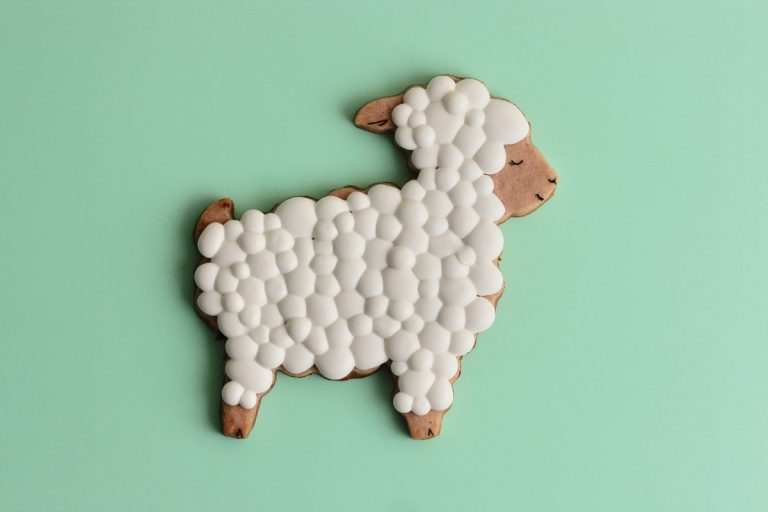 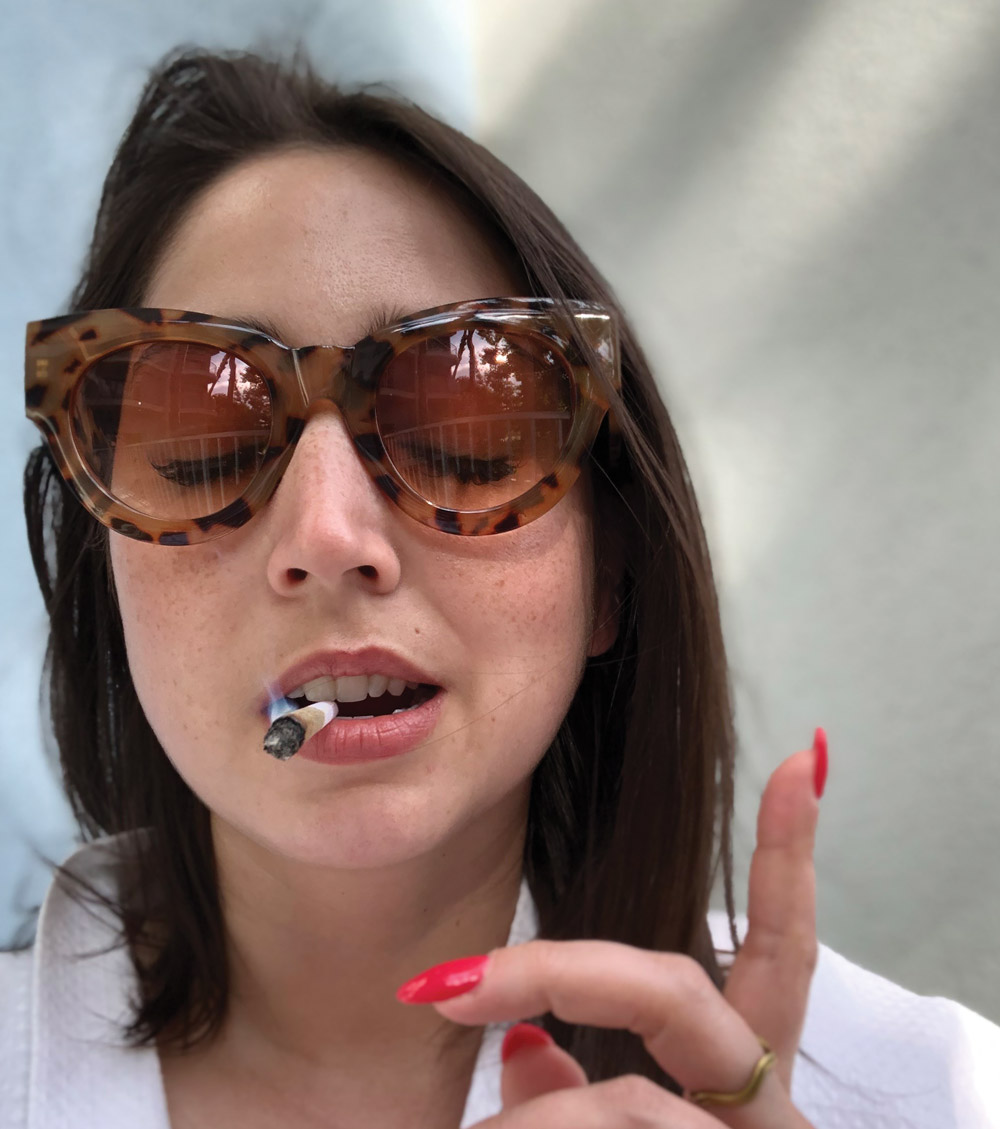 Your guide: Beca Grimm
The Dope Girls zine cofounder and party host extraordinaire shops local to ring in 2020 with a Babysitter’s Club–themed bash at home.

December 1
I’ll put in an order for Kookie House cookies with Babysitter’s Club characters’ faces on them. Obviously, Claudia, the cool, fashionable one, is a chocolate ginger spice. Then, I order four candles from Etsy’s Kin Karasu—white tea and citrus would be nice. They’ll go in the bathroom, living room, porch, and back room (cat room). Finally, I’ll see if Maricela Vega of 8Arm can cater. Anything vegan that she wants to put into masa would be perfect.

December 16
For alcohol: I’ll order a pony keg of SweetWater 420 from Westview Corner Grocery. It’s an easy beer that pleases everyone and is actually good. For wine and champagne, I’ll head to Hop City’s location on the BeltLine’s Westside Trail. Montane for the non-drinkers. And I’ll book the dogs a sleepover at Barking Hound Village Lofts. 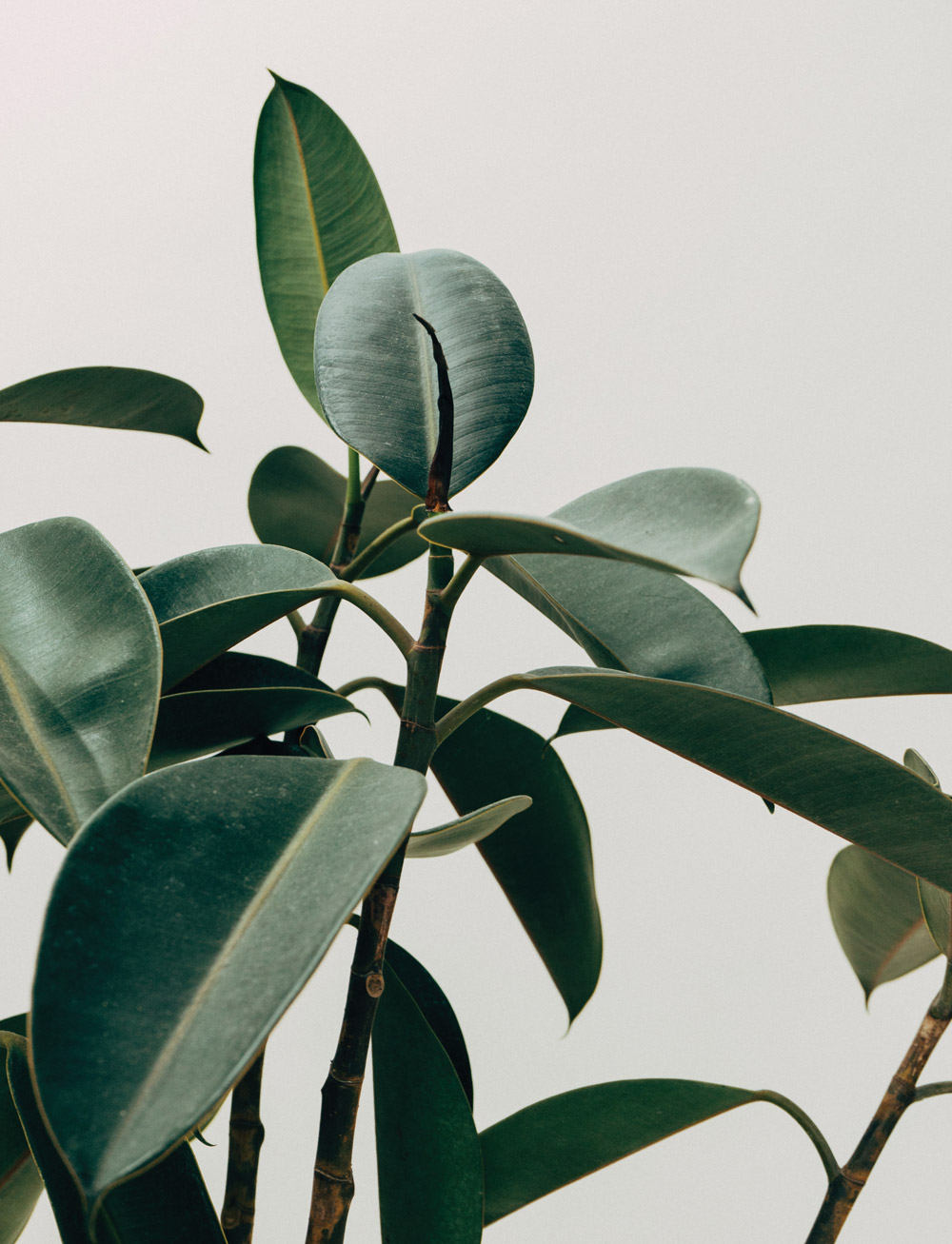 December 23
Flowers are beautiful but can also be wasteful, so I’ll use this as an excuse to buy more plants from the Victorian to make sure everyone is tripping over them. I’ll make a run to Value Village to collect mason jars to use as cups. Then I’ll go to Chamblee’s Antique Row district for extra ashtrays to collect herbal-refreshment waste. 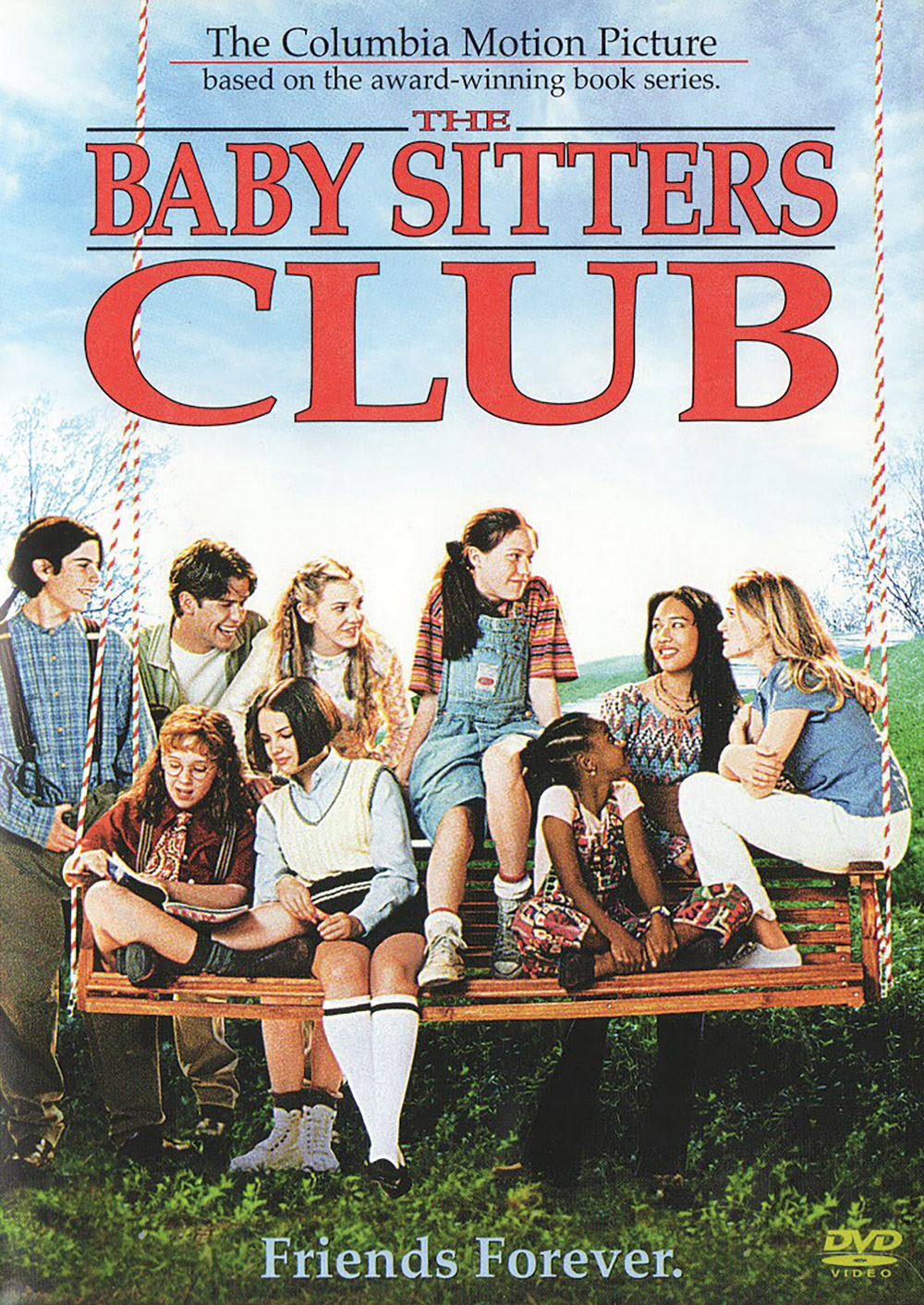 December 30
I’ll swing by Videodrome to pick up The Babysitter’s Club on DVD. They special-ordered a copy for me once, and I’m going to put it to use. Afterward, I head to Sevananda Natural Foods to buy white sage for party favors.

December 31
Crossing my fingers I have everything picked up. Bring your own skincare face masks (I’m giving y’all all this booze and masa) because I’ll be wearing one from Fig and Flower. 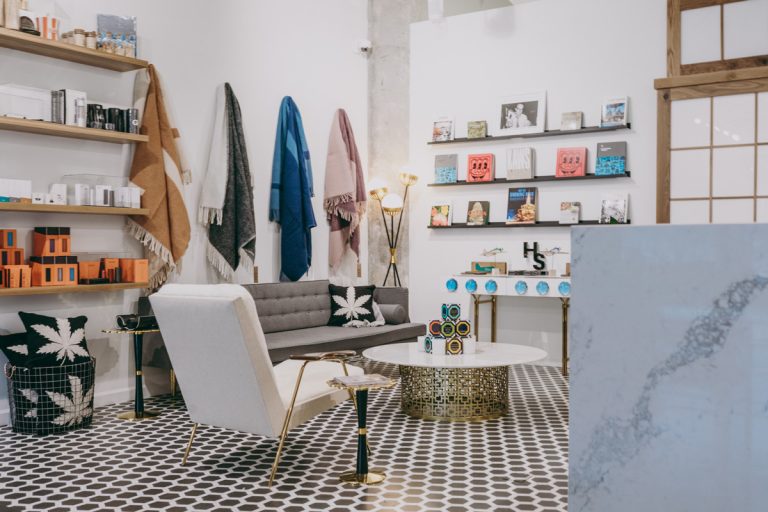 Atlanta has not exactly embraced weed, despite the city passing legislation in 2017 that decreased the penalties for being caught with less than an ounce of weed and a new state bill passed this spring that allows a handful of private companies to grow the plant in Georgia and distribute low-THC oils to medical cannabis patients. But even without legalization, Atlanta is not impervious to the green rush flooding the rest of the country. Yesterday, I literally passed five signs boasting CBD for sale on my evening commute. If cannabis still has an edge even after Martha Stewart puffed on about loving a good blunt, it may now be considered both smoothed and shellacked.

So it was only a matter of time until a business saw the opportunity in Atlanta and cashed in, quietly waiting until the plant becomes federally legal so they could really rack up. Higher Standards, a high-end weed product line turned brick-and-mortar with its flagship in Manhattan’s Chelsea Market, opened doors its at a second location in Ponce City Market in April.

Sasha Kadey, Higher Standards cofounder and creative director, says that, because Chelsea Market and Ponce City Market both fall under the luxury retail company Jamestown umbrella, the second shop was a no-brainer. Walking into the space, the thought behind its careful curation is immediately apparent. Wary Meyers candles—stocky in milk glass containers—lightly perfume the air even when unlit. Modern furniture designer Jonathan Adler has pieces everywhere, including a $98 tray (a giant pair of parted red lips revealing a golden front tooth) and a porcelain “ganja vice canister” ($98). Of course, there are also plenty of smoking devices, from $40 glass spoons not unlike what one could find at Lollapalooza to a $1,000 Cool Hand Suuze Windstar Glass rainbow bubbler. Also, CBD offerings a-plenty.

Several employees perch behind the glossy counter, eager to help shoppers. That’s really where Higher Standards feels different from the lonely, seedy smoke shops of yesteryear—more than the Malin+Goetz skincare products and the fact that they play Drake. On a recent visit, I overheard a clerk explain to a fellow customer how she prefers to smoke weed. In most strip mall head shops in fellow nonlegal states, there are typically a slew of signs enforcing “pipes for tobacco use only,” and even the most burnt-out cashiers adhere to some sort of unspoken wink wink nudge nudge rhetoric. Frankly, the openness feels refreshing. No one has to pretend they’ll be packing a bowl with pipe tobacco.

Higher Standards isn’t the only spot to score a smoking device that won’t embarrass you should company randomly drop by—not even the only spot in PCM. Upstairs, Coco + Misha boast ceramic pipe offerings, some even shaped like cute kitty cats. And even more classic smoke shops like EAV Smoke and Vape are constantly adding sleeker gadgets to the standard balloon animal-esque smokable inventory.

Still, Higher Standards’s move to Atlanta seems strategic, as they establish themselves as the mature spot to score. “We chose Atlanta . . . because the nature of our business allows us to operate in geographies that don’t yet permit plant-touching dispensaries,” Kadey says, “and as such, that gives us an opportunity to build a relationship in the community without much noise around us, and be a brand they can develop a deep relationship with, without other[s] competing for their attention.”

If they want the entire community to embrace their concept, especially a majority-black city like Atlanta, they’ll need to address concerns over marginalized populations who are disproportionately suffering from legal consequences of the very product that is the basis of their opulent business model. Though the company has no current initiatives, they did indicate interest in future action. “There are a number of great groups popping up right now, like the Last Prisoner Project [which is a nonprofit working to repair and end the hurtful effects of criminalizing cannabis], which we are looking to support,” says Kadey. “We are working on creating a fund to donate a set percentage of our proceeds to these types of nonprofit organizations and to help victims of the war on drugs, which has disgustingly and disproportionately targeted minority groups and devastated their communities.” 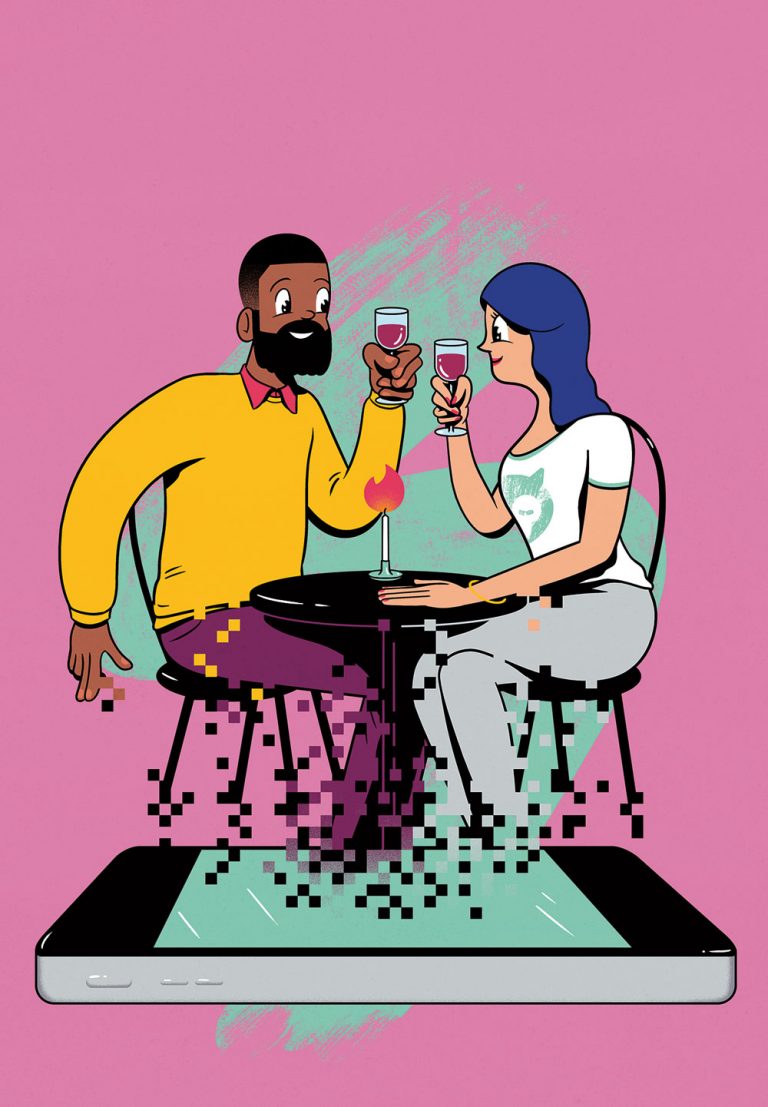 I attended more than a dozen weddings last year. When each couple was inevitably asked how they met, the answer, 50 percent of the time, was Tinder. And that was said sheepishly zero percent of the time. Six years after the dating app’s launch, it’s safe to say that Tinder has abandoned its nefarious past as “the hookup app.” So, if you’re looking for love this Valentine’s Day, you might just find it there—or at least you can find a hot person to drink with.

Once you find a match, where should you meet? I may have been to a lot of weddings, but I’ve been on even more first dates. Let me help.

A general note to start: Opt for low lighting. Everyone wants to look his or her best on first dates, and that’s especially true for ones arranged through Tinder. Think about it: Your match has only ever seen highly self-curated stills of your best angles (which I’m sure are truly stunning), but this is the first time you and your date will see each other in motion. So, ease into it. Grab two seats at Donetto’s L-shaped bar, where there’s a patchwork of lighting: first, pendant lights encased in copper-tinted glass; then, back bar shelving with concealed LED uplighting (Instagram filters can’t help you now); and finally, two wall sconces near the espresso machine (sit there). The Tuscan Italian restaurant, which opened in the Westside’s Stockyards development in September, offers a pretty extensive list of amaros, which should prepare you to hear all about fascinating topics such as your date’s sibling birth order (yawn). If natural lighting does you best, reserve a table on Cooks & Soldiers’s covered 14th Street patio at twilight and split some Spanish pintxos. Don’t worry about the cold; heat lamps fire through the winter. (But maybe skip the pan con tomate, which is rubbed with raw garlic.)

If you’re more of a jeans and T-shirt person, Joystick Gamebar in Sweet Auburn is totally low-pressure. Just be ready for friendly competition: The bar’s walls are lined with vintage pinball machines, video games (Mortal Kombat! Ms. Pacman!), and a foosball table. Between all the metallic pings and smack talk, there’s really no room for awkward silences. Similarly casual is Monday Night Brewing’s new location on the BeltLine’s Westside Trail. It’s spacious, with picnic table seating and a hyperlocal beer list (hello, they brew on premises). Try a pint of the Blind Pirate, a hoppy IPA with a hint of blood orange, and if you find that you want to make the date an official “dinner thing,” you can order delivery from Bell Street Burritos. (It’s allowed. And delicious.)

Finally, Revelator Grant Park (formerly Octane) is a first-date classic. Why? Options: You can order coffee (including decaf), tea, beer, wine, or liquor, and there are two-seaters as well as long, communal tables, which are good if you get an immediate “this might actually be a networking opportunity” vibe. Basically, Octane allows for customization. If things are going especially well, take a walk around Southern Gothic Oakland Cemetery, which is right across Memorial Drive. Because what’s more romantic than a reminder that our time on this globe is finite? Dear reader, nothing.