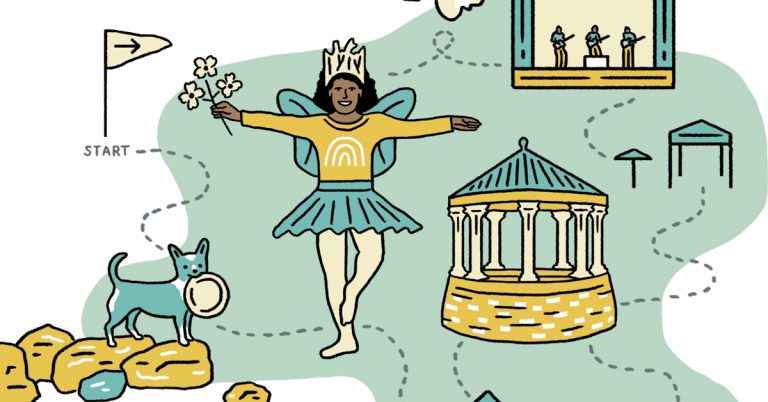 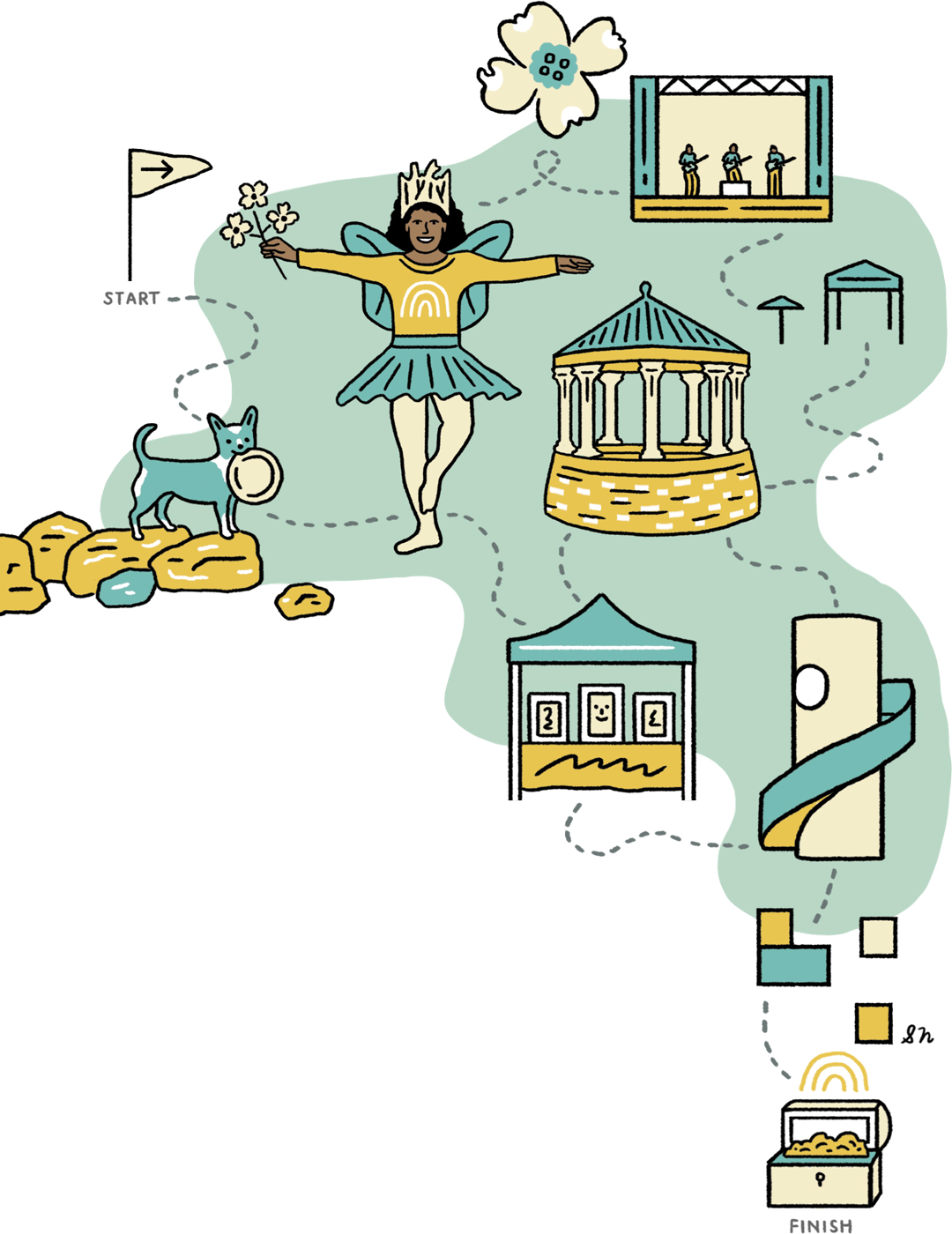 With its annual puzzle hunt, Out of Hand Theater treats the map of Atlanta like a gameboard. Since 2006, previous incarnations of the Game have required players to sample chocolate at Krog Street Market, visit Martin Luther King Jr.’s grave, collect pamphlets from religious zealots in East Atlanta, and even do the Chicken Dance in Little Five Points.

“We love making clues that don’t look like clues,” says Ariel Fristoe, one of the gamemasters who send hundreds of players into Atlanta’s neighborhoods to participate in the group’s annual citywide scavenger hunt that lasts throughout the night.

The 18-year-old theater company drew inspiration from the Herald Hunt, a challenging combination of scavenger hunt and brainteasers sponsored by the Miami Herald. Also, “one of us rewatched the Michael Douglas movie The Game and thought, ‘Wouldn’t it be fun to create a puzzle hunt in which you never knew who was part of the game and who wasn’t?’” says Fristoe, who is a cofounder and co–artistic director. “As far as we know, puzzle hunts hadn’t been done with actors before, but Out of Hand has always loved producing events in unexpected places.”

Over the years, Out of Hand’s inventive approach to theater has included staging plays inside automobiles and in people’s living rooms. Using the Game to spotlight neighborhoods like Castleberry Hill takes a similar guerrilla-theater approach but awards $500 in prizes. “Our mission is to bring arts to people and places that might not have it otherwise,” Fristoe says.

The company brought the Game to the Atlanta Dogwood Festival in 2018, rebranding it as the Dogwood Quest. The move gave Out of Hand the chance to reconceive the production as both a game and a performance piece.

Fristoe also wanted to make the game fun for festival bystanders. “How do we make it entertaining for people who don’t want to play a puzzle?” The company drew on its side gig producing interactive performances for the World of Coca-Cola to craft characters such as fortune tellers, trolls, and the Dogwood Fairy, a costumed figure on stilts who gives the players their mission.

As opposed to some of the more far-ranging games of the past, the Dogwood Quest takes place entirely in Piedmont Park on April 13. Teams sign up either in advance or at the Out of Hand Booth at the Festival and have two hours to solve the clues. Though not as challenging as the Game, the Dogwood Quest still offers puzzle fans an adventure. “The Genius clues, which we usually do at the end, are almost impossibly difficult puzzles to be tackled by bona fide smarty-pants only,” Fristoe says.

For Fristoe and her fellow gamemasters, crafting a puzzle quest and staging a play aren’t very different. “That’s part of how we look at our mission: not to make theater but use our skills as theater artists to build communities. More and more, we’re getting interested in consciously building community, one personal interaction at a time.”

Or you can just go for the prizes.

Dad’s Garage Cofounder Is Back

Director Sean Daniels is taking a break from the national stage to touch base with his peeps. “In American theater, your constant job is to find your people, the ones who get your work and speak your language. I have a lot of those people here,” says the former Atlantan and Dad’s Garage cofounder. Daniels is directing a couple of productions for Lawrenceville’s Aurora Theatre, which kicks off its 2012–2013 season this month.

From 1995 through 2004, Daniels practically became the face of Atlanta’s cheeky, youthful improv scene as cofounder, performer, and then artistic director of Dad’s Garage Theatre Company in Inman Park. Daniels left there for high-profile gigs at San Francisco’s California Shakespeare Theater and the Actors Theatre of Louisville, home of the prestigious Humana Festival of New American Plays. This summer Aurora coaxed him back to direct the 1966 musical Sweet Charity (August 2 to September 2) and the new rags-to-riches comedy BOB (January 17 to February 10, 2013).

“With Mad Men so popular, it’s the perfect time to do a show set in the 1960s about a woman who’s unstoppable,” Daniels says of Sweet Charity, which features a book by Neil Simon, music by Cy Coleman, and lyrics by Dorothy Fields. It’s usually staged with at least twenty performers, but Daniels’s version features just nine.

The director explains, “All of Charity’s boyfriends, normally played by four actors, are played by Trent Blanton [another former Atlantan]. Doing that reveals that people do have a ‘type’ while dating, even though they don’t realize it.” Daniels also gave dozens of one-line speaking parts, normally shared by an ensemble, to one actor.

Ever since Aurora Theatre moved to Lawrenceville from Duluth in 2006, the playhouse has diversified its lineup, presenting innovative new scripts as well as lively takes on theatrical chestnuts. Daniels applauds Aurora’s producing artistic director Anthony Rodriguez and associate producer Ann-Carol Pence for their willingness to take some risks. “The country is looking for musicals that can be reconceived with smaller casts. Everyone will do the nine-person Sweet Charity—after it’s been successful. They don’t want to be the first, but Anthony and Ann-Carol will.” Daniels’s stints at Aurora can be expected to inject some intown irreverence into the OTP playhouse.