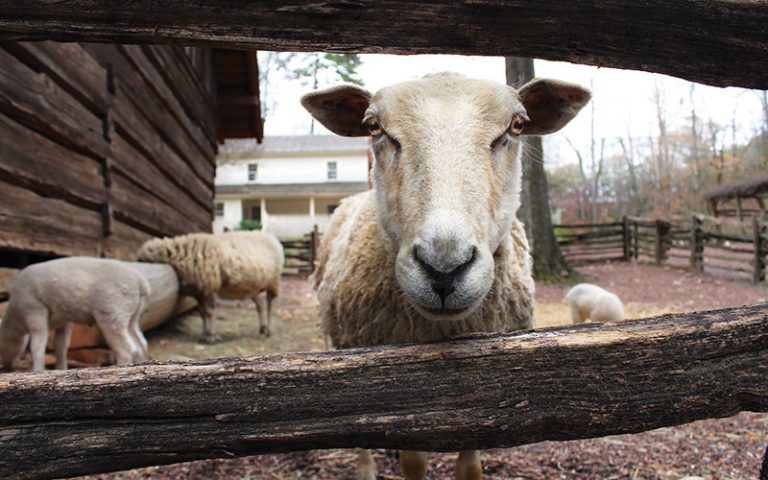 4/1-4/12
Orchid Daze: Pop!
Where: Atlanta Botanical Garden
When: 9 a.m. to 7 p.m. (Tuesdays through Sundays)
Cost: Free with admission ($18.95 for adults; $12.95 for kids ages 3 to 12; free for kids 2 and under)
What: See thousands of the exotic plants flanked by colorful pop art prints inspired by the work of Andy Warhol, Keith Haring, and Roy Lichtenstein.

4/3
Annual Open House
Where: University of Georgia College of Veterinary Medicine in Athens, Ga
When: 9 a.m. to 4 p.m.
Cost: Free
What: Pet live animals, watch sheep shearing and horseback riding demonstrations, and get your fuzzy friend fixed up in Teddy Bear Surgery.

4/4
Easter Egg Hunt
Where: Smith Gilbert Gardens
When: 9 a.m. to 4 p.m.
Cost: Nonmembers: $10 per child, $7 per adult; Members: $5 per child, adults free
What: Meet the Big Bunny himself, make Easter crafts, and—of course—fill your basket at this first annual Egg Hunt. Children will be assigned to one of three hunts based on their age.

4/4
Back to Your Roots Farm Fair
Where: Chattahoochee Nature Center
When: 10 a.m. to 3 p.m.
Cost: Free with general admission ($10 for adults; $7 for students ages 13 to 18; $6 for kids ages 3 to 12; free for kids 2 and under)
What: See farm animals, enjoy live bluegrass music, learn how to make natural dyes for your Easter eggs, get your face painted, and more at this back-to-nature event.

4/17-4/19
Seussical
When: Friday 7 p.m.; Saturday 2 p.m. and 7 p.m.; Sunday 5 p.m.
Where: Mable House Barnes Amphitheatre
Cost: $8 for ages 13 and up; free for kids 12 and under
What: The Theatre Project at the Mable House Arts Center, a community theater troop for kids and adults in South Cobb, performs the Broadway musical based on the works of Dr. Seuss.

4/18
Atlanta Steeplechase
When: 9 a.m. to 6:30 p.m.
Where: Kingston Downs
Cost: $38.75 for general admission;  free for kids 12 and under
What: Sport your best hat for the 50th annual horse race—and dress up the young’uns for the kids’ hat contest, too. In addition to the main event, check out Jack Russell races, bagpipers, and a skydive demo.

4/18–19
Bear on the Square Mountain Festival
When: All day
Where: Historic Square in Dahlonega
Cost: Free
What: Kick up your heels in a mountain dance, plus hear storytelling and bluegrass from bands like the Skillet Lickers at the Appalachian culture showcase.

4/18–6/7
Georgia Renaissance Festival
When: 10:30 a.m. to 6 p.m., weekends only
Where: Fairburn, Ga
Cost: $22 per adult; $10 per child; free for kids 5 and under
What: Tear into a smoked turkey leg while gaping at costumed jugglers, jousters, acrobats, and more at the 30th annual Fairburn tradition.

4/24–26
Up Right Atlanta
Where: Ponce City Market
When: Friday 4 p.m. and 7 p.m.; Saturday 3 p.m. and 7 p.m.; and Sunday noon and 3 p.m.
Cost: Free (Must reserve tickets in advance)
What: The fantastical Soundsuits made by Chicago-based performance artist Nick Cave are striking enough as display pieces; when worn by dancers, they spring to noisy life.

4/25
Peachtree Sports Festival
When: 9 a.m. to 4 p.m.
Where: Cobb Galleria Center
Cost: $8 in advance; $10 at the door; free for kids under 6
What: Participate in clinics for sports from basketball to dance to archery, play interactive games, and meet star athletes.

4/25
Strawberry Festival
When: 10 a.m. to 4 p.m.
Where: The Rock Ranch in The Rock, Ga
Cost: $12; free for kids 3 and under
What: Pick a pint, meet Strawberry Shortcake, and indulge in a homemade strawberry “ice dream.”

4/30
The Legend of Zelda: Symphony of the Goddesses-Master Quest
Where: Cobb Energy Performing Arts Centre
When: 7:30 p.m.
Cost: $45 to $125
What: Video game fanatics get a night to remember with this four-movement symphony that retells key moments from the Legend of Zelda franchise. 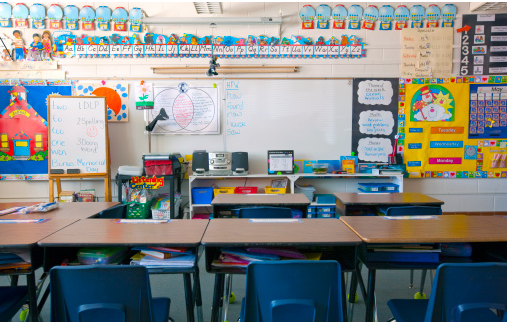 When I accepted a job offer at Atlanta magazine last fall—which meant relocating from New York City back to Atlanta, where I grew up—one of the first calls I made was to a local public elementary school. “We’re going to be moving to the area in a couple of months, and I’m wondering about enrolling my daughter in school,” I explained. “She currently attends public pre-K in New York, and I’m hoping to find her a pre-K slot in Atlanta. The only thing is, her birthday is September 8.”

“That’s impossible.” “Sorry, we can’t do that.” “If her birthday is after September 1, there’s nothing you can do.”

No matter how many schools I called, the answer was the same: no dice.

I was frustrated on her behalf—and mine (after all, now we’d be stuck paying for private preschool, and slogging through the pre-K lottery process, again). “She’s excited about going to kindergarten next year. She’s doing great in pre-K, her teachers love having her in the class,” I huffed to my husband. “I feel like she’s being punished just for moving.”

Kindergarten cut-off dates vary throughout the country. New York City’s cutoff—December 31—is among the latest. Georgia has long been part of a large pack of states with a September 1 cutoff, although a new bill may change that. Lawmakers have proposed moving the date up one month to August 1 for the 2016-2017 school year, and then to July 1 beginning in 2017-2018. In other parts of the country, the cut-off date is as early as June 1.

The result of having a six month range of cut-off dates across the country: Students who transfer from one state to another can end up being a year and a half older—or younger—than the other kids in their class. If we ever move back to New York, our daughter will be a grade below children who are a few months younger than her.

And that doesn’t even take “redshirting” into account. The practice allows parents of children with late birthdays—which could be anywhere from May to November, depending on where you live—to hold their kids back an extra year before starting kindergarten. It’s especially popular among parents of boys, who may be less behaviorally mature than their female peers—and, let’s be honest, who may go on to play sports in which being older, and bigger, is an advantage.

Some places have tried to curb redshirting, which—despite what many parents think—hasn’t been proven to benefit kids socially or academically. (In fact, some studies have even shown the opposite to be true: As kids progress in school, being the youngest can be a boon in terms of performance.) In 2013, some of our New York neighbors panicked when the city decided to enforce the December cut-off date more firmly, making it much harder for parents to delay sending their kids to kindergarten.

Still, in most places holding your kid back isn’t difficult. If your would-be kindergartener’s birthday is a few days—or even weeks or months—before the cutoff, you’re free to keep him or her home and no truancy officer will come knocking on your door. It’s an “individual decision,” as one school official told me. For a child whose birthday falls a few days after the cutoff, though, that “individual decision” rhetoric gets thrown out the window.

Which is why I would like to personally endorse a two-part solution for leveling the playing field:

1. Enforce the rules equally. Ideally, school districts should take a much firmer stance on redshirting. It doesn’t help kids, and it makes things harder for teachers, who can end up with a nearly two-year age spread in their kindergarten classes. It’s also self-perpetuating: The more often kids are held back, the harder it is for parents to feel comfortable sending their late-birthday babies on time.

But if you’re going to allow redshirting, you’ve also got to give the parents of early-birthday kids the same leeway. I’ve got two daughters with birthdays right around the September 1 cut-off date, but as it stands now there’s one meaningful difference between them: With my late-August baby, I have a choice about when to enroll her. With my early-September baby, I don’t.

2. Create a national kindergarten cut-off date. Getting states to agree on anything when it comes to education is a challenge, I know. But picking a date and sticking to it could prevent a lot of headaches for families.

After moving to a new district, parents of young students (like mine) wouldn’t have to worry about having their child unexpectedly held back. (Or skipped ahead: Imagine if you suddenly found your child eligible for first grade, and he or she hadn’t yet enrolled in kindergarten!) And parents of older students wouldn’t have to worry about their kids ending up dramatically older or younger than their grade-level peers—something that gets a lot pricklier once the puberty years hit.