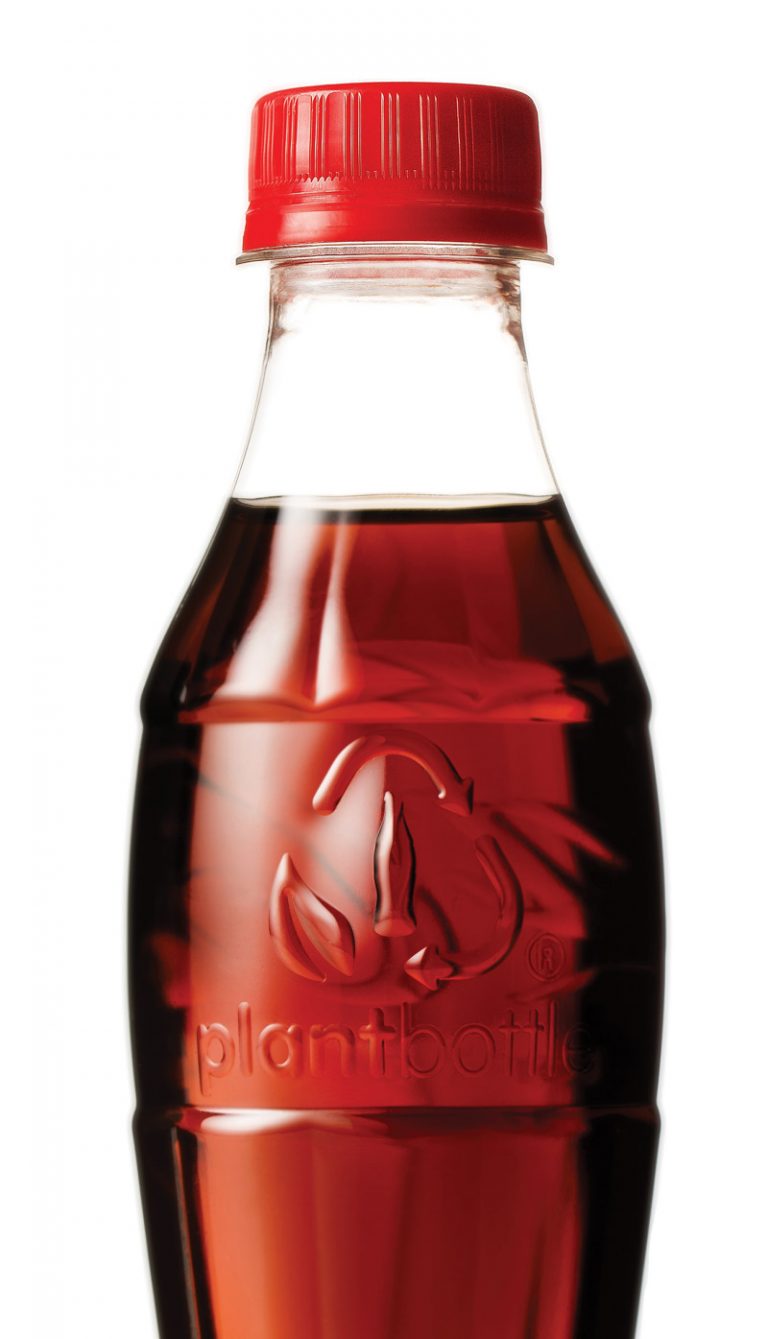 So distinctive it can be recognized by touch, the Coca-Cola bottle was originally crafted from glass dyed “Georgia Green.” It just got greener: At the World Expo in Milan this June, Coke debuted its first 100 percent plant-based PET plastic bottle.

2020
Year by which the company plans to convert 100 percent of PET plastic bottles to PlantBottle packaging.

40
Number of countries—from Peru to Moldova—where Coke has distributed more than 35 billion bottles of its original PlantBottle packaging.

743,000
Barrels of oil you would have to burn to produce the 315,000 metric tons of carbon dioxide emissions that Coke claims its PlantBottle technology has eliminated.