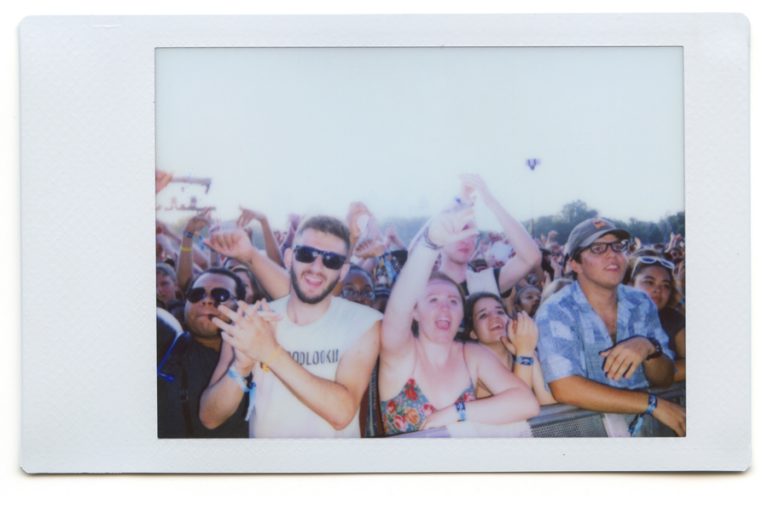 Last weekend marked five years since Music Midtown’s return to the Atlanta festival scene. Though the 2015 event featured four stages and 30 acts, there were only a handful of artists with Atlanta connections: part-time city resident Elton John, Killer Mike of hip hop duo Run the Jewels, and Atlanta-based August Alsina. Still, the festival lineup included a diverse range of acts, from Drake, Van Halen, Elton John, and Sam Smith, to Lenny Kravitz, Metric, Alice in Chains, New Politics, and Tove Lo. We captured it all through an analog lens, shooting with a Fuji Instax camera, just as concert-goers might have done at Music Midtown’s 1994 inaugural festival.

Music Midtown hits one out of the park 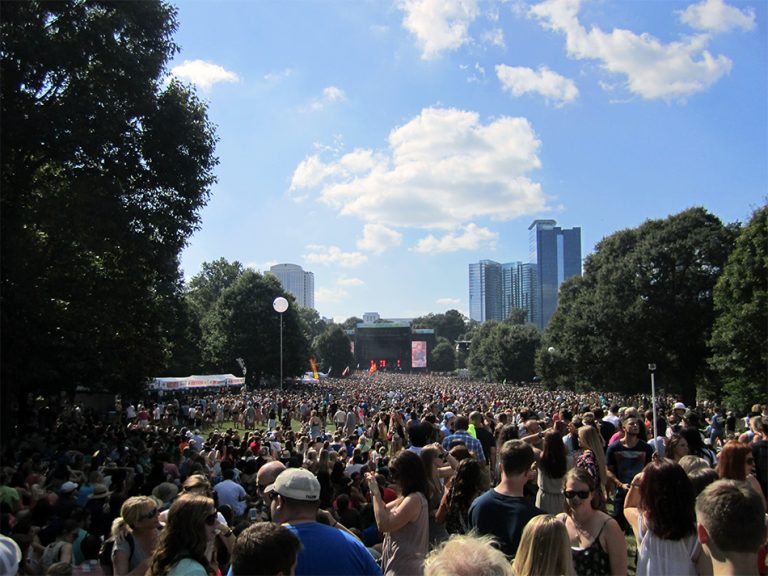 This past weekend, Music Midtown returned to Piedmont Park for a monstrous two-day, three-stage, 24-act music festival. Debuting in 1994 as Atlanta’s original music fest, Music Midtown paved the way for CounterPoint, TomorrowWorld, Imagine, and Shaky Knees, despite a six-year hiatus ending in 2011. This year it sold out, with 80,000 concert goers flooding the park each day. Further securing its status as “back and better than ever” were a slew of eclectic headliners including Eminem, Jack White, Lana Del Ray, and Iggy Azalea.

The weekend kicked off with Marietta-native Ron Pope—a pop-rock singer/songwriter now based in New York—crooning to early attendees on Friday afternoon. Later, classic hip-hop group Run DMC, one of history’s most influential rap acts, got the crowd going with “Mary, Mary,” their chart-topping hit from the ’80s. Rapper Iggy Azalea (who spent time in Atlanta when she moved from Australia to the United States) captivated fans and treated them to a surprise performance with local hip-hop artist T.I., who joined her for an electric rendition of their top 40 hit “No Mediocre.” After Lorde gave her typical energy-filled performance with her curly mane flailing, attendees had to make a tough decision—choosing between John Mayer and Jack White to close out their evening.

Day two—unlike last year—remained rain (and mud) free, continuing with more crowd-pleasers for young and old listeners alike. Alt-rock band Third Eye Blind took a break from recording their new album in San Francisco to attend, performing new material in addition to ’90s mega-hits “Semi-Charmed Life” and “Jumper,” to which everyone sang along.

Other Saturday highlights included Decatur-based B.o.B. (decked out in a Falcons hat and Matt Ryan jersey) returning to Piedmont Park, where he shot the music video for “I’ll Be In The Sky,” and performing with Atlanta local Young Dro for his single “FDB.” Later, Southern rock pioneer and Georgia resident Gregg Allman performed on one stage while Lana Del Ray serenaded a fanatic crowd with her sultry lyrics, despite last week canceling all European performances due to medical reasons. Del Ray spent time at the beginning and end of her show taking selfies with fans and signing autographs.

At set break, nearly all of Del Ray’s fans stayed in place, waiting over an hour to reserve their spots for Eminem’s performance (though some did depart to see local favorite Zac Brown Band). The controversial rapper performed for over an hour and a half with as much energy and lyrical-accuracy as in his earliest shows. The crowd ate up every song, from newer hits “The Monster” and “Love the Way You Lie,” to 2000’s “The Way I Am” and “The Real Slim Shady.” In typical Marshall Mathers fashion, he ended the show by flipping off the audience—rounding out another successful installment of Music Midtown.