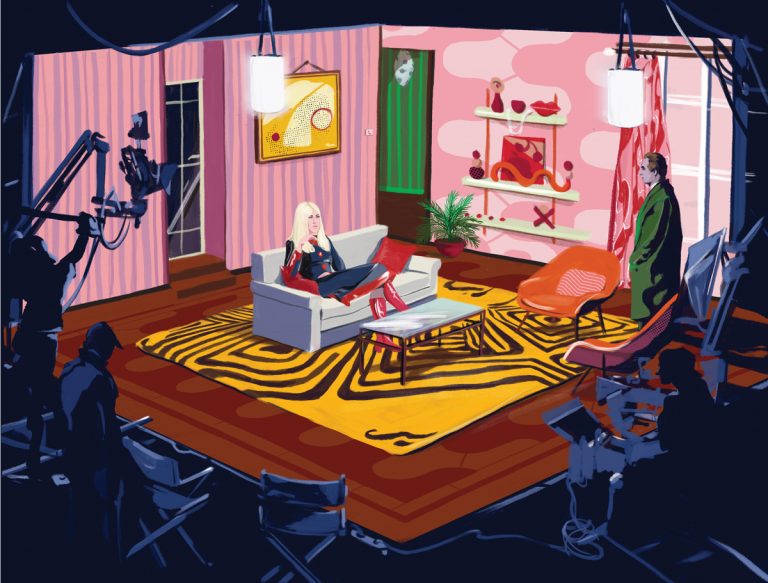 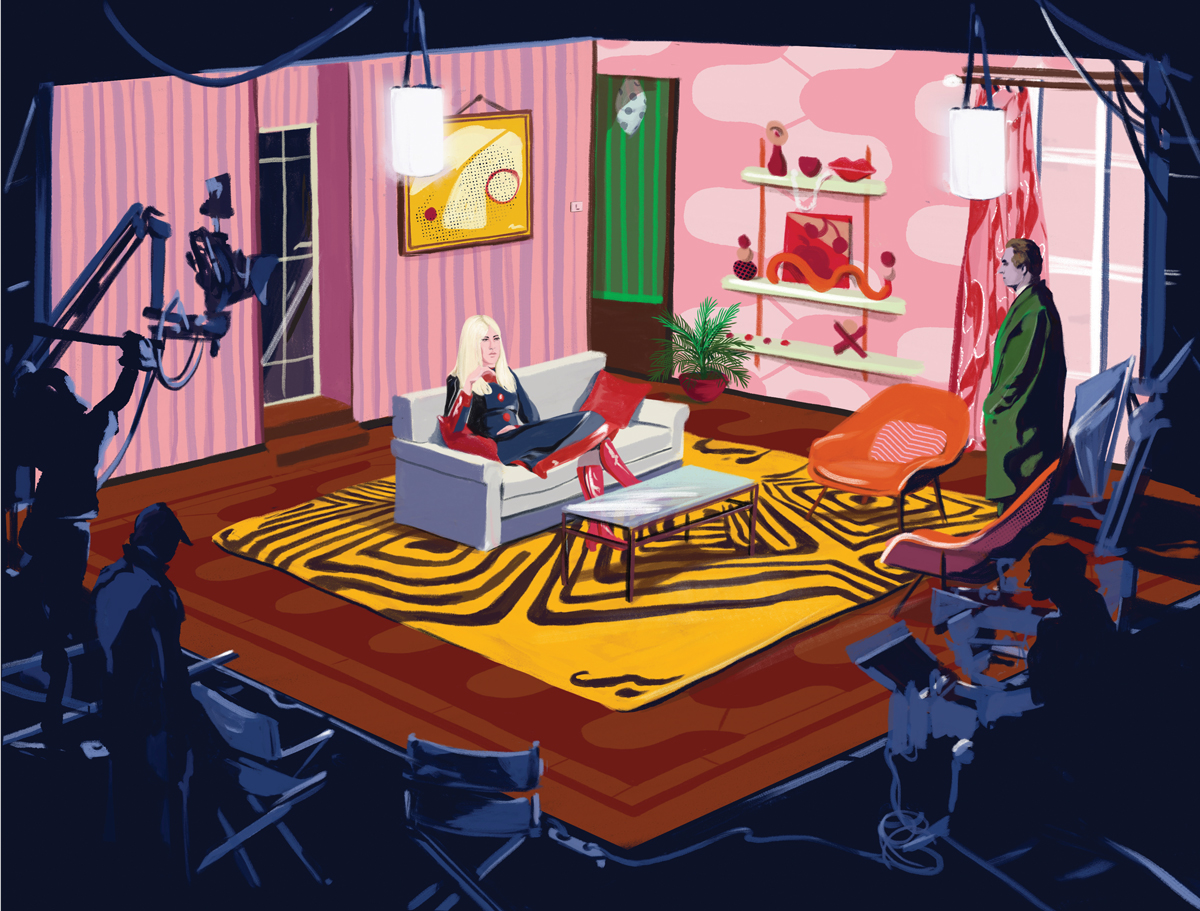 When I was around nine, I watched James Bond stroll into the modern desert lair of villain Willard Whyte in Diamonds Are Forever—and realized I knew that house. It was the 1969 modern masterpiece by architect John Lautner, who’d studied under my great-grandfather, Frank Lloyd Wright. Not long before, I’d visited the house in Palm Springs. It belonged to a friend of my mom’s, Arthur Elrod, interior designer to Hollywood A-listers. My sister and I had gone swimming in the spooky black-bottom pool overlooking the scorching hot desert that the scorpion had emerged from. You know, the one that was supposed to kill James Bond.

The circular, spaceship-like home springs from the landscape, built into the mountain rock and topped with a domed concrete roof pierced with skylights. Vladimir Kagan’s oversize, undulating sofa looks out through a ribbon of glass doors that disappear entirely when open. To this day, I’m more drawn to curves than sharp corners.

Movies have always inspired my interiors, whether it’s a color, a mood, a motif, a piece of furniture, or the story that the space tells about the characters on the screen. Here are three other movies I always come back to for inspiration.

The Holiday (2006)
Writer, director, and producer Nancy Meyers (Something’s Gotta Give, It’s Complicated) is famous for her dreamy sets, and The Holiday, starring Cameron Diaz (Amanda) and Kate Winslet (Iris) is no different. Meyers has a way of creating spaces that feel relevant years later. Each character is mourning a romance gone wrong, and when the two swap homes for a change of scenery, their lives are transformed. Though my own design style may align more with Amanda’s California modern home, I love Iris’s quaint English stone cottage, dripping with cozy layers, from chintz to rustic woods. The warmth works wonders in opening her heart and bringing intimacy back to her life. Details like the tufted ottoman in English blue velvet (instead of a stark coffee table) and an heirloom drum table are a reminder of little things that can soften spaces and add character and charm.

La La Land (2016)
For color in design, La La Land truly captivates, with its intense Technicolor palette and nostalgic, Old Hollywood feel. In Mia’s (Emma Stone) early days launching her acting career, her crash pad was filled with vivid colors. As she becomes more established, the hues become more refined. Color is used to guide the viewer through her story and stir emotion at every step. The soft sage and electric teal in the cafe scene inspired my latest showhouse color scheme. And Mia’s unforgettable yellow dress as she danced against the L.A. skyline at dusk is a reminder of the power of a single pop of color in a moody interior. Vibrant murals play a role throughout the film, adding to its artistic effect. The Ingrid Bergman mural in Mia’s bedroom is enchanting, enveloping the room in mood and meaning.

The Book Club (2018)
My latest inspiration is The Book Club, starring Jane Fonda (Vivian), Mary Steenburgen (Carol), Candice Bergen (Sharon), and Diane Keaton (Diane). Each character’s home bears their reflection; it’s a wonderful array of styles. Vivian’s hotel glam exudes effortless elegance, while Sharon’s condo feels practical and accomplished. Carol’s gourmet kitchen sets the scene for stylish entertaining. But Diane’s casual, tailored, collected home in Brentwood, where I grew up, resonates most with me, with its interplay of texture in rattan chairs, sisal rugs, and contemporary art. Keaton herself was an inspiration for the home and its collected look. Here’s a trick: Imagine what actor would play you if a movie were made of your life—then play close attention to the set design that surrounds them.

An Atlanta-based interior designer, Melissa Galt specializes in 90-day interior transformations and gets her inspiration from the movies. Her mother was the late Oscar-winning actress Anne Baxter, and her godmother, the legendary Hollywood costume designer Edith Head, who dressed the likes of Audrey Hepburn and Grace Kelly. 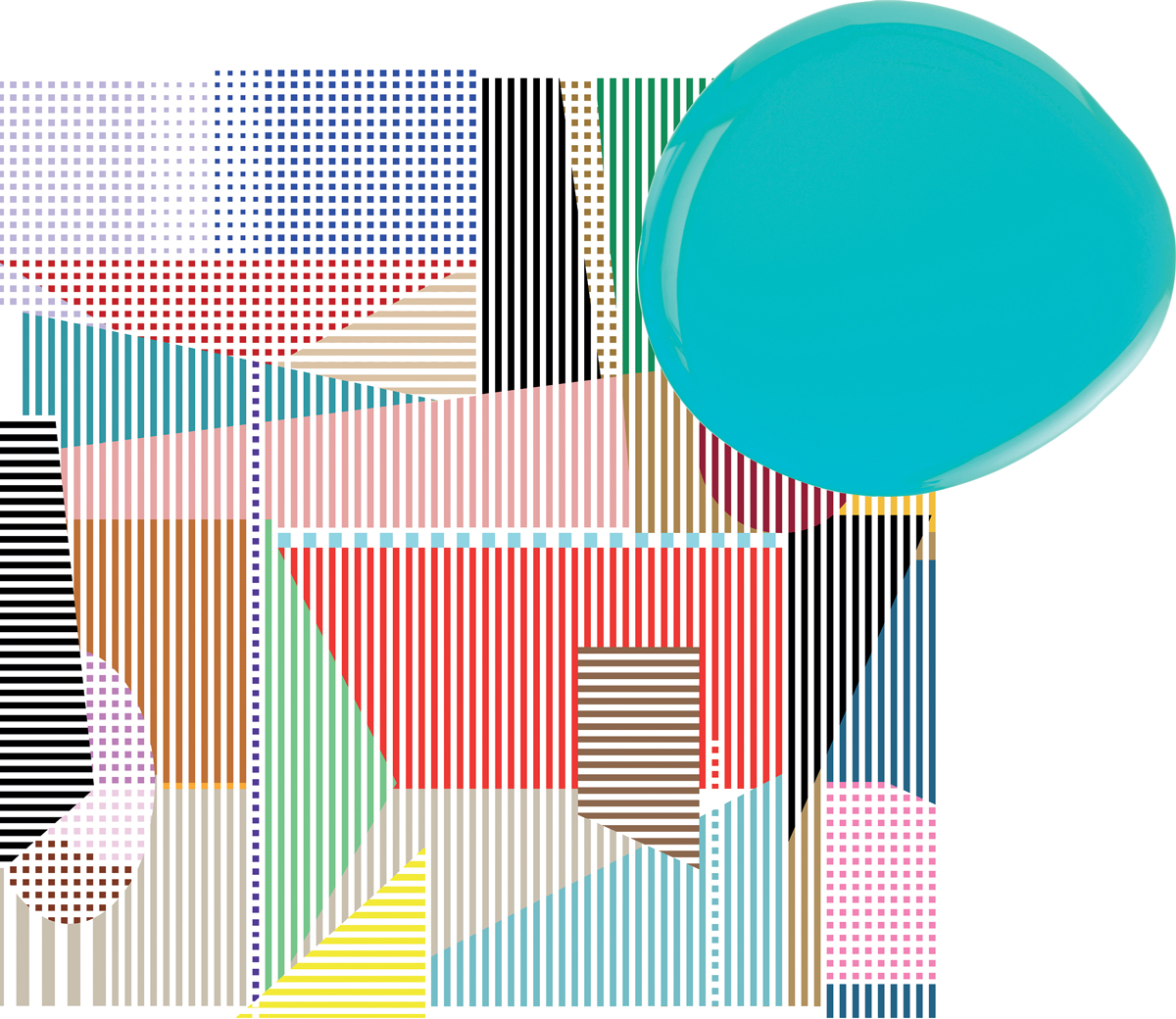 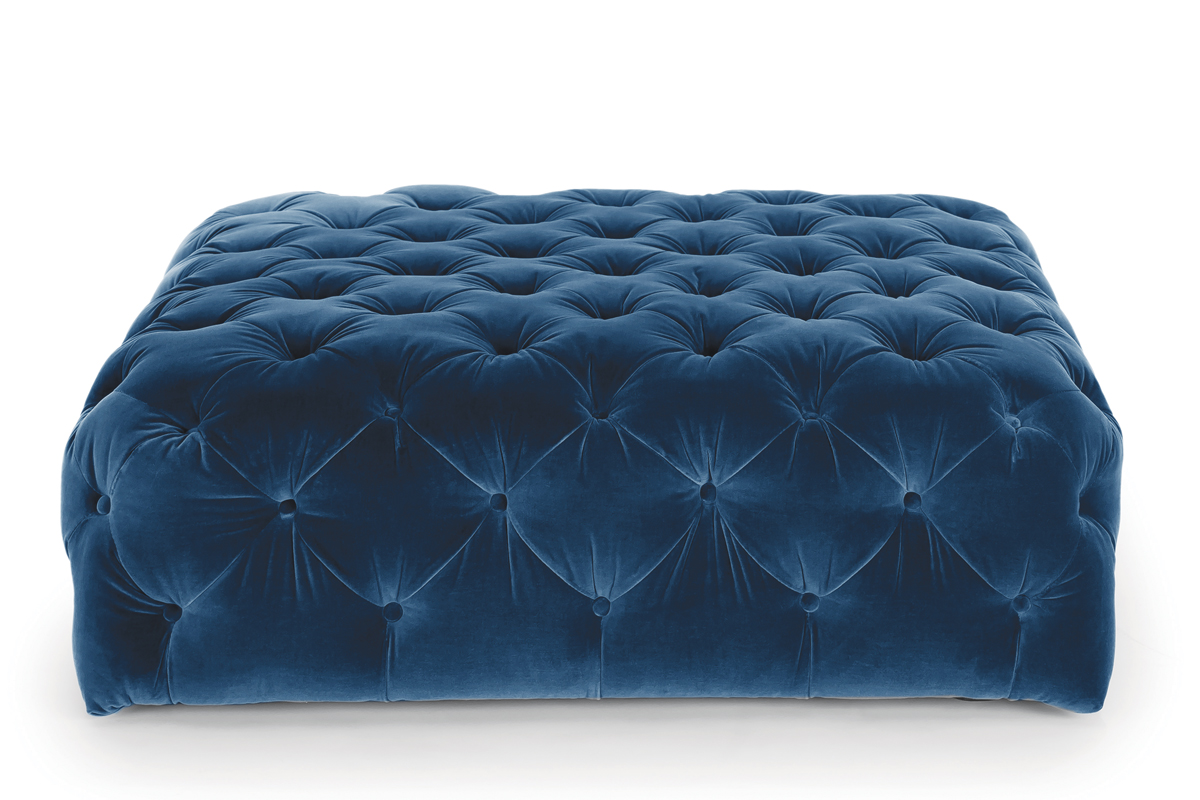 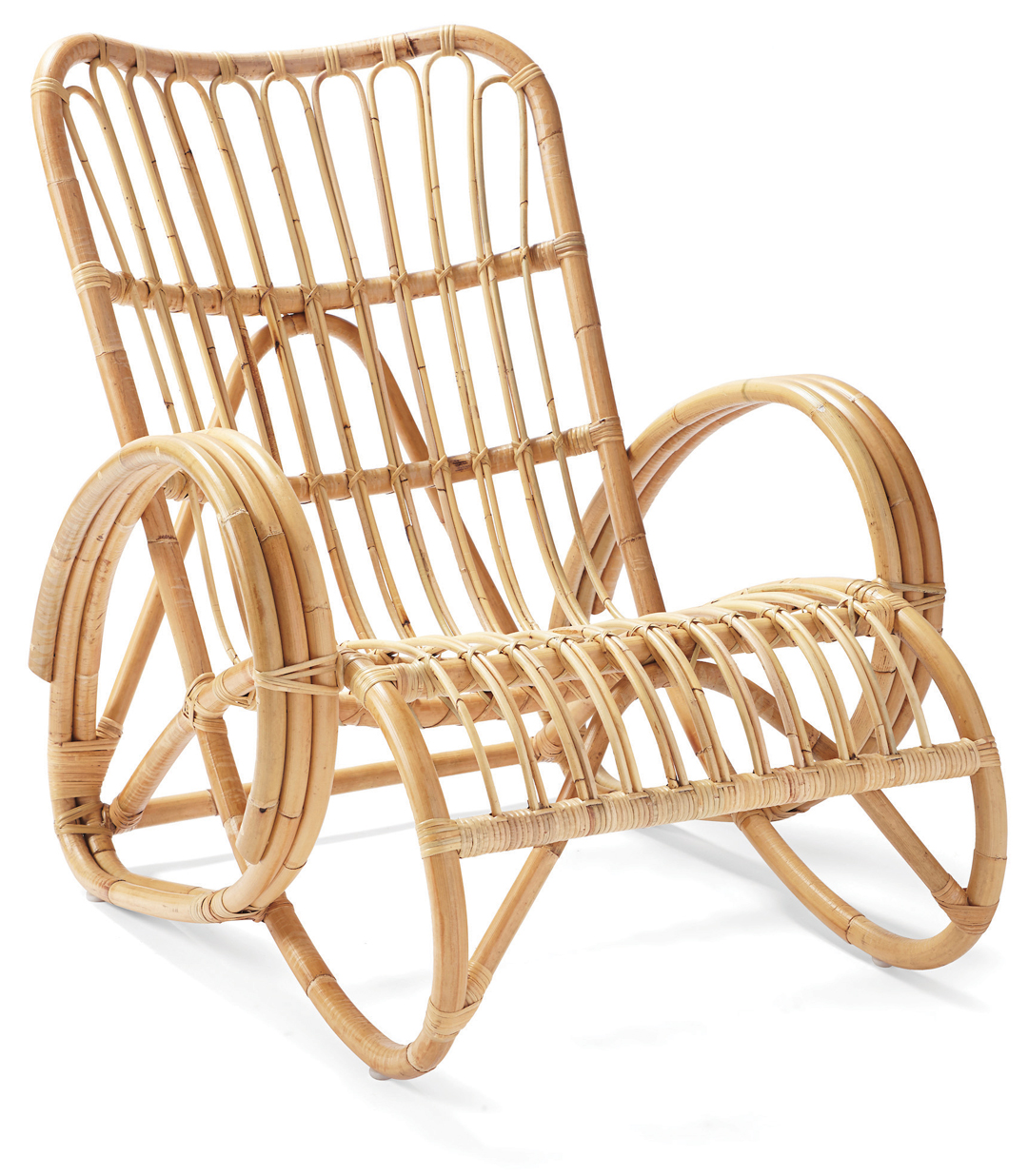