12 questions for Jeezy on all things Atlanta 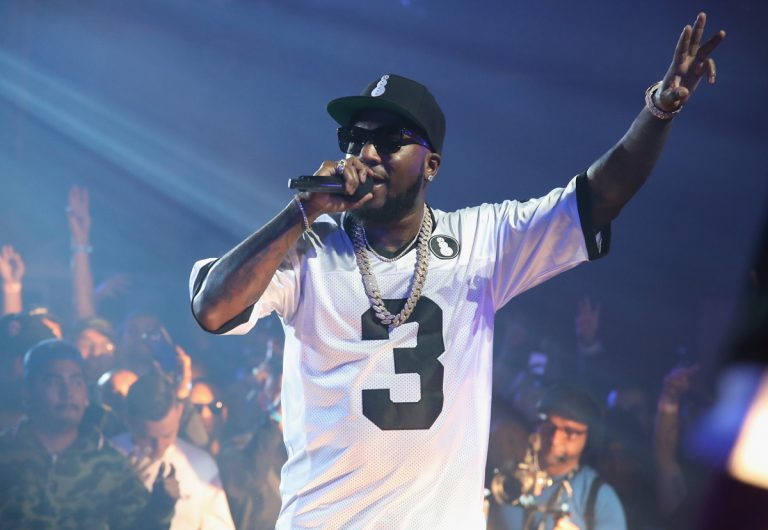 On Thursday evening, just minutes from his new studio, one of the most recognizable rappers of our time was inside Philips Arena debuting the Nike “City Edition” jerseys for the Atlanta Hawks. Jeezy (born Jay Jenkins in Macon) is one of the music industry’s trap pioneers, and his entrepreneurial spirit led him to pursue business ventures in real estate, marketing, and even restaurant ownership (he has a stake in Buckhead’s American Cut steakhouse). On the eve of the release of his 8th studio album Pressure, the four-time Grammy-nominated rapper sat down with Atlanta magazine to talk about his new six-story compound studio downtown and what else he’s doing in Atlanta.

What’s keeping you busy in Atlanta these days?
Oh man, just a lot of my business ventures. Everything from my ownership in American Cut to my real estate ventures to running my marketing company, Agency 99. Running the new studio I just built and put up in the same compound. It’s pretty busy. We got our hands full.

Why did you decide to build your studio downtown?
Why not? It’s accessible. It’s the heart of the city. The skyline view is crazy. Just being in the mix of things; being ten, fifteen minutes away from everything.

What’s the biggest change about the city that you’ve noticed since you started living in the Old Fourth Ward?
I mean, there’s a lot of real estate going on. There’s been a lot of condominiums, a lot of townhouses, a lot of skyscrapers [going up]. There’s more than you can count these days. It’s like they’re going up every other week, every other month. I come in, go out, and come back in and there’s always another building up.

I saw you at the Tee Grizzly show at Terminal West a little while ago. How do you see that side of town changing?
They’re building it up. Everything from Marietta Street to Edgewood; it has its own little vibe. When you’re in New York, you can go to different parts of the city and get another part of the culture. I feel like that’s what they’re doing with these streets. When you’re over there, it feels different than being in downtown Atlanta.

Have you seen the FX show Atlanta?
Nah, I haven’t. I’ve seen bits and pieces of it but I haven’t sat down to watch a whole season.

Where in Atlanta would you recommend tourists check out?
I mean, I’d say why not see the whole city? You come and see all the way from Buckhead to Bankhead and you’ll see different things. There’s so much to offer. I mean from going out to Stone Mountain to even Camp Creek. There’s so many things you can do. That’s what I love about Atlanta. It’s the same culture but there’s a different feeling about it. If you go on Edgewood, it isn’t going to be the same as Peter Street. Peter Street won’t be the same as Buckhead. Buckhead is not going to be the same as Decatur. You get a little bit of everything, and I think that’s what makes it special.

What are some go-to items to order at American Cut?
Definitely the steak. Definitely the grilled branzino. My favorite is the sweet potato soufflé. It’s crazy.

Atlanta the new L.A.?
Atlanta is the new Atlanta. We’re not trying to be like anybody else. We’re building our own culture. We got out our own things in music, in entrepreneurship. There’s so many opportunities here and so many outlets. You can see a lot of movies [filming] here now, a lot of big business. Nobu’s on the way. I feel it’s glowing from the inside out. I see the city for what it is supposed to be.

Are there any features coming up that you are excited to be on?
I got a few things in the pot. I’m going to let them simmer a bit. Next year is gonna be better than this year.

What are you watching on Netflix these days?
Nothing at the moment, because I’m working. I don’t really watch a lot of TV, man, I like to work a lot.

If you were stuck on an island and you could only listen to three albums, which would they be?
[2Pac’s] All Eyez On Me disc one, disc two, and Makaveli.