It’s only been around for five years but has already established itself as the largest temporary public arts event in the Southeast. In addition to compelling temporary installations along the 22-mile trail and permanent additions of sculpture and murals, the annual program showcases dozens of local performers (music! dance! drama! drumming!). It kicks off with the exhilarating Lantern Parade, which drew more than 20,000 participants this year. art.beltline.org 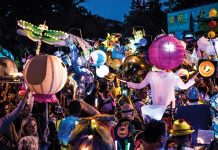 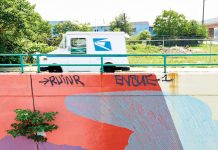 What defines graffiti as art or vandalism?