Elizabeth Florio - June 27, 2012
MARTA train riders, check it out: A Georgia Tech prof has created a simple webpage that shows all businesses within a half-mile of MARTA stations that have at least four stars on Yelp. Itsnearmarta.com is pretty helpful if you're traveling by transit and looking for a bite to eat or a nearby tattoo parlor. (But watch out for Yelp mapping errors; a quick inquiry into how the heck the Popeyes in Vine City nabbed four stars showed a mixup with the airport location. You know how out-of-towners love their authentic Southern cuisine.)

Of course, we've blogged before about how even short walks from MARTA can be unpleasant and unsafe. But such is not the case with all MARTA stops, and we dig any effort to get people exploring the city on foot.
Read more

Our Place in the Universe: No. 10 for real GDP

Jackson Reeves - June 26, 2012
A chart from the McKinsey Global Institute looks at what cities were most economically powerful, in terms of real GDP, in 1978, and what cities were most powerful in 2010. And Atlanta went up five spots from fifteenth place to tenth! Thanks, Olympics!
Read more

Elizabeth Florio - June 26, 2012
Tonight on NBC, native Atlantans Eric Shanteau and Kathleen Hersey will vie for Olympic spots in the 100-meter breaststroke and 100-meter butterfly, respectively. The depth of USA swimming talent is such that Olympic trials—where the top two finishers in each event qualify—are often more fiercely competitive than the Olympics themselves. Shanteau, a 2002 graduate of Parkview High School, enters tonight's finals with the fourth-fastest semifinals time, 0.07 seconds off second place, while Hersey, a 2008 Marist graduate, enters tonight's finals in third, off by 0.01 seconds.

The broadcast starts at 8 p.m. NBCOlympics.com will also stream the races.

Shanteau won hearts in 2008 when, just a week before Olympic trials, the then-24-year-old was diagnosed with testicular cancer. He opted to delay surgery until after the Beijing Olympics, where he competed in the 200 breaststroke. In 2010, his father, Rick, died from lung cancer.

Hersey, who also competed in Beijing, has her own well of inspiration from which to draw. Adopted as an infant, she cites her father, wheelchair-bound from a spinal aneurysm, as her hero. This past January, she lost her mother, Regina, to colon cancer.

No matter what happens tonight, both swimmers will race again in their stroke's 200-meter contests.
Read more 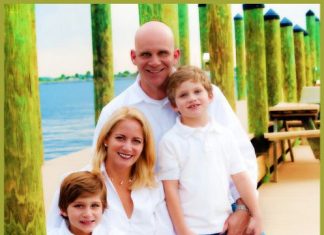 Richard L. Eldredge - June 21, 2012
For months, Elise Roth Tedeschi's nearly 2,000 Facebook friends have been closely monitoring her status updates as the beloved Atlanta publicist battles pancreatic cancer. But this month, the details of Tedeschi's scary prognosis — she was diagnosed with Stage Three pancreatic cancer in January — were made public for the first time as friends organize a June 29 benefit, Feel The Love Elise, at the Hard Rock Cafe downtown.
Read more

How I walked the Atlanta Streetcar route and became a convert—well, basically.

Rebecca Burns - June 19, 2012
Last weekend, my husband and I walked the 2.6-mile Atlanta Streetcar route. I’ll admit I embarked on this jaunt as a skeptic. Our hike down Edgewood Avenue (right) might not have delivered a full-on Road-to-Damascus epiphany, but it certainly left me ready to do a little evangelizing on behalf of the project.
Read more

T-SPLOST project spotlight: Save GRTA Xpress and save your soul

Elizabeth Florio - June 14, 2012
Anyone who rides MARTA semi-regularly knows to keep eye contact to a minimum and avoid conversation except in the direst circumstance ("Is this Doraville or North Springs?"). It’s not rudeness. It’s just the way one behaves on public transit.
Read more 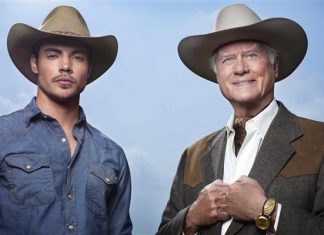 Richard L. Eldredge - June 12, 2012
TNT pulls off the seemingly impossible with its stylish relaunch of the “Dallas” franchise debuting Wednesday night at 9 p.m.on the Atlanta-based basic cable drama network — it immediately sucks you back into the original show’s nonsensical whirlpool of greed, illicit affairs, oil and real estate. But it’s a guilty pleasure with a legacy and soul.
Read more 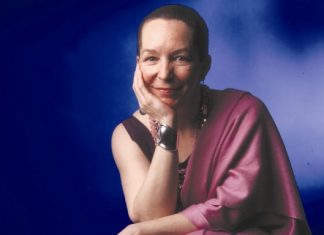 Pearl Cleage wrote a poem to memorialize the Orly crash

Jackson Reeves - June 11, 2012
On June 3, we remembered the fiftieth anniversary of the famed Orly crash, which killed nearly all of Atlanta's most influential arts patrons at a time when the city needed their guidance most. The Woodruff Arts Center eventually rose like a phoenix from the proverbial wreckage, so it's fitting that the Alliance Theatre thought it appropriate to immortalize the tragedy in poetry.
Read more 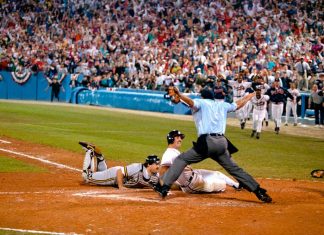 Richard L. Eldredge - June 8, 2012
Of course, the main reason to lose your voice screaming at The Ted this weekend is tonight's sure-to-be-tearful salute to John Smoltz as his No. 29 jersey is retired forever when the iconic pitcher is inducted into the Braves Hall of Fame during a pre-game ceremony at Turner Field.
Read more
Load more