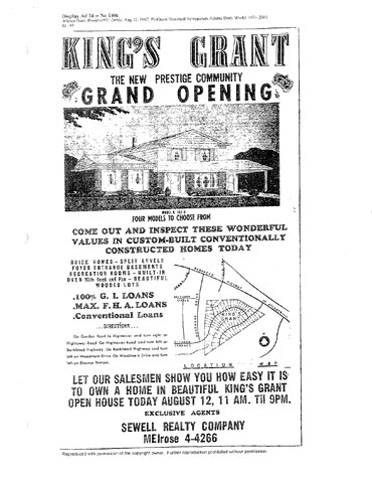 At long last, Collier Heights—a West Atlanta neighborhood built by and for African Americans—has been designated as a Local Historic District by the City of Atlanta, the mayor’s office announced today.

The fifty-year-old ranch house development was named to the National Register of Historic Places in 2009, but that designation did not protect its architectural integrity. Now, under an ordinance approved by City Council on May 7, all new construction and alterations to home exteriors must be reviewed by the Atlanta Urban Design Commission.

Local residents have worked for years to establish these new safeguards. The area is significant as a particularly well preserved example of midcentury design, but it is even better known as a groundbreaking refuge for upwardly mobile African Americans during the turbulent Jim Crow era. Its founding residents were a virtual Who’s Who of Atlanta: Rev. Martin Luther King Sr., Herman J. Russell, and Rev. Ralph David Abernathy, to name a few.

To learn more about Collier Heights’ fascinating history, see our story A Separate Peace from May 2010.