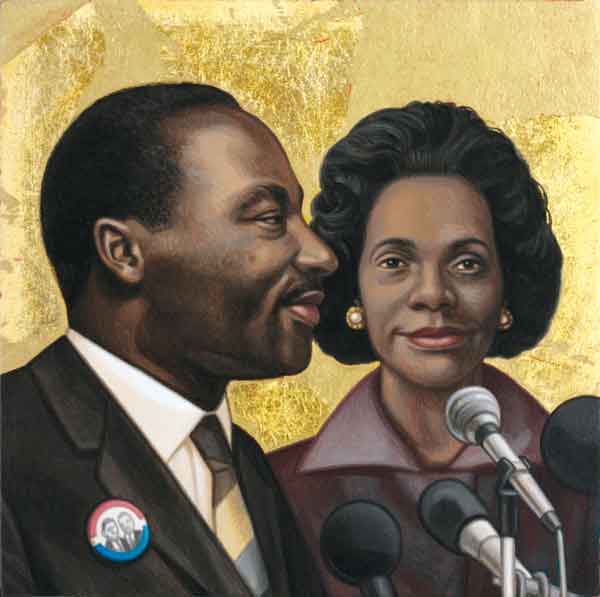 The greatest orator of the twentieth century inspired seismic changes at home that reverberated around the world. His soaring rhetoric was more than lip service: He was scorned, stabbed, jeered, jailed, tailed by the FBI, and finally slain by a rifle blast before he turned forty. As his wife said a few days after his death, “He was a symbol of the finest man is capable of being.”

Hometown Cold Shoulder After King was awarded the Nobel Peace Prize, plans to organize a dinner in his honor met resistance from leaders in Atlanta’s white business community. When the dinner finally took place, it was delayed by bomb threats and marred by Klansmen outside. Three years later, as the world converged on Atlanta for King’s funeral, most whites stayed home out of fear or protest.