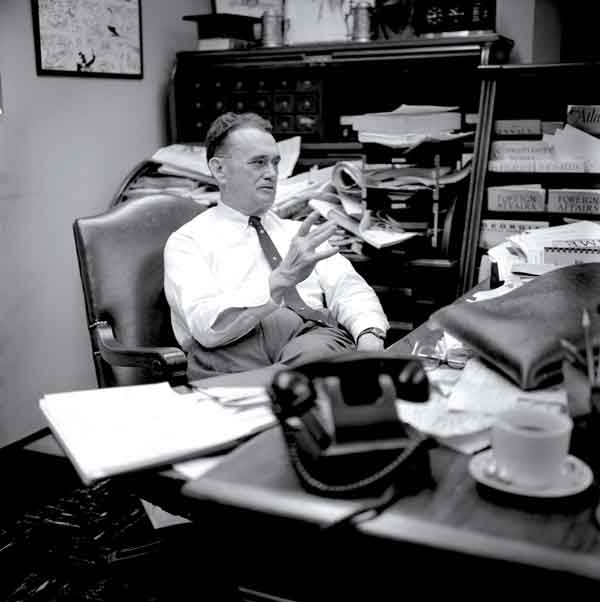 McGill won the Pulitzer Prize for editorial writing after he denounced the 1958 bombing of the Temple on Peachtree Street. The lionhearted journalist, who had covered the rise of Hitler, linked the bombing to the racial hatred of the South’s white leaders: “When the wolves of hate are loosed on one people, then no one is safe.” His civil rights columns established him as the “Conscience of the South.” When racists called his home asking for “Rastus,” McGill let his dog bark into the phone. Starting as a sportswriter, he rose to the position of publisher of the Atlanta Constitution. Over the span of his career, he wrote 10,000 daily columns, many of which bordered on poetry about the full breadth of Southern life.