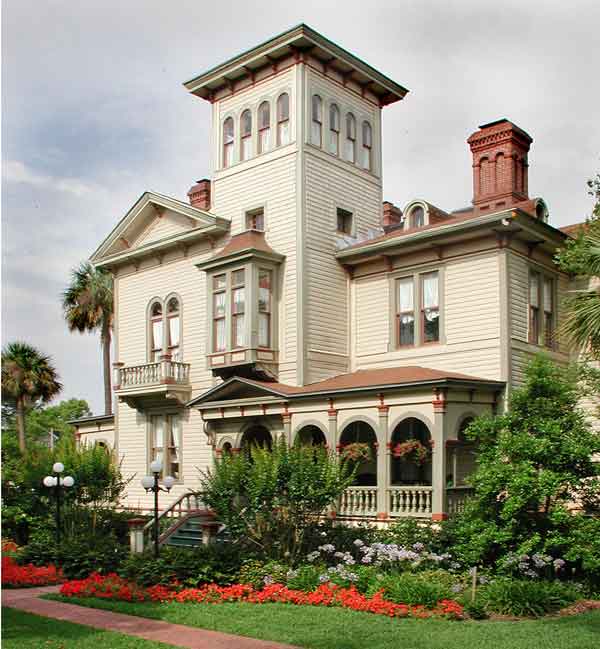 Rob Hicks is sweating, his breath at a light pant, as he points out the Fairbanks House. The four-story, twenty-room residence, built in 1885 in Amelia Island’s Fernandina Beach by historian and citrus producer Major George R. Fairbanks, now serves as a bed-and-breakfast.
“And over here is the Amelia Island Museum of History,” he says, picking up his pace past the redbrick building. “And this is the dentist’s office where Paul McCartney went to deal with a tooth emergency during the Super Bowl.” Then Hicks notices that this tourist, who overindulged at dinner the previous night, has fallen a few paces behind. “You okay?”
Hicks, a young guidance counselor who also coaches girls flag football at the local high school, is the owner of Peg Leg Running Tours of Amelia Island and Fernandina Beach, and on this sunny Sunday the avid runner is leading me on a 3.25-mile jog through downtown Fernandina, past the historic churches, the stately homes, the brick storefronts, the boats shored at the waterfront, the painting of the eight flags that have flown over Amelia since 1562, and a statue of a pirate in the main business district on this thirteen-mile-long island just off the coast of northeast Florida.
Though Peg Leg presents a quick method of seeing Fernandina Beach—including Florida’s oldest continually operating bar, Palace Saloon—you don’t necessarily need a guide to get a good sense of this small town set up on a sensible grid. The same cannot be said, however, for the tranquil but sprawling property a few miles away at Amelia Island Plantation.
“Yeah, this place is confusing. Turn the map upside down; it will make more sense,” the woman at the gatehouse said when I asked for directions. But really, there are worse places to get lost. The quiet roads take you under a lovely canopy of 200-year-old live oaks, dripping with Spanish moss, and blue heron fly over the salt marsh. There are many lodging options on the 1,350-acre property, though most require a bicycle or shuttle to reach the 3.5-mile stretch of private, shelly beach. If you want easy access, the best bet is Omni Amelia Island Plantation, which also gets you closest to the resort’s two pools and on-site restaurants.
For lunch, try the hotel’s country-clubby Sunrise Cafe, with a view of the ocean, attentive service, and a solid menu of sandwiches, salads, crab cakes, and bruschetta. Or, if you plan to get a massage at the small but peaceful Spa at Amelia Island Plantation (try the unique eighty-minute Lomi Lomi, with strokes inspired by the Hawaiian hula, for $170), pick up light fare at the adorable French-influenced market, Marché Burette, just a few steps away.
For dinner, head nearby to Salt, the restaurant at the Ritz-Carlton, Amelia Island. A variety of exotic salts arrives with meat entrees, though servers caution that the food has already been properly seasoned. The Big Eye tuna carpaccio ($16) is like a delicious treasure map, with curled edges and bits of purple potato and tiny quail eggs. The generous portion of Painted Hills filet mignon ($42) doesn’t need the pure ocean horseradish salt that accompanies it. And go ahead and indulge in subtly sweet apple tarte Tatin with caramel sauce, apple foam, and vanilla bean ice cream ($12). If you ran with Hicks, you’ve earned it.
Photograph courtesy of Amelia Island CVB
Advertisement