Don’t be fooled by the cobblestone streets, quaint town square, and Spanish–and West Indies–inspired cottages; Rosemary Beach was developed just 20 years ago. It was designed to be charming and walkable, but indulge in its luxury and it’s easy to conclude that authenticity is overrated. Shop for a designer swimsuit at Bombora Sun & Surf, help yourself to the Bloody Mary bar during brunch at the Pearl hotel’s Havana Beach Bar and Grill, or sample Spanish treats at La Crema Tapas & Chocolate. And that’s all before you head across the boardwalk to South Walton County’s famous sugar-white beaches.

Rosemary is the easternmost in a string of communities along 30A, the scenic highway between Destin and Panama City Beach. Stroll the whole town in under an hour, or rent a cruiser from Bamboo Bicycle Company and ride to picturesque nearby developments such as Alys Beach, WaterColor, and Seaside.

Where to stay
The Pearl, which opened in 2013, is the crown jewel of Rosemary. The posh 55-room boutique hotel and spa caters to adults, which is good to know during spring break, when teens flood the Panhandle. The pool, in a courtyard surrounded by private terraces and curtained cabanas, is restricted to guests 21 and up. Request a room on the southwest side for a balcony with ocean views, and catch a sunset from the colorful rooftop bar. From $379

Where to eat
Across the street from the Pearl is Edward’s, a white-­tablecloth cafe that’s like a French bistro with a coastal Southern accent. Chef Ed Reese worked with James Beard Award–winning chef Frank Stitt in Birmingham before opening Edward’s in 2012. Enjoy live music on the patio most nights, and—if available—order the fish fingers appetizer. Nothing like the freezer-aisle variety, these are big, crispy, and flaky.

What else to do
For outdoor activities (other than reclining on the Pearl’s beach chairs), the hotel provides complimentary bikes and kayaks, as well as access to a racquet club and two nearby private golf courses, Camp Creek and Shark’s Tooth. Or spend the day at Grayton Beach State Park—just a 20-minute drive down the highway—where you can walk tree-lined trails full of wildlife, kayak on a serene lake, and ogle the impressively large dunes. Stay for dinner at the Red Bar, a quirky beach shack that serves strong drinks and large helpings of seafood specials under red lights. Hear live jazz Tuesday through Saturday.

Fishing fix
Need frozen squid at 4 a.m.? No problem! Yellowfin Ocean Sports in Seagrove Beach (five miles down 30A) has a bait vending machine on the front porch so fishermen can get equipped 24/7.

For the Treasure Hunter
The Gulf’s shorelines are known for having some of the best shell hunting in North America. Rosemary’s quiet white sands make it easy to spot good ones, like colorful scallops, moon shells, and conchs. Get up early for the best finds. 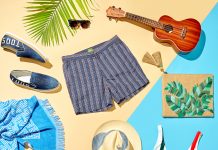 Beach, please! 14 stylish finds to take to the coast 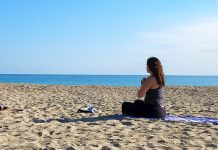