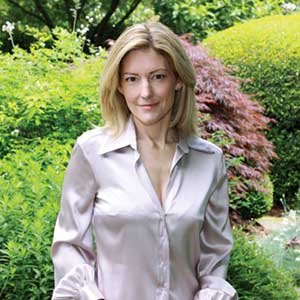 The film version of The Help began production in July—in and around Greenwood, Mississippi—as the book itself passed an extraordinary milestone: one solid year on the New York Times bestseller list. It was one of the biggest success stories of 2009 and well into 2010, with more than 2 million books in print.
Kathryn Stockett, who lives in Midtown Atlanta with her husband and daughter, famously received at least sixty rejection letters before landing a publisher for her first novel. Set in Stockett’s hometown of Jackson, Mississippi, at the cusp of the civil rights movement, the novel explores the intricately choreographed relations between white society matrons and the black maids who ran their households.
Among the film cast: Viola Davis will play Aibileen, a formidable black maid who has raised seventeen privileged white children. Octavia Spencer is strong-willed maid Minny. And Emma Stone (of Zombieland) will play the pivotal role of Skeeter, the earnest, young, white college graduate who befriends Aibileen and Minny and starts asking all the hard questions about black-white relations in the 1960s South. Stockett’s own childhood maid, Demetrie, was the inspiration for the book.
Stockett, forty-one, who says she never really expected many people to read her book, seems genuinely surprised by all the attention. She is soft-spoken and self-deprecating—quintessentially Southern—and she says, “Oh gosh,” enough to convince any skeptic that she has maintained a sense of wonder at her own journey.
From a stop in Salt Lake City, Utah, on an exhausting national book tour, Stockett talked recently about fame and memory and big news: a possible prequel to The Help.

How are you holding up? This is the most intense thing I’ve ever experienced. [Laughs] I lead a slow lifestyle usually. But you hit the road and you just don’t stop.