Move Loot, a San Francisco-based online consignment store for secondhand home goods, opens a branch in Atlanta today. The service is similar to digital marketplaces like Chairish and 1stdibs but maintains a local warehouse and moving staff so that neither sellers nor buyers have to worry about delivery. Launched in 2013, the company has raised more than $9 million to expand. Atlanta is its fourth market, after San Francisco, Raleigh-Durham, and Charlotte. You can find them online or through an iPhone/iPad app.

How it works: Sellers send photos of their furnishings to Move Loot. If the company’s curators accept the piece, movers then pick up the item and take it to the warehouse at no cost to the seller. Move Loot cleans the piece, photographs it, and posts it for sale. When the piece sells, Move Loot delivers it to the buyer, who can return it for free if it doesn’t meet expectations. The seller receives 50 percent of the proceeds. If the piece does not sell, sellers have the option of donating it to charity (Move Loot works with several local partners), putting it in a flash sale at a reduced price, or having it returned for a restocking fee.

What furniture sells: According to CEO Bill Bobbitt: “Dressers! In all markets at all times, dressers are our number one seller. Followed by couches. Think about it: When you first move in or are refurnishing, what do you need most? A dresser because you’d rather not pile your clothes on the floor and a couch because you have to sit somewhere.”

What styles sell: Quality is a bigger factor than style, says Bobbitt. If an item is well made, it doesn’t matter if it’s traditional or contemporary. 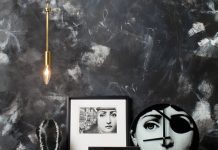