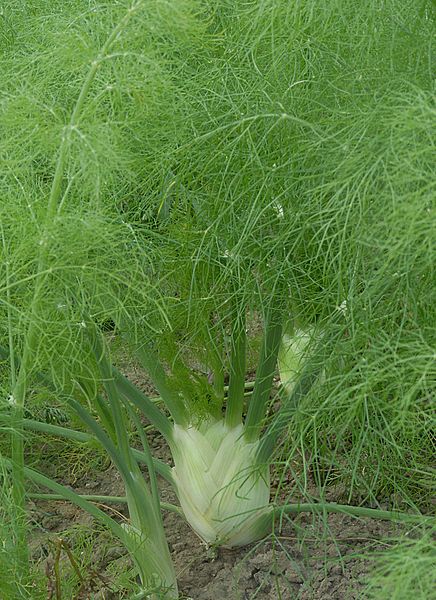 Florence fennel—the lightly licorice-flavored plant whose stems form an edible bulb at their base—usually makes a very brief appearance this time of year in our part of the world. That’s because the seeds are sown after the last frost, but the plant must be harvested before it bolts in hot weather—and in Georgia, that hot weather often comes before the fennel bulb has gotten much heft. But thanks to a surprisingly long spring, we’re seeing some really beautiful fennel right now.

So, stock up. And don’t worry about what you’ll do with all that fennel. With its delicate flavor that complements both sweet and savory foods from citrus to seafood, fennel is incredibly versatile. Even if you think you hate licorice, you may be surprised by fennel’s subtle taste, which is more refreshing than overbearing.

Local, organically grown fennel bulbs are usually not as large as the ones you can buy in the grocery store, but that’s a good thing because they’re also more tender. Often, the central core, which must be discarded in large bulbs, is still edible in smaller bulbs. (Just try a little of it to judge for yourself. If you find yourself chewing and chewing, remove it.) The remainder of the bulb is either halved or cut into wedges lengthwise, or thinly sliced crosswise. The stalks are tough, but the feathery leaves can be chopped and incorporated just like you’d use any other fresh herb.

Chefs love fennel, which can be used raw in salads, braised in broth or white wine, roasted with root vegetables or baked in a gratin, among other preparations. In fact, this Saturday, chef Tyler Williams of Woodfire Grill will show shoppers at Morningside Farmers Market how to prepare fennel in a hybrid dish that is both roasted AND dressed. If you can’t make it to the market at 9 a.m. Saturday, you’ll still be able to find his recipe for Roasted Beets, Fennel and Carrots (served with blackberry vinegar, farro and local yogurt) here over the weekend.

In the meantime, here are 10 other ways you can serve fennel: 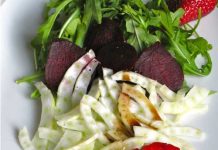 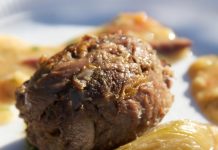