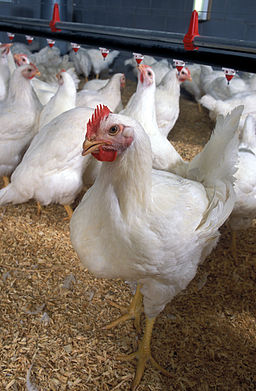 Chicken lovers, try to wrap your mind around this nugget: In Georgia, the Poultry Capital of the Universe, there is no practical way for a small-scale independent poultry grower to process birds for sale.

That’s right. The only poultry processing plants operating in Georgia are the ones that kill enough birds per year—upward of 100,000 but more often in the millions—to cover the costs associated with stringent state food-safety and wastewater-disposal rules as well federal requirements for USDA on-site inspection of each and every bird slaughtered. The little guys, the ones who only want to raise and safely process fewer than 20,000 birds a year (the federal threshold for USDA oversight) have no in-state, let alone on-farm, options.

So how is it that some locally grown chickens are sold at area farmers markets? Those farmers fall into one of three categories: They’re either transporting their live chickens to processing plants in other states (at added cost and stress to themselves and their birds), or they’re meeting state requirements for legally processing fewer than 1,000 birds per year on farm (and therefore not making a living), or they’re operating in a regulatory gray area, not officially legal in this state (and certainly not sanctioned), but also not being actively shut down at this time.

“We want them to be able to come out of the shadows, or we want them to quit driving out of state—that is just absurd,” says Jennifer Owens, advocacy director for Georgia Organics. The non-profit organization recently released a study that explores the feasibility of several different options: a processing unit that would travel from farm to farm for on-site processing; a centrally located fixed-site processing facility; and adding a poultry line to one of the existing independent red-meat slaughterhouses in the state.

“Our top-line goal is to have a legal, economically viable processing facility for poultry farmers,” Owens says.

Regulatory vs. financial hurdles
The best bet? Adding a line to an existing plant, the feasibility study concluded. An add-on poultry line could share trained staff as well as cold storage space at a red-meat slaughterhouse. One such facility considering adding a poultry processing line is West Georgia Processing.

Although building a mobile processing unit would be far less expensive than building a fixed-site facility, and would also mean that birds would not have to endure transport to a facility before slaughter, the study concluded that regulatory complications do not make this option feasible.

According to the study, construction of a fixed-site independent facility would cost about $850,000; operations costs for the first year would be just over $100,000. In four years of operation, the study estimated, such a facility could reach processing levels of 50,000 birds per year, the approximate break-even point for annual operational expenses. But to get there, the enterprise would require considerable financial support, either from grants, private investment, or some combination of public and private support.

It could happen
A new independent plant is a very real possibility, Owen says. She just joined a steering committee in Crawford County that is exploring partnering with a nearby college to build a poultry plant; it might serve as a training facility. In addition to West Georgia Processing’s plan to add a poultry line, the feasibility study cites two other ventures in the works: a multi-species processing plant in Bowden that could include a poultry line, and a community-based effort in Roberta. But best-case scenario, Owen figures, Georgia poultry producers are looking at a two-year wait for some sort of in-state, fixed-site poultry processing option. That’s why her organization has not given up on encouraging the Georgia Department of Agriculture to create a clearly legal path for on-farm slaughter of up to 20,000 birds per year, as permitted by federal law. Such a project would also require involvement of the state Environmental Protection Division, Owen says, to address current hurdles in economically feasible wastewater disposal requirements.

“States we’d like to emulate—North Carolina is an example—allow up to 20,000 birds to be slaughtered on farm, but they have regulations to make sure food safety rules are being followed,” she says. “We want some reasonable food safety regulations put into place. But it needs to be different than the way it is now.”